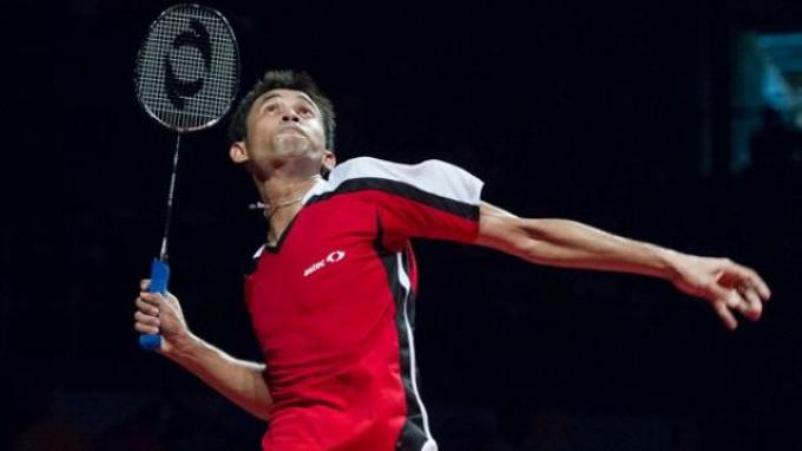 CHONG Wei Feng failed to deliver the much needed first point for Malaysia which he did in previous matches and it spelt disaster for the defending champions as they fell to a 4-0 defeat to hosts Indonesia in their third match in the 3rd edition of the Axiata Cup at the Britama Sports Hall in Jakarta on Saturday.

“Frankly, I had expected a 2-2 draw or a 3-1 win but to win 4-0 is a big surprise. The players played well and rose to the occasion to deliver this splendid win,” Ayono.

The Malaysians fell like ten pins on a day when nothing went right on Court 1 after winning their first two matches by 3-1 margins on Court 2 – against Vietnam and Asia. The change of courts affected the Malaysians badly while the Indonesians have all their matches played on Court 1.

But in coach Pang Cheh Chang’s own words “one defeat does not mean it is the end of the world or we will lose more matches” as Malaysia prepare to look towards two more tough matches – against Thailand on Sunday and against Europe on Monday, which will also be played on Court 1.

“We played our first two matches on Court 2 and moving to Court 1 against Indonesia made a lot of difference. Indonesia have been playing on Court 1 since day one of the tournament and got used to the draft, the lighting and the environment. It affected the Malaysian players overall,” said Pang.

“The players tried their best but it was not good enough against the Indonesians, who had many plus points in their favour. We play Thailand at 6pm tomorrow and this gives the players longer rest. Thailand is a tough team with depth in every department and we have to plan our strategies. At this stage we cannot pressure on the players but we will work out a strategy to contain them.

“I believe we will be in better frame of mind and condition to face the Thais after knowing the conditions on Court 1.”

On his 21-19, 21-11 defeat to Dionysius Hayom Rumbaka, whom he had beaten in the Thomas Cup Finals in New Delhi in May this year, Wei Feng said: “When I lost the first point it affected the team…it put pressure on the rest of the players. Our target was a draw at least but things did not workout for us.”

Tee Jing Yee, ranked World No 34) did her best under the prevailing conditions but could not stop Bellaetrix Manuputty (No 33) from a 21-8, 21-10 win in 28 minutes. Frustration and disappointment was written on Jing Yee’s face each time she lost a point – unable to turn the shot to her advantage.

Malaysia’s scratch pair of Tan Boon Heong-Tan Wee Kiong were not match against Indonesia’s World No 2 Muhammad Ahsan-Markis who won wrapped a 21-17, 21-13 in 29 minutes before World No 4 Tontowi Ahmad-Liliyana Natsir stormed to a 21-13, 21-16 over Chang Peng Soon-Lai Pei Jing.

India’s men’s doubles pair Manu Attri-Sumeeth Reddy won their first match in the tournament – paving the way for All Star Asia thumping 4-0 win over Vietnam. It is also Asia’s first win in the Axiata Cup after a surprise 2-2 draw against Indonesia in the first match followed by a 3-1 defeat to Malaysia.