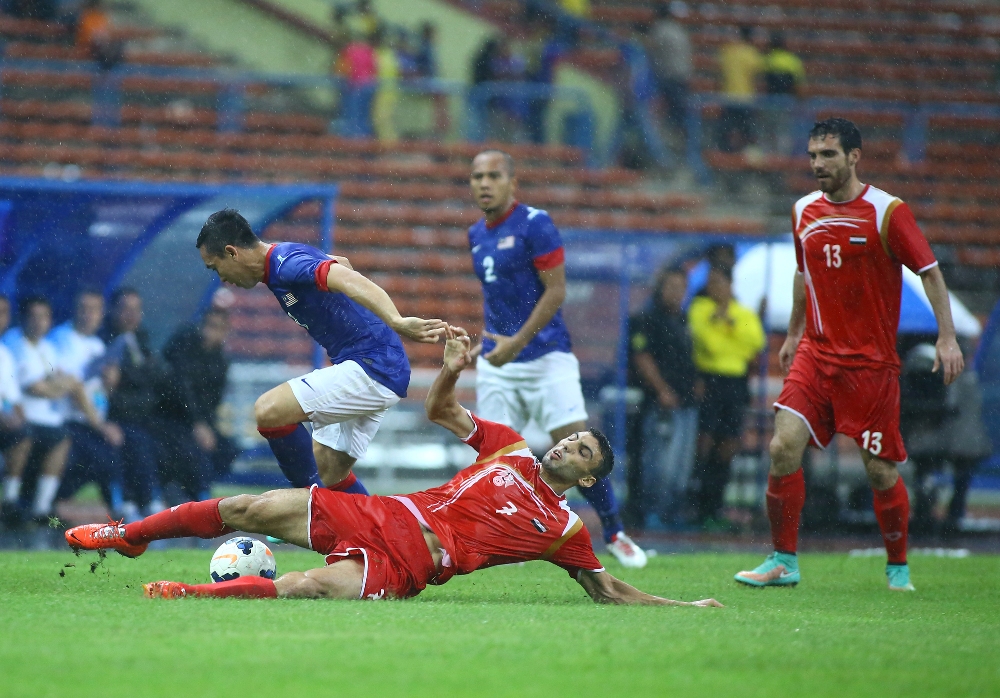 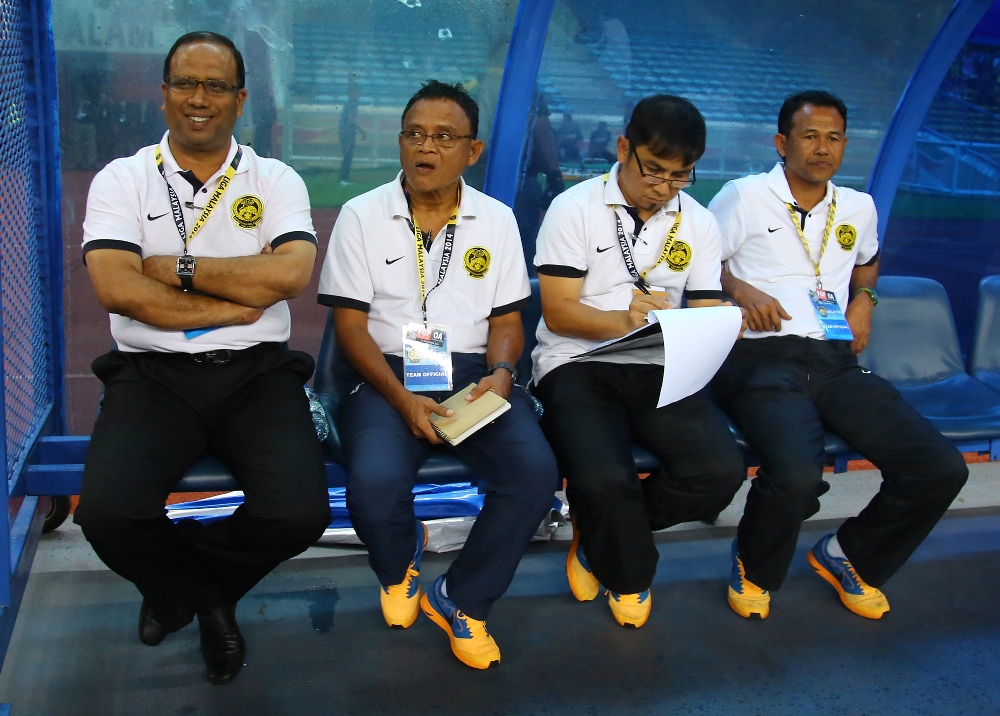 IT was another sluggish performance by the national football team and a 3-0 defeat to Syria in a friendly match at the Shah Alam Stadium speaks of the long and winding road Malaysia will endure in Singapore – the venue for Group B matches in this year’s AFF Suzuki Cup which kicksoff on Nov 22.

On a cold and chilly night on a wet and soggy pitch, Syria exposed Malaysia’s weakness in defence and the lack of sting upfront. And to round up a miserable night for the Malaysians, defender Fadli Shas was given the sack on 81 minutes for a second bookable offence.

The Syrians exposed Malaysia’s shortcomings but there is nothing national coach Dollah Salleh can do before he finalises his final squad of 22 players after this Sunday’s friendly match against Vietnam in Hanoi.

Dollah admits that the Malaysian defence is “cause for concern” made worse by a fumbling Farizal Marlias in goal on a night when Syria also had a goal disallowed for offside although it looked a legitimate goal,

Worn-torn Syria needed only four minutes to show what scoring is all about when Nadim Sabag plundered a thunderous shot into the Malaysian net from outside the box with the Malaysian defenders left groping. Minutes into the second half it was the “ball watching” defenders who allowed Syria to go 2-0 up with skipper Sanharib Malki on target.

A blunder by Farizal gave Syria their third goal on 65 minutes when he failed to field a cross and Omar Kharbin headed home – leaving the home fans frustrated.

“We were okay in the first half and I expected the team to fightback after the break. However, it turned out to be the opposite when Syria scored their second. The players just did not fight for the ball….just the opposite of Syria. The Syrian players fought for every ball and did all the running while we made no effort.

“I am disappointed. I am frustrated. I did not expect such a performance. Hopefully, we can ;pick up against Vietnam. Its not going to be easy naming the 22 players because some of those in my mind did not perform,” said Dollah.

Malaysia’s only win in friendly matches so far was the 4-1 victory over Cambodia at home. Malaysia lost 4-1 to Tajikistan (away), Indonesia 2-0 (away) and what is in store in Hanoi against Vietnam is left to be seen.