Home International Gandranata and Sattaya outshine Major champions in Round One of Chiangmai Golf... 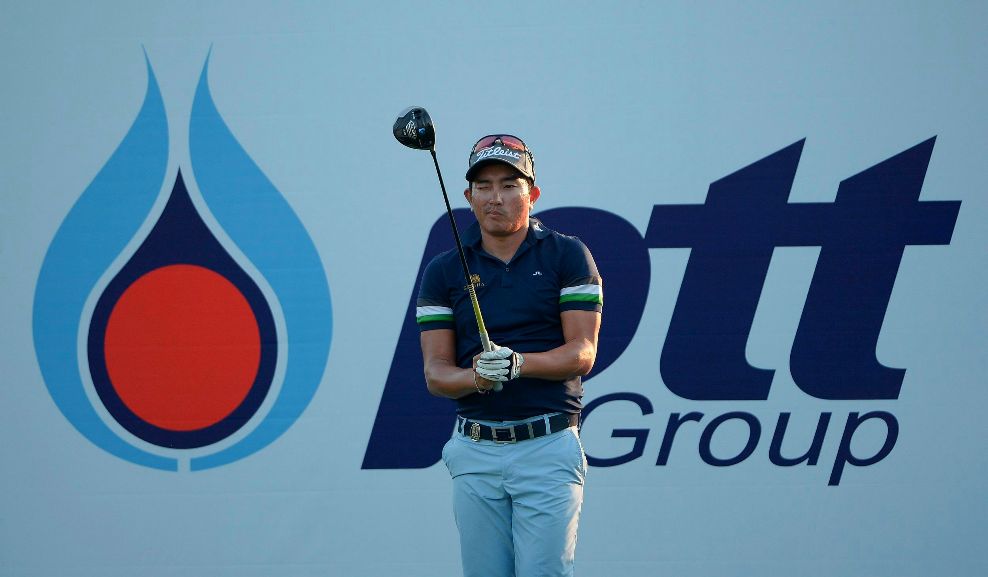 Indonesia’s George Gandranata and Sattaya Supupramai of Thailand eclipsed the Major champions at the Chiangmai Golf Classic presented by PTT after grabbing the opening round lead on six-under-par 66 on Thursday.

Gandranata and Sattaya emerged as the surprise front-runners amongst a host of stars including Jason Dufner of the United States, who was three shots off the pace at the US$750,000 Asian Tour event.

Meanwhile Singapore’s Mardan Mamat sank a huge 30-footer birdie on the last hole for a 67 to take solo second at the beautiful Alpine Golf Resort Chiangmai.

Rashid Khan, Jyoti Randhawa of India, Lu Wei-chih of Chinese Taipei and EurAsia Cup star Nicholas Fung of Malaysia were amongst seven players tied for fourth on 68. Title holder Scott Hend birdied the last hole to finish on 72 while 2011 Masters Tournament winner Charl Schwartzel of South Africa had a day to forget when he stumbled to a 77.

The slightly built Sattaya brilliantly rolled in seven birdies including an easy five-foot birdie on 17 which he set-up following a superb chip from 90 yards. He is brimming with confidence after winning on the Asian Development Tour (ADT), which is the secondary circuit of the Asian Tour, last week.

“I’m playing with a lot of confidence. Playing on the ADT has helped with my confidence. We have a strong field here this week but I’m only focused on every shot and not the players who are here this week,” said the 30-year-old Sattaya.

Gandranata, also a regular on the ADT, tied for the lead after closing with a pair of birdies to enjoy a flying start in the event. He has never led in an Asian Tour tournament before.

“I’m happy to be in the lead for the first time in an Asian Tour event but there is still a long way to go. I feel like I haven’t done anything yet. There are still three more rounds to go. I have to focus on every shot and see how it goes,” said Gandranata, who won four titles on the local circuit this year.

Playing without any expectations this week, Mardan was delighted to rediscover some of his best form after a poor season where he currently sits in 87th position on the Order of Merit.

“There are a lot of thoughts in my mind. After last week, I told myself to stop thinking about saving my Asian Tour card and just play my own game and enjoy myself. I want to concentrate and do what I’m supposed to do. I just want to get better and play without expectations,” said the 47-year-old Mardan.

The 2013 PGA Championship winner Dufner bounced back from an inward 36 with three birdies in his closing five holes to stay within striking distance of the leaders.

“My front nine was a little slow to start but I played better on the back. It was pretty good all day. I’m glad to finish under-par. The rough is pretty thick so it’s definitely premium if you can get on the fairways. You can be a little bit more aggressive when you’re on the fairways as well.

“There haven’t been too much adaptations for me playing in Asia these four weeks. It’s actually quite similar to what we see in South Florida. The playing conditions are pretty similar and the golf courses were also in great shapes. It has been a good run for me,” said Dufner.

Scores after round 1 of the Chiangmai Golf Classic 2014 being played at the par 72, 7481 Yards Alpine Golf Resort course (a- denotes amateur):