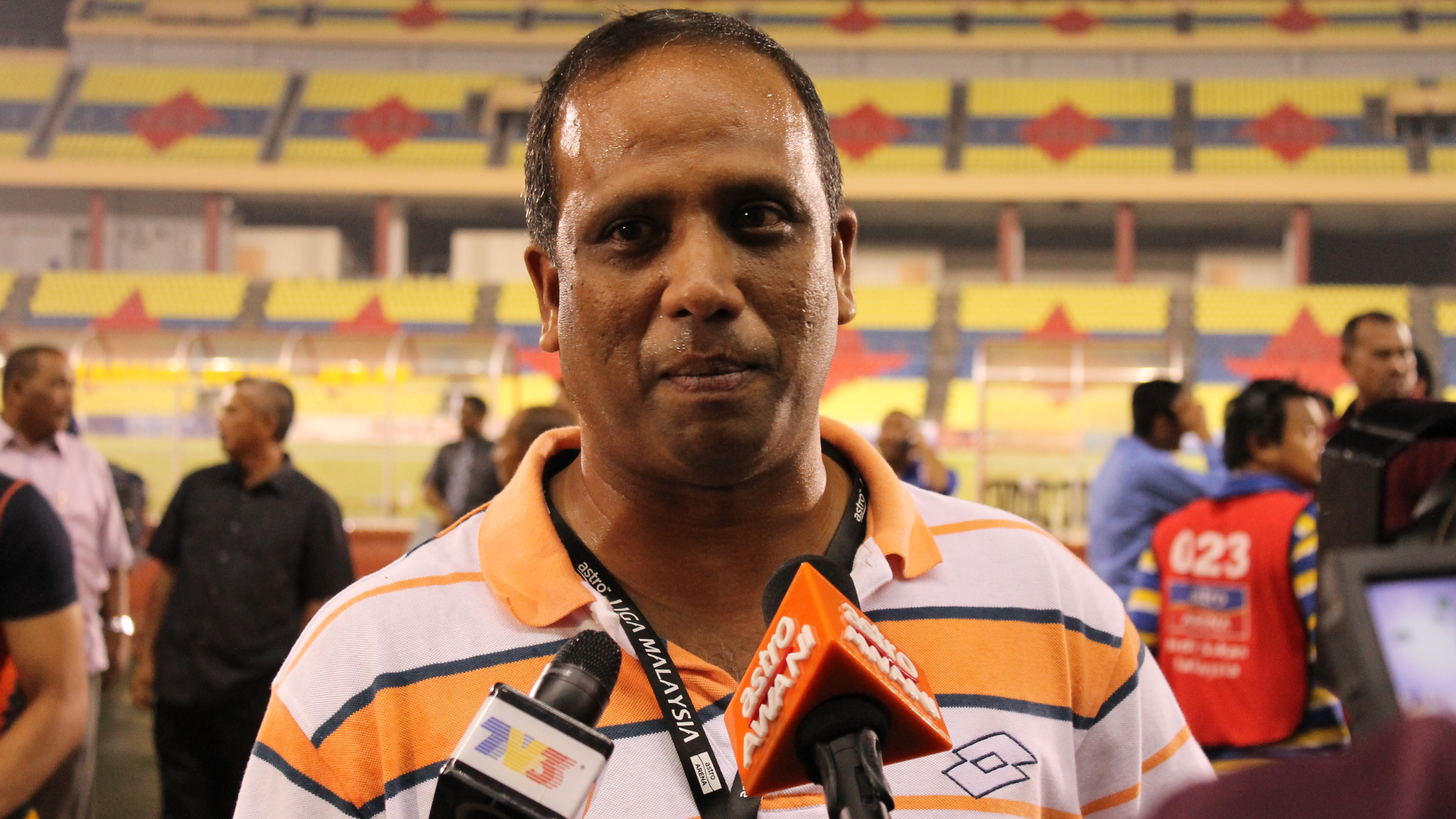 IT was supposed to be the ‘final’ friendly match to decide on his 22-player squad for the AFF Suzuki Cup from the present squad of 35 but instead national football coach Dollah Salleh is now in a dilemma – not because of his his team’s narrow 4-3 win over Terengganu at the the Sultan Ismail Nasiruddin Shah Stadium in Kuala Terengganu on Wednesday.

“I gave every player a chance to play. In fact in the second half I changed the entire team and now I am cracking my head on deciding the 22 players for various reasons. Those who did not perform well in previous friendly matches did well against Terengganu,” said Dollah on his return.

“Although I have more or less identified the 22 but after what happened against Terengganu there is a need to discuss the matter with the rest of my coaching panel.”

The national squad was confortably 2-0 up but towards the end of the first half Terengganu hit back with three goals. “It caught me by surprise and left me scratching my head.”

In the first half Dollah fielded Farizal Marlias as the goalkeeper while Kelantan’s Khairul Fahmi Che Mat kept goal.

The national players have been released to return to their respective clubs for the Malaysia Cup quarter-final first-leg matches which kick-off on Oct 3.

According to Dollah the 22 players picked will report back for centralised training on Oct 6 while those not in the list of 22 will remain with their club teams but are “still part of the national squad”.

“Should there be any injuries I can always fall back on them (those not selected) as replacements.

One player who has caught the eye of Dollah is Sarawak midfielder Joseph Kallang Tie who scored a brace in the 4-1 win over Cambodia in a friendly    at the Shah Alam Stadium on Saturday. However, the Sarawakian picked up a hard known midway in the second half against Cambodia and was replaced. According to Dollah the injury affected his game against Terengganu .

Dollah also revealed the friendly against Terengganu was played for a charity cause and it should not be taken too seriously in terms of the score.

Malaysia’s next friendly is against Jordan at the Shah Alam Stadium on Oct 11 – match which give an inkling of Malaysia’s hopes in the Suzuki Cup.

Its is a tough Group B for Malaysia with defending and four-time champions Singapore, three-time champions Thailand. Joining the three will be the winners of the qualifying round which has Cambodia, Myanmar, Timor Leste, Brunei and Laos.