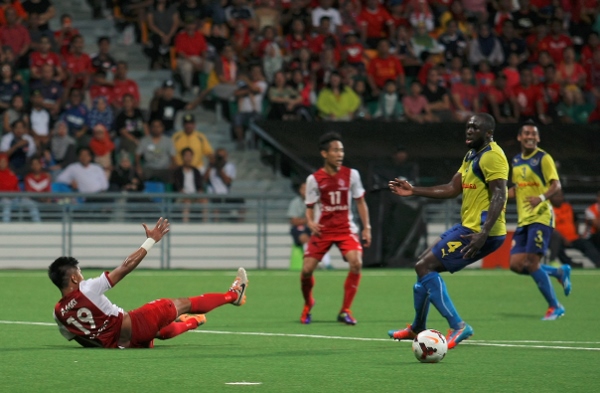 DOLLAH SALLEH knows Pahang football like the back of his hand, having coached the Elephants for four years (2010-2013).

The former international is now the chief coach of Premier League’s Police, a team which are going great guns in both the league and FA Cup.

Interestingly, Pahang will meet Police in the two-legged FA Cup quarterfinals, with Police hosting the first-leg at ‘home’ at the Tuanku Abdul Rahman Stadium in Paroi, Seremban tomorrow.

The match has drawn much interest after Pahang’s 3-2 win over star-studded Darul Takzim in a Super League encounter in Kuantan on Friday. It was Pahang’s second big scalp under new chief coach Ronald Smith after the 2-1 win over LionsXII at the Jalan Besar Stadium last week, which knocked the Super League champions out of the FA Cup.

Smith is glad this match will be played on a decent field, unlike the bumpy and hard pitch at the Petaling Jaya Stadium in Kelana Jaya. But it stops at that for Smith and company.

The Australian believes it will not be an easy match in every sense. He has his reasons and topping the list is the shrewd Dollah.

“Dollah knows the ins and outs of Pahang football. He was the coach for four years and had a fair share of success, culminating with the Malaysia Cup last year,” Smith told sports247.my.

“Winning the Malaysia Cup is a big achievement for Dollah and Pahang. Dollah probably knows the weaknesses of Pahang more than I do. He knows Pahang football like the back of his hand.

“Dollah will have some tricks up his sleeves and we will have to be wary of this. Police are riding high in the (Premier) league and have done well to reach the FA Cup quarterfinals.”

Dollah however, has played down his side’s chances against Pahang and said on Saturday his team are the underdogs.

“We are a rookie team yet to mature and lacking in experience playing at higher level.

“We’ve been lucky so far and Pahang are a big team.

“We are definitely the underdogs tomorrow.” 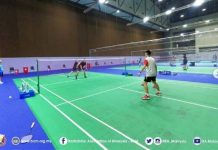