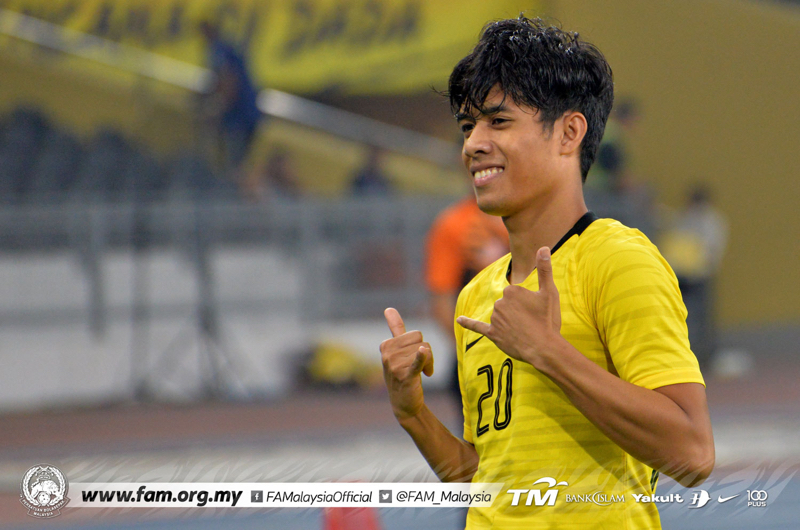 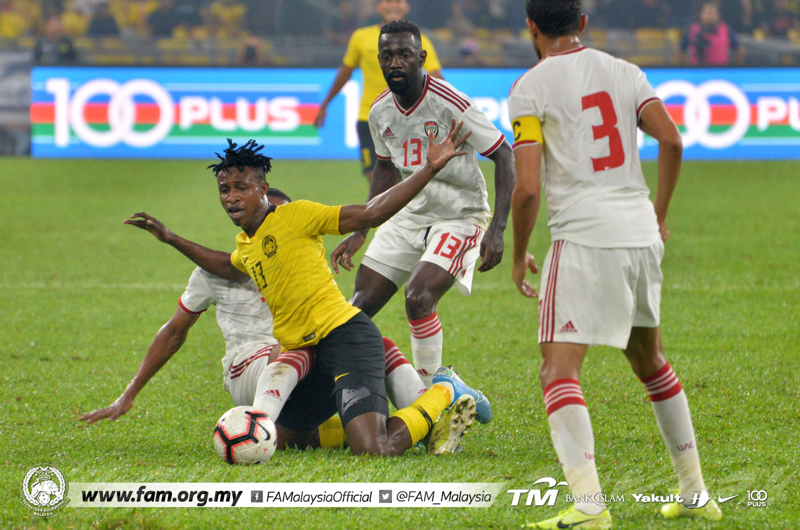 Malaysia scored after 37 seconds but in the end, it was 65th ranked the United Arab Emirates who puffed their way to a 2-1 win in their Group G 2022 World Cup/2023 Asia Cup qualifier at the National Stadium in Bukit Jalil on Tuesday.

The home team took the lead through Syafiq Ahmad but the UAE pumped in two goals past Farizal Marlias – once in each half – for full points. In another Group G match, Thailand thrashed Indonesia 3-0 to move to the top with four points.

Harimau Malaya roared with Syafiq Ahmad heading home a pinpoint cross by Matthew Davies on the right in a move that was set up by Mohamadou Sumareh. The UAE goalkeeper Khalid Eisa was stunned and so were his teammates.

The Ultras were on hand to cheer up the national team with their usual patriotic songs in the stands. The battle was on but again it was a tale of missed chances that followed with Safawi Rasid, Brendan Gan, Norshahrul Idlan Talaha and Syafiq himself muffing opportunities.

At the other end, Malaysia slacked and Mohamad Saleh Almenhali was given space to make inroads on the right and crossed for Ali Ahmed Mabkhout to head home with Farizal helping the ball into his own net although he got his hands to it.

Mabkhout dealt the killer blow on 75 minutes. He picked up a long ball from his keeper and outwitted his marker Shahrul Saad and finished it off with a low drive past Farizal. UAE 2-1.

National head coach Tan Cheng Hoe praised his players despite the defeat but was quick to admit that they ‘could not contain the tempo and high intensity of the match” and paid a high price.

“UAE deserves to win for taking their chances well. We need to work hard to plug the loopholes…we need to iron out the mistakes. A split-second lack in concentration cost us dearly,” said Cheng Hoe. RIZAL ABDULLAH