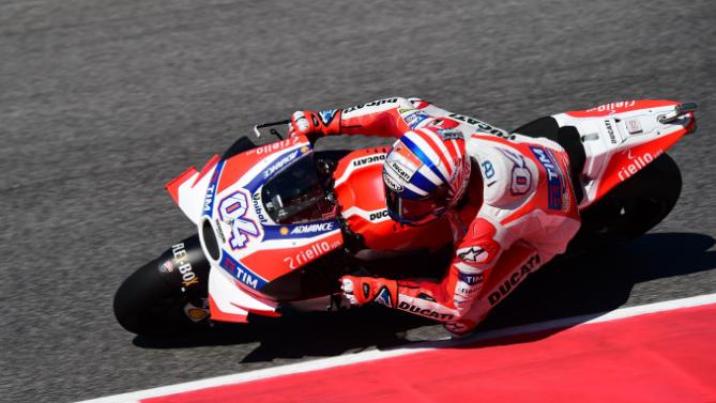 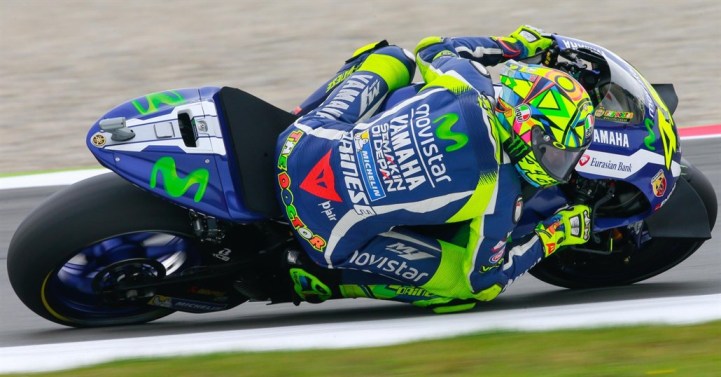 Italian Andrea Dovizioso powered to pole position for the Dutch Grand Prix at Assen by edging out compatriot Valentino Rossi in a treacherous qualifying session on Saturday.

Nine-time world champion Rossi stopped midway through the rain-hit action to save the tyres on his Yamaha, allowing Ducati’s Dovizioso to claim the 17th pole of his career, and his fourth in MotoGP.

“I stopped mid-session because the rear tyre was too hot and there were some places where it was dry,” said Rossi, who saw his title rivals struggle in the wet.

“We put in another rain tyre. It was the right choice, I’m happy with the front row.”

Honda’s championship leader Marc Marquez could only manage fourth, just behind surprise package Scott Redding of Britain, who will start from third for Ducati Pramac.

“I nearly crashed two or three times,” Redding said. “It was stressful and difficult.

“If there were 10 minutes more I would have put the intermediate tyre in. We’ll see tomorrow in the race. We’ll give it our best.”

Defending champion Jorge Lorenzo goes into the race 10 points behind Marquez in the drivers’ standings, and will start from down in 10th spot on the grid.

The travails of his title rivals leaves Rossi with a fantastic opportunity to close the gap in the championship in Sunday’s race, which he will begin 22 points behind Spaniard Marquez.

The 37-year-old Rossi has won around the Assen track seven times in his MotoGP career, while Dovizioso’s only victory in the elite class came in the British Grand Prix seven years ago. – Agence France-Presse