Home 2021 Down to the wire for Albirex and Lion City 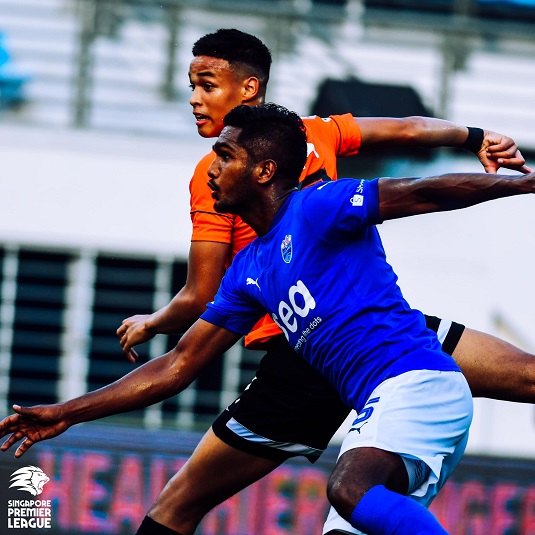 It is down to the wire for Albirex Niigata and Lion City Sailors as they head to the final few matches of the 2021 Singapore Premier League (SPL).

Albirex have opened up a five-point advantage at the top of the SPL with 43 points from 18 matches played.

While for Lion City Sailors, they have amassed 38 points from 17 games.

And this week, both teams came out tops with Albirex smashing in five goals past a hapless Geylang International while Lion City came back from a goal down to beat Young Lions 3-1.

In the match that was played at the Jurong East Stadium, Albirex built on Fikri Junaidi’s 30th minute lead to score four more goals after the break for the win.

The other goals for Albirex were scored by Ryosuke Nagasawa (59th minute), Ryoya Taniguchi (79th and 87th) and Kuraba Kondo (90th).

At the Jalan Besar Stadium, the Young Lions could not hold on to their advantage after Ilhan Fandi had given them the early lead in the 11th minute.

Lion City turned on the power in the second half for Jorge Fellipe to strike in the brace (50th and 85th minute) and another from Gabriel Quak (90th) for the full points.