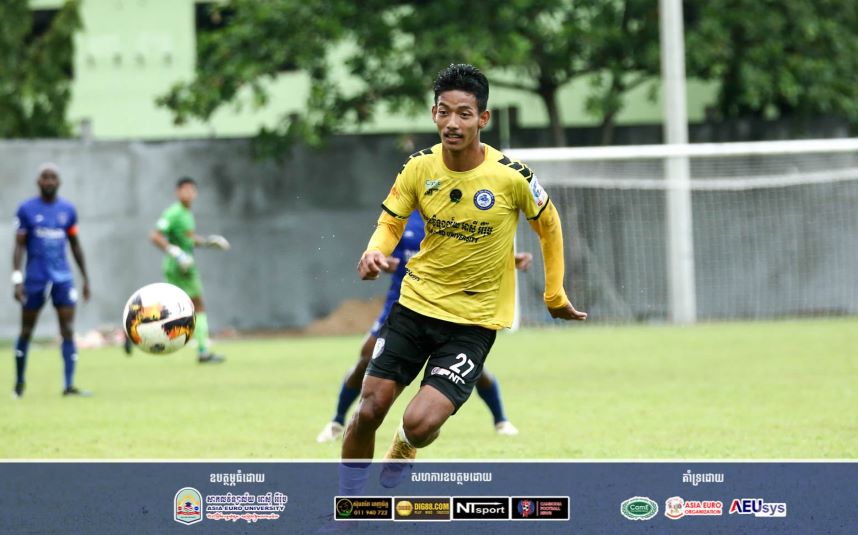 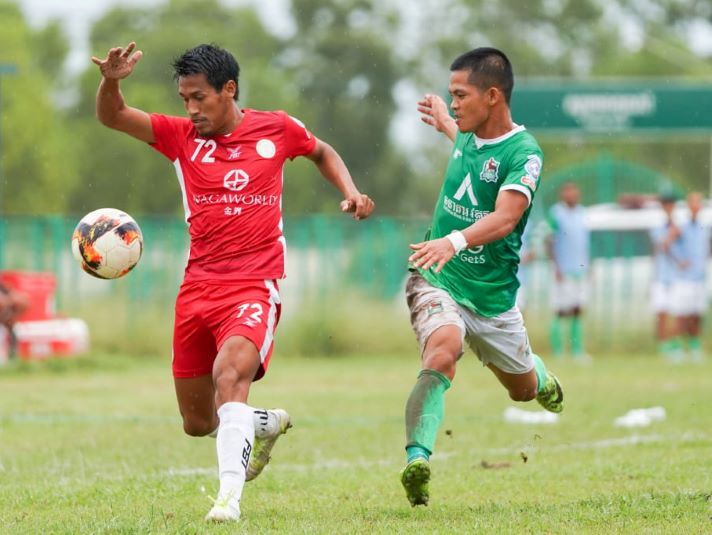 The cast is almost complete for the Championship Round of the 2021 Metfone Cambodian League (MCL) with seven teams already confirming their places in the next round.

Nagaworld have also confirmed their place for the Championship Round of the MCL even though they still have a game in hand, while the eighth and final slot will be between Asia Euro United (AEU) and Kirivong Sok Sen Chey FC.

AEU are currently on eighth following their 4-2 win over Prey Veng earlier today.

But it was Prey Veng who went ahead first in the 25th minute through Vo Voeun before AEU fought back with two goals from Kanta Asami (32nd minute) and Pok Roza (45th).

San Chamrong then nailed the third goal for AEU in the 56th minute as Vo Voeun gave Prey Veng their second goal of the game in the 70th minute of play.

On the other hand, Kirivong Sok Sen Chey failed to grab the chance to confirm their place in the Championship Round when they slipped to a 5-2 loss to Nagaworld FC.

Nim Dav had given Kirivong the lead after 25 minutes but the loss of Taku Yanagidate to a red card just before the break gave Nagaworld the advantage.

Naga went on to score two goals just five minutes into the second half with a Petru Leuca’s brace (48th and 50th minute) as Marcio De Oliveira then fired in a hat trick (54th minute penalty, 82nd and 90th) to put them comfortably in front.

Kirivong’s second goal came off Douglas Rosa Tardin’s penalty in the 64th minute as they will now have to beat National Police FC in their final game of the first round in three days to book their slot in the Championship Round this year.