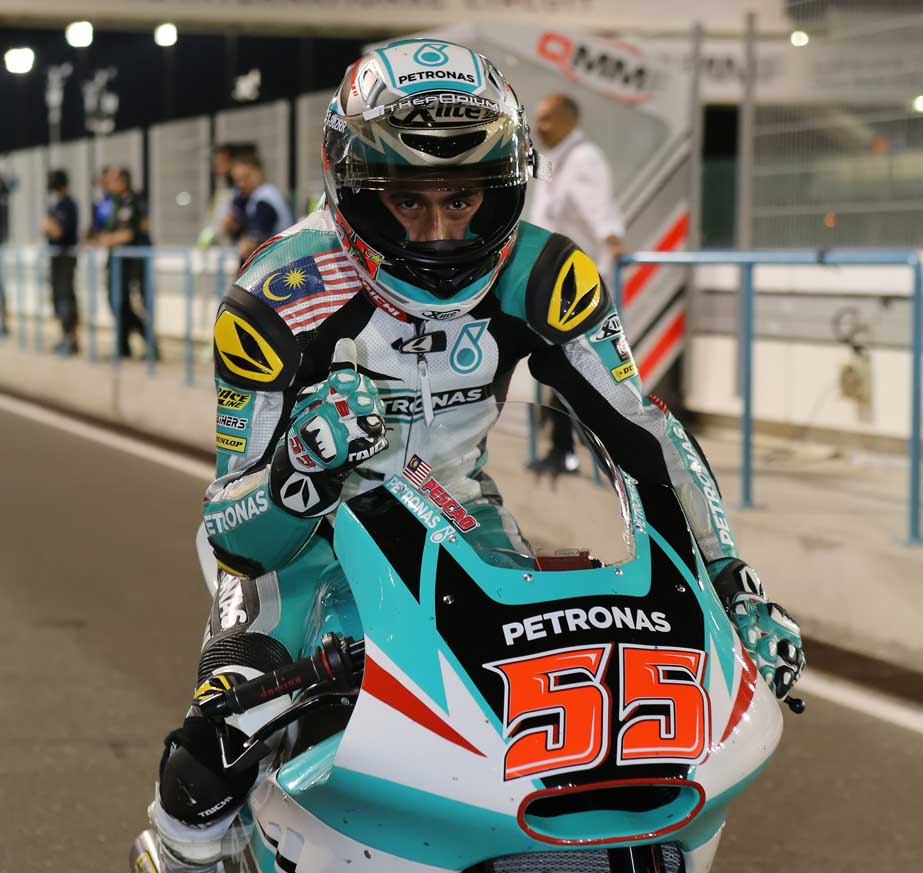 The PETRONAS Raceline Malaysia rider qualified 16th but was promoted to 15th on the starting grid after Lorenzo Baldassarri forfeited the race having sustained injuries in a heavy crash during qualifying.

Even so, it did very little to help Hafizh as a botched start denied him the opportunity to close the gap on the front.

Hafizh instead had to push the limits to muscle his way through the field and his hard work paid off when he caught up with the leading pack by the fifth lap after Johann Zarco, Sam Lowes, Marcel Schrotter, Alex Rins, Robin Mulhauser and Takaaki Nakagami were given ride-through penalties having jumpstarted the race.

The PETRONAS Talent Development rider eventually crossed fifth at the finish line, but with second-placed Franco Morbidelli given a penalty and relegating the Italian down to seventh, Hafizh was promoted up to fourth in 40’27.851s.

Meanwhile Thomas Luthi capitalized on his experience and love for the Losail International Circuit to secure a well-earned victory in 40’14.293s ahead of Luis Salom and Simone Corsi.

Hafizh Syahrin, PETRONAS Raceline Malaysia Moto2 rider
“I tried hard and pushed all the way. About four laps to go, my right hand went numb and I could not feel anything. It was difficult to maintain the same lap time towards to the end but I tried my best to maintain my position. I am thankful things worked out well and I will definitely give my best for the whole season.”

Barry Leong, PETRONAS Raceline Malaysia team manager
“If not for the numbness that he felt on his hand, who knows what would have happened. We are happy to see this kind of result and this will boost everyone’s confidence to push harder for the upcoming races. Thank you everyone for believing in us and we will strive to do better.”