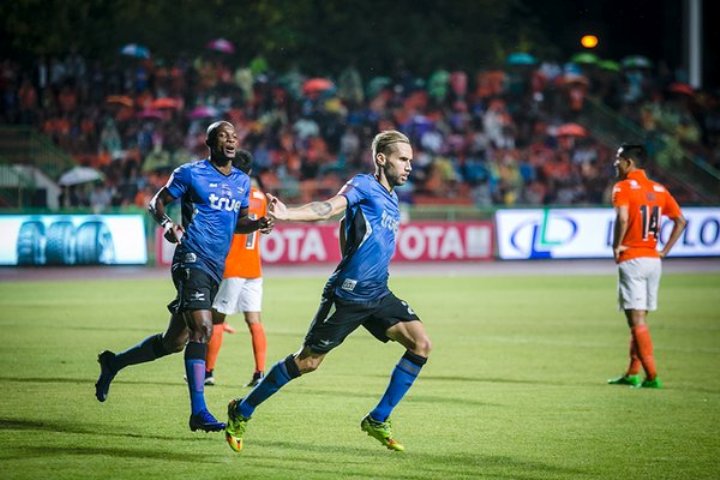 It might be early season yet but the Toyota Thai Premier League 2016 showed that there might yet be a new player in the top flight when Bangkok United took over the leadership with a close 1-0 win over Ratchaburi.

Republic of Macedonia striker Mario Durovski scored the only goal of the game early in the 13th minute to give Bangkok United what should be an important victory on the road ahead of the chasing packs of Bangkok Glass, Muang Thong United and Buriram.

With Muang Thong delivering a humbling 3-0 defeat of defending champions Buriram the previous week, they followed up that performance with another stellar outing with a 1-0 win over Chonburi FC.

The only goal of the game coming off Thai international and ASEAN 2014 player of the year Chanathip Songkrasin in the 18th minute.

The win allowed Muang Thong to move up to second at the table with 21 point – a point adrift of leaders Bangkok United.

In the meantime, former leaders Bangkok Glass kept up the pressure to stay on third with an easy 2-0 win over Thai Navy – Ariel Rodriguez converting a penalty in the 21st minute before Bordin Phala added the second goal seven minutes to the end.

Buriram got back to winning ways with a 2-0 victory over BBCU off goals from Sutthichok Kannoo in the 35th minute and an own goal from Yves Dooh right at the end.