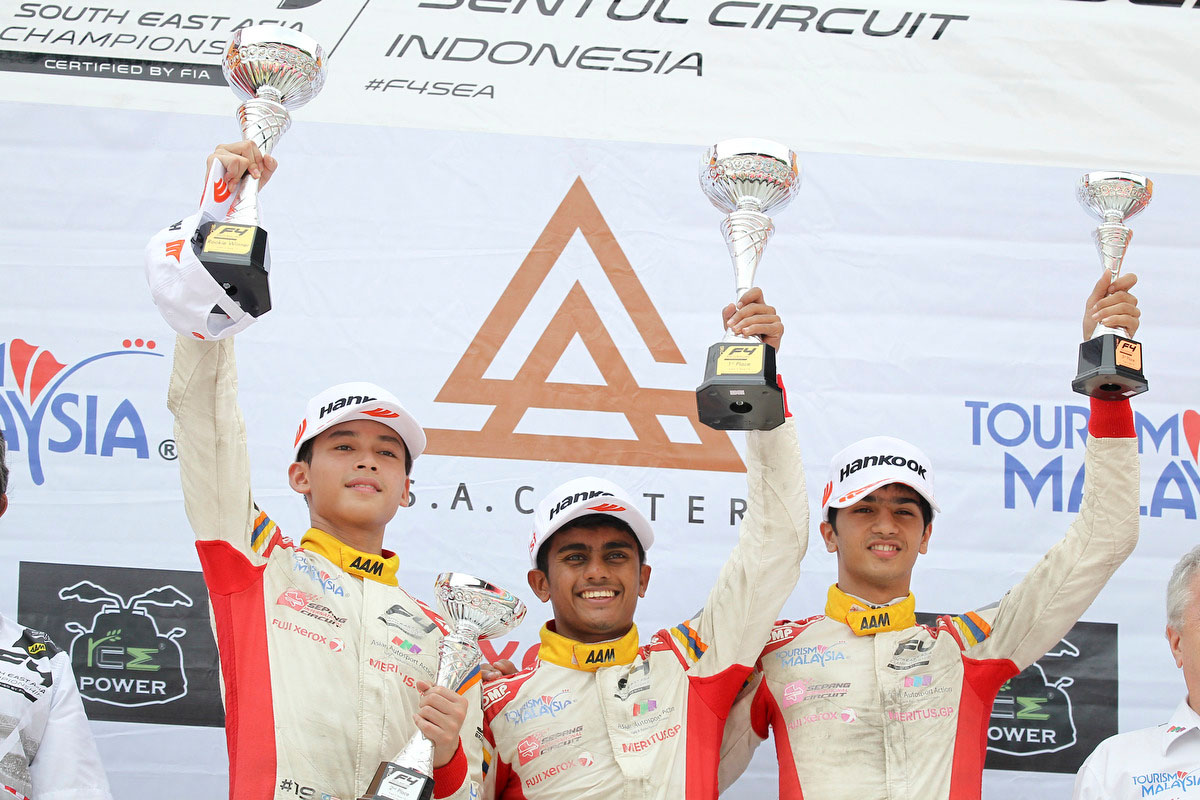 After travelling to the Philippines last October and Indonesia last month for two action-filled events, the Formula 4 South East Asia Championship (F4/SEA) – certified by FIA returns to the Sepang International Circuit this December. With another six races on the cards for the weekend, the event is the fourth installation in the inaugural six-event season, taking place from 8 to 10 December.

The Sepang leg of the F4/SEA championship is the drivers’ second outing to the 5.54 km long circuit after completing the opening event last August. Located almost 60km from the capital city of Kuala Lumpur, the FIA Grade 1 Sepang circuit is a technically challenging circuit and a favourite amongst drivers across categories. A clockwise circuit with 15 corners, the Sepang circuit is renowned for its mix of sweeping corners, fast corners, tight hairpins and two long main straights.

Already home to major motorsports events in the region, Event 4 of the F4/SEA at Sepang will see expectations riding high for the local Malaysian contingent. The Malaysian challenge includes 15-year old Isyraf Danish (MAS, Car #19) who is hoping to leverage on being on home soil to build on his impressive pace and double podium finish at last month’s event at the Sentul International Circuit in Indonesia. Also a part of the Malaysian contingent are Eric Louis (MAS, Car #23) and Chia Wing Hoong (MAS, Car #68), the latter also celebrating his maiden podium finish in Race 3 at the previous event.

The weekend’s bumper programme will proceedings commence on Thursday, 8 December with practice, qualifying and the first of the six races scheduled. The remaining races will be contested on Friday and Saturday. With another Star Driver award trophy up for grabs for the most successful driver from the weekend, the young drivers will again be vying to out-score their compatriots over the course of the six scheduled races that will be contested over the weekend. With the overall event champion scored on a reverse to the F4/SEA championship points, drivers aim to score the lowest points to be in the running for the coveted trophy on Saturday.

Meanwhile, the top 10 drivers earn FIA F4 championship points, which are aligned to follow the F1 points scoring system with the top seven championship drivers eligible to also earn valuable FIA Super License points at the end of the season. The FIA single-operated F4/SEA championship – certified by FIA is one of 12 worldwide championships in the FIA’s F4 global format. F4/SEA is uniquely designed to help harness and develop Asia’s young motorsports talent through a cost-effective programme. The F4/SEA is the first step on the FIA’s streamlined ladder to developing professional careers in the sport.

Peter Thompson, Chairman, Triple A: “After completing two very successful events, first at the Clark International Speedway in the Philippines last October, followed by the third event at the Sentul International Circuit in Indonesia last month, we are really happy to be back at Sepang this December. It is where the championship season kicked off back in August. We have always enjoyed incredible support from the circuit, particularly in our efforts to further develop a truly Asian motorsport eco-system.”

Firhat Mokhzani, Managing Director, Triple A: “It is good to be back at Sepang following two successful events at Clark Speedway (Philippines) and Sentul (Indonesia). We are really excited for the prospect of a very exciting event here especially as it is a circuit that the majority of the drivers are very familiar with, having conducted the pre-season tests and the first event last August. We can definitely expect the level of competition to be quite high, with a lot of action as the all drivers have made big improvements since.”