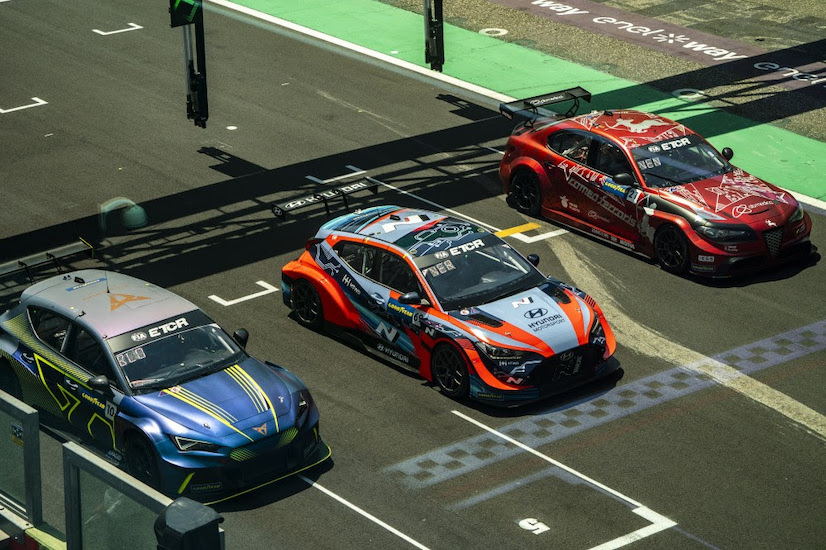 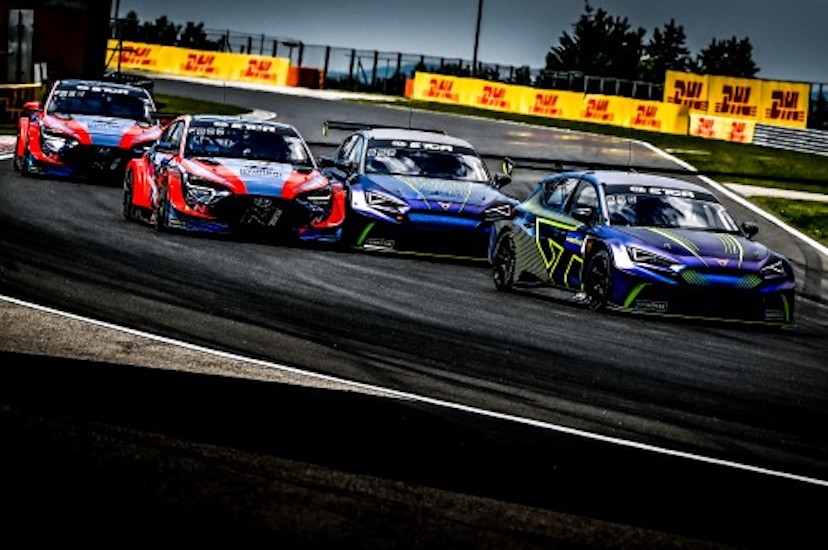 The FIA ETCR eTouring Car World Cup will be settled this weekend in Sachsenring as the season comes to its conclusion in Saxony, Germany, with four drivers in contention for the Drivers’ title in Race DE.

After an exciting first season as an FIA World Cup, with racing taking place in France, Hungary, Spain, Belgium and Italy, four drivers can take the title this weekend, with all three manufacturers represented in the title fight.

CUPRA EKS drivers Adrien Tambay and Mattias Ekström are certainly the favourites to clinch the Drivers’ title with Tambay atop the standings with 435 points to Ekström’s 421. Mattias does have the experience of winning the title in the predecessor PURE ETCR series, but it will be thrilling to see how the battle between the team-mates ensues.

Next up and on a strong run of form after being crowned King of the Weekend in Vallelunga for Race IT, Hyundai Motorsport N driver Mikel Azcona sits on 368 points heading to his squad’s home event. Finally, Romeo Ferraris driver Maxime Martin is a long shot in fourth place with 360 points, despite the Belgian being denied his chance for DHL Super Finale glory last time out after team-mate Bruno Spengler’s crash took their Giulia ETCR out of action.

Germany provides a perfect backdrop for the season finale. Not only is it a home race for the Germany-based Hyundai Motorsport N squad, who are located just under 400km away in Alzenau, the region is also a hub of electromobility production.

The Volkswagen Group have two significant electric vehicle production facilities in the region, with the Zwickau factory – which produces amongst other vehicles the CUPRA Born – just 20km away and the showcase Dresden Transparent Factory just under 100km away. Germany is also at the forefront of electric vehicle adoption, with a record of 16% of new car registrations being full electric last month and 28% having a plug-in battery element.

Whilst the Manufacturers’ title is seemingly decided bar the paperwork for CUPRA EKS, dibs on second in the standings are very close with Hyundai Motorsport having the slenderest margins, two points to the good ahead of Romeo Ferraris.

Although currently famed for its position on the MotoGP calendar, Sachsenring is no stranger to high-powered touring car action with DTM visiting the circuit briefly in 2000-2002. These visits did give Mattias Ekström some experience of the track in 2001-2, and the Swede is in a minority of ETCR drivers to have raced there. Notably for the more mature drivers in the field, in 2000 German racing legend Klaus Ludwig won at the track at age 51 in DTM.

Xavier Gavory, FIA ETCR Series Director:
“We couldn’t expect a better background for the final round of this 2022 season. With no less than four Drivers’ title contenders, a world-class venue and a premiere in this dynamic and fast-growing electric market, this action-packed week-end alongside the prestigious ADAC GT Masters will be the climax of this very first 100% electric touring car FIA World Cup. We can’t wait for the King of the FIA ETCR to be crowned on Sunday. Now is time for action, sports and fun.”