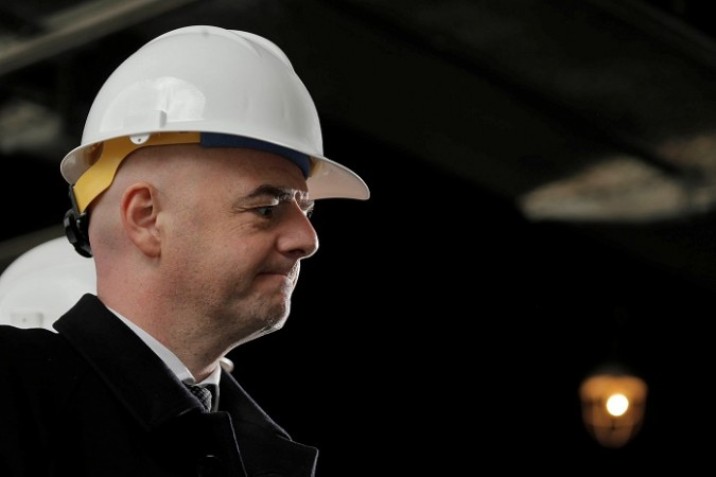 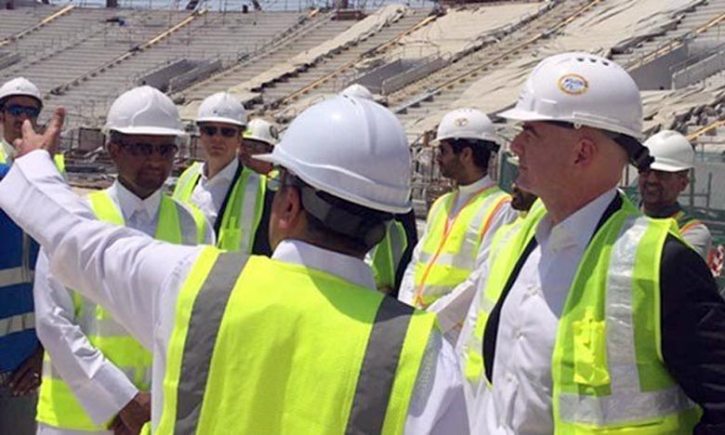 Gianni Infantino announced on Friday that FIFA will establish a body to monitor working conditions for labourers at Qatar’s 2022 World Cup stadiums and insisted the tournament would stay in the Gulf.

Speaking during his first visit to Doha as president of world football’s governing body, Infantino said FIFA would act on criticisms it has done little to protect those building venues for its showcase tournament in six years’ time.

“We will not just sit and wait,” he told journalists at a press conference.

“FIFA will step up its efforts in overseeing — in particular the set-up by the (Qatar) Supreme Committee — in order to ensure the protection of the workers’ rights in the construction of the FIFA World Cup sites.”

He added that the proposal had been welcomed by the “highest Qatari authorities”.

The body would monitor systems in place to ensure decent working conditions, and would be independent, added Infantino.

It is not yet clear who will sit on the committee but Infantino said he wanted it to be “put in place very, very soon.”

Infantino said FIFA would “discuss” with human rights organisations the possibility of a NGO sitting on the new committee.

He added: “FIFA is not the world welfare agency… our job is to govern football, but of course we are aware of our responsibilities.”

The initiative was announced after recent criticism suggesting FIFA had not done enough to address the contentious issue of workers welfare.

An Amnesty International report in March, which alleged for the first time labour abuses at a World Cup stadium site in Qatar, said FIFA had shown a “lack of meaningful action” on the issue.

Amnesty had also directly criticised Infantino following its report and had urged him to press the case for reform while in Qatar.

Amnesty’s Mustafa Qadri — author of the recent report, who was also in Doha — said Infantino’s initiative was a step in the right direction but added the overseeing committee must come with real power.

“Up till now, everyone has been hoping that Infantino would show leadership because FIFA has definitely not shown leadership on human rights in the past five years,” said Qadri.

“What we need to ask ourselves is if this body sees problems, will there be repercussions, sanctions?”

Also on Friday, Infantino said that the 2022 tournament would definitely remain in Qatar.

He denied that allegations over workers abuse and an ongoing investigation in Switzerland over corruption claims could see the tournament played elsewhere.

“Again this is a decision that has been taken six years ago… I think we have to move on.”

The press conference came on the final day of a two-day trip to Qatar by the FIFA boss, during which he met World Cup officials and the country’s emir and prime minister.

Prior to arriving in the Gulf, Infantino had also concluded a two-day visit to Russia, World Cup hosts in 2018.

In Moscow, he met Russian President Vladimir Putin and gave an overall positive assessment of the state of preparations for the tournament in two years’ time. – Agence France-Presse