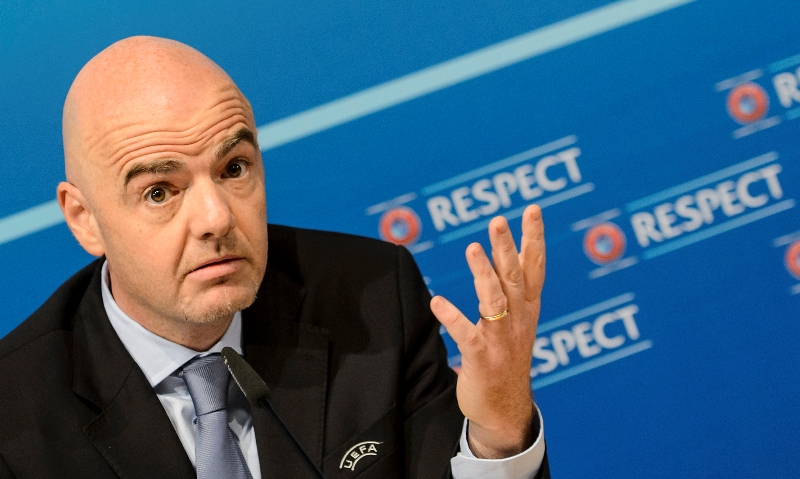 FIFA president Gianni Infantino vowed Thursday that the 2026 World Cup bidding process will be free of the controversy that surrounded the selection of Russia as 2018 hosts and Qatar in 2022.

Infantino was responding to a recent claim by US President Barack Obama that decisions on who hosts the Olympics and World Cups are corrupt.

“I can’t speak about the past. But what I can promise, is that we need to look very seriously at the application process for 2026 (World Cup) to assure ourselves that the process is transparent and beyond reproach,” Infantino told AFP in an interview.

In the wake of corruption scandals involving FIFA since May 2015, there had been calls for re-votes or overall cancellations of the 2018 World Cup in Russia and the 2022 in Qatar.

Infantino said that for 2026 they would have to make sure “that the technical report means something concrete and that it is not only a political vote”.

“It’s our job to do this, to ensure that the process will be open and transparent, that those who must take responsibility take it and ensure that decisions taken from now or since February 26 (2016) are definitely not faked.”

Recalling how Chicago lost the bid to host the 2016 Olympics, Obama said in an interview: “I think we’ve learned that IOC’s decisions are similar to FIFA’s decisions: a little bit cooked.”

Infantino, 46, who was the right-hand man of suspended Michel Platini in his UEFA career, succeeded the disgraced Sepp Blatter at the head of FIFA, and is determined to stamp his own authority on the job as president and on the sport‘s future.

“I was elected on a programme of reforms, I have a lot of belief in these reforms and their implementation” he added, hailing the measures taken in the context of “good governance and transparency in financial movements”.

He added: “FIFA needs to do more football and less politics. There is obviously still work to do but I am quite happy and confident about the future.” – Agence France-Presse