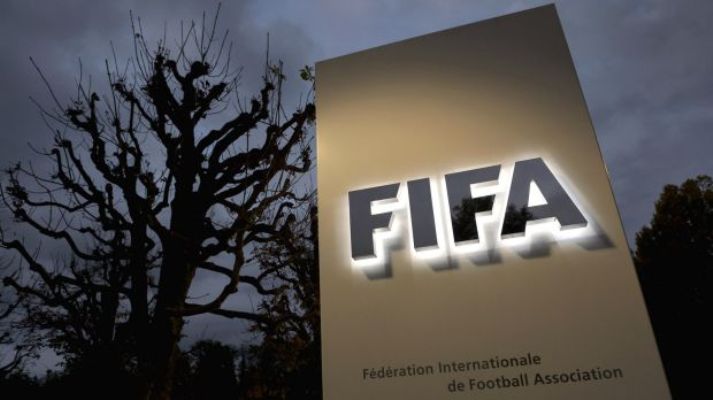 FIFA on Wednesday demanded tens of millions of dollars in damages from the “sordid” officials facing charges in the United States over mass bribery scandals that have rocked world football.

In a wide-ranging admission on the scope of soccer corruption, just two weeks after Gianni Infantino replaced Sepp Blatter as its president, football’s governing body called on US authorities to investigate the assets of former FIFA vice-president Jeffrey Webb.

It said the Cayman Islands official was leading an “extravagant lifestyle” in a US home that may have been bought with bribes.

FIFA also made its most explicit accusation yet that South Africa paid a $10 million bribe to get votes to back its bid for the 2010 World Cup.

World football is at the centre of multiple inquiries into bribery and misconduct and the award of World Cup tournaments.

Thirty-nine individuals face charges in the United States over more than $200 million in bribes. FIFA’s former leader Blatter and his heir apparent Michel Platini have both been banned.

FIFA acknowledged the widespread graft of recent decades as it accused the tainted officials of “brazen corruption”.

“By corrupting these tournaments, matches, sponsorships, and other football affairs through their backroom deals and secret payoffs, the defendants dragged FIFA into their sordid misconduct,” said the FIFA demand for ‘victim restitution’ made to the US Attorney’s office in New York.

FIFA said in a statement that it “estimates that at a minimum tens of millions of dollars were diverted” through bribes and other corrupt schemes.

“This amount is likely to increase as the investigation continues.”

It will seek money from the $190 million that the United States says has been forfeited by the 39 individuals and two companies facing charges.

FIFA named 20 former executive committee members and leading officials in regional confederations that it said had taken more than $28 million in compensation, travel and other costs alone.

“FIFA as the world governing body of football wants that money back and we are determined to get it no matter how long it takes,” said Infantino, who was elected FIFA president on February 26.

“The convicted defendants abused the positions of trust they held at FIFA and other international football organisations and caused serious and lasting damage to FIFA, its member associations and the football community,” Infantino added.

Many of the bribes at the centre of the US investigation were paid for lucrative television and sponsorship deals in Central and South America. Most of the defendants are from this region.

South Africa has strongly denied paying a bribe to secure the 2010 World Cup. But FIFA backed suspicions raised by US investigators.

The claim says executive committee members — including Jack Warner of Trinidad and Tobago and Charles Blazer of the United States “sold their votes on multiple occasions”.

It said that Warner, who is fighting extradition to the United States, Blazer, who has made a plea deal with US authorities, Warner’s son Daryan Warner and other unidentified suspects “engineered a $10 million payoff in exchange for executive committee votes regarding where the 2010 FIFA World Cup would be hosted.”

Warner sent his son to Paris to collect “a briefcase with $10,000 in cash from a high-ranking South African bid committee official,” said the document.

“They disguised and funnelled the bribe money through the financial accounts of FIFA, member associations, and the 2010 FIFA World Cup local organizing committee.”

It also told how Warner sold votes for the 2011 FIFA presidential election to Qatari official Mohamed bin Hammam, who has since been banned for life.

Delegates at a Caribbean Football Union meeting where bin Hamman spoke were each given envelopes containing $40,000 in cash.

Webb has been accused of involvement in bribes for television and marketing deals. He made a deal with US prosecutors last year, having agreed to pay more than $6.7 million, and is now on bail living in a mansion in Georgia state.

FIFA called on the US Attorney to carry out an immediate accounting of Webb’s assets and funds.

“FIFA is concerned that Mr. Webb may not have fully disclosed his assets to the court or to the government,” the world body said in a letter to the US Attorney.

FIFA highlighted a media report indicating “Webb continues his extravagant lifestyle” and that his home may have been bought with “bribes and kickbacks.” – Agence France-Presse