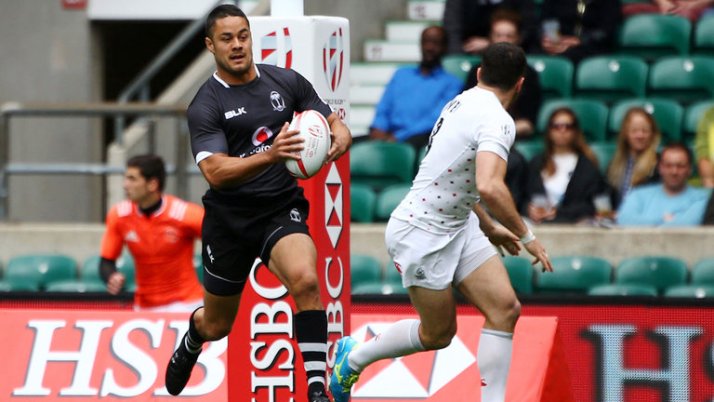 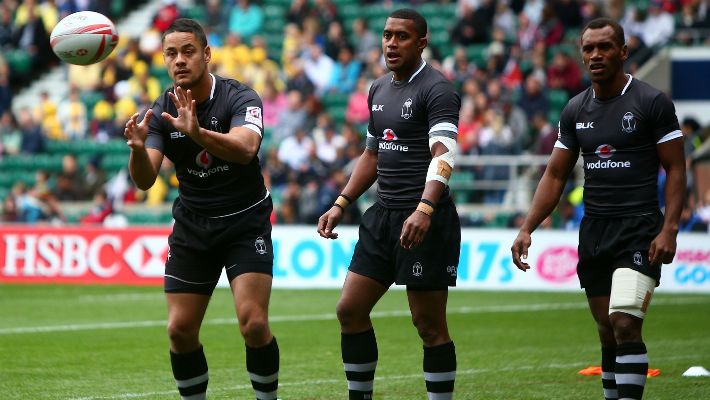 Fiji retained their World Sevens Series title at Twickenham on Saturday as Jarryd Hayne made his debut for the pacific islanders in a move that could yet see the multi-sport star go to this year’s Olympics.

Last week, Hayne last abandoned playing NFL with the San Francisco 49ers to pursue a spot on Fiji’s sevens squad for this year’s Rio Games where the short-form game will be making its Olympic bow.

The 28-year-old’s run out for Fiji at Twickenham was his debut in rugby union.

He previously starred in rugby league for Parramatta Eels in the Australian NRL, during which time he won 12 caps for the Kangaroos and four for Fiji, his father’s homeland.

Hayne came on for the final four minutes of Fiji’s surprise 31-10 defeat by tournament hosts England on Saturday.

Nick Cummins, who is also pursuing his Olympic dream with the Australia sevens team after winning 15 Wallaby caps, said: “Old Hayney’s not a bad rooster, is he?!

“He’s a special athlete and he’ll have quite an impact for the Fijian side, I reckon he’d be good.”

Fiji bounced back to reach Sunday’s quarter-finals, and so establish an unassailable lead at the top of the overall standings, after a 42-5 thrashing of Wales and 26-0 win over Australia.

“We have got a huge amount of players back home who have done some magnificent things for Fiji but have never won back-to-back series titles,” said Fiji coach Ben Ryan, the former England sevens boss.

“We had a difficult opening match but they were fighting tooth and nail there, just like against South Africa last year and they weren’t going to take a backward step,” added Ryan, whose side will now look to add Olympic gold to their trophy cabinet in Brazil.

“That was outstanding and it is a group of players I am very proud of.”

Kenya’s Collins Injera became the World Sevens Series’ highest try-scorer of all time, his 231 tries taking him one ahead of Argentina’s Santiago Gomez Cora.

But he couldn’t inspire the Africans to reach the quarter-finals.