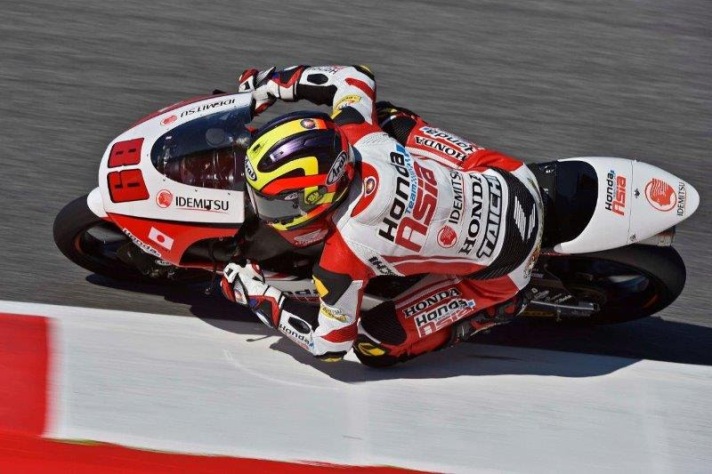 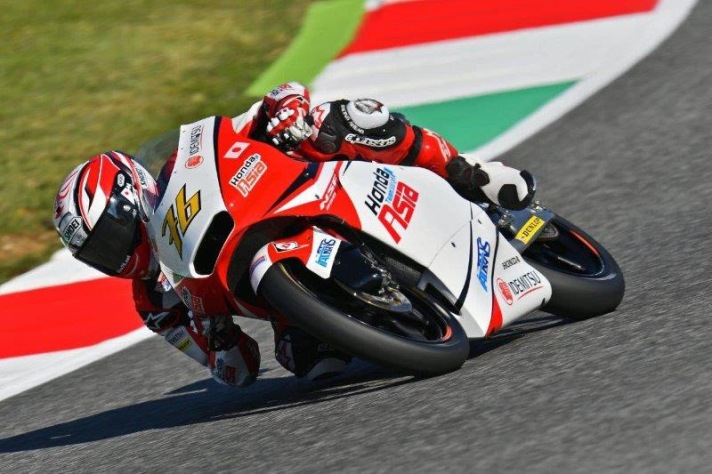 Throughout the day, both Asian riders concentrated on their work to prepare for the race. In FP3, Ono improved more of his feeling on the bike, while Pawi learnt more about the track and shaved 1.6s from his yesterday’s lap time.

In the forty minutes qualifying, Pawi improved more on his feeling and clocked his best lap time of 1m57s605 at the final moments, which rewarded him the first row for the first time in his Moto3 world championship career. Meanwhile, Ono posted 1m58s152, only 0.863s from pole position.

Warm Up for Moto3 class takes place at 0840 local time (GMT +2) tomorrow morning before the twenty lap Italian Grand Prix is set  to start at 1100.

“It was very good  qualifying because starting the race from first row is very important. Thanks for the team to work hard to find a good setup of our bike, now I have a good feeling and completely fixed the front-end problem which I suffered from yesterday. For tomorrow, I try my best to follow the leading group and make a good race until the final lap!”

“I am a little bit disappointed because I would’ve liked to be within second row on the grid. Anyway, we have made further improvement with our setup and I am confident for the race. For sure, I need to make a good start and I believe I can do it.”

“Both of our riders did very well today. Pawi deserves front row and Ono’s lap time is very competitive. I believe they will make a good race tomorrow. For the race, it is crucial if they can keep consistency until final laps. We will make sure their setting in warm up session to fight for the race.”