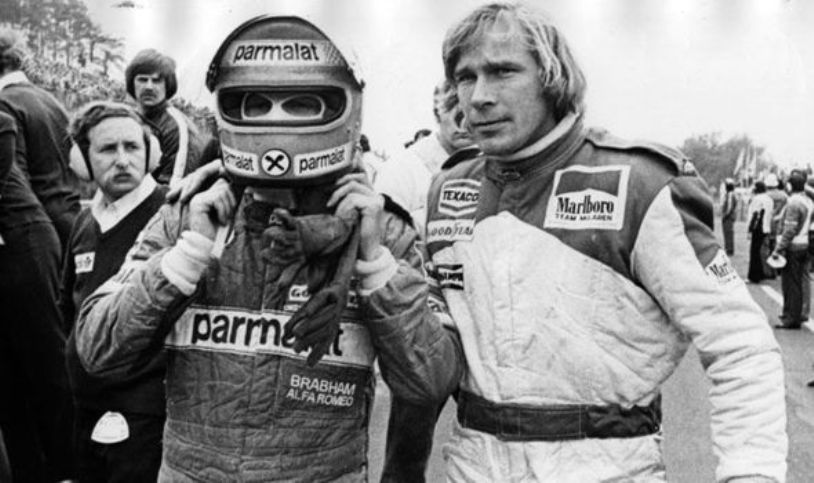 Lewis Hamilton and Nico Rosberg will battle for the 2014 Formula One world championship in the season-ending race at Abu Dhabi on Sunday. AFP Sport looks at five memorable last-day dramas:

A memorable season reached an unforgettable climax in 1976 when, after a roller-coaster duel that saw Niki Lauda survive after having the last rites read to him following a blazing crash at the Nurburgring, the British playboy James Hunt claimed the title in teeming rain at Fuji in Japan. Astonishingly, Austrian Lauda not only survived his accident, but he returned to action a month later to finish fourth at the Italian Grand Prix. Hunt won twice during his absence and cut Lauda’s title race lead to three points. In heavy rain, Lauda protested at the conditions and stopped racing after one lap. He retired, leaving Hunt to battle on for glory in the downpour. Despite a puncture, he succeeded –- but only just, finishing third to take the championship by one point.

Nigel Mansell began the Australian race in Adelaide needing only a third place finish to take the title. He had won five races and taken nine podiums until then and was a clear favourite in a contest that also involved his Williams team-mate Brazilian Nelson Piquet and Frenchman Alain Prost of McLaren. Mansell took pole, but it was Prost’s team-mate Finn Keke Rosberg who led until he had a puncture on lap 63 and retired. Mansell was third and looking confident when he suffered a violent tyre blow-out that saw him lurch across the circuit in a shower of sparks. This left Piquet in control, but Williams called him in for a tyre change that handed Prost the lead and, ultimately, his first of four drivers’ world titles.

This was a black year for Formula One with the deaths at the San Marino Grand Prix of Austrian Roland Ratzeberger and Brazilian Ayrton Senna followed by the emergence of German Michael Schumacher as an arch pragmatist and champion. He took the title, however, in the most controversial circumstances after a year in which he and his team Benetton were frequently linked with dubious events on and off the circuit. Schumacher had been banned during the year, but was desperate to succeed and, again in Adelaide, he produced a desperate move in his bid to prevent Briton Damon Hill claiming the championship for Williams. Schumacher led the Englishman, but made a mistake and slid off into a wall. As the following Hill approached, Schumacher pulled his car out across his line and deliberately caused a collision. It finished Schumacher’s race. Hill’s car was damaged. He drove back to the pits, but had to retire and Schumacher, in the worst way, claimed his first title of seven. Three years of debate later, the German found himself in a similar position for Ferrari at the 1997 European Grand Prix at Jerez in Spain and drove into Canadian Jacques Villeneuve, of Williams, Villeneuve survived, finished third and took the title. Schumacher was disqualified and thrown out of the championship.

Local hero Felipe Massa headed into his home Brazilian Grand Prix at Interlagos knowing he had to win or finish second for Ferrari to have a chance of taking the title, providing Lewis Hamilton finished outside the top five in his McLaren. The crowd gave Massa inspiration. He took pole and led and won amid raucous and emotional scenes. One the final lap, Hamilton -– who had lost places in heavy rain –- fought back and in the final corner passed German Timo Glock’s Toyota to reclaim fifth position to the amazement and shock of Massa, his family and Ferrari. It was raw racing all the way from first to last as Hamilton took his first world title.

Four drivers arrived at the Yas Marina Circuit with a chance of success and championship glory –- Spaniard Fernando Alonso of Ferrari, on 246 points, the Red Bull duo of Australian Mark Webber on 238 and German Sebastian Vettel on 231 and Briton Lewis Hamilton of McLaren on 222. In a confusing race that included an early Safety Car intervention and many pit-stops for tyres, Vettel led from pole ahead of Hamilton. When Webber pitted, Alonso followed suit and emerged to be trapped behind Russian Vitaly Petrov of Renault. He struggled to pass him and allowed Vettel, in front, to pull clear and make hay on his way to his first of four successive championships with Red Bull. Alonso, who needed to finish fourth, came home seventh. In winning, Vettel became the sport’s youngest champion, a title previously held by Alonso.