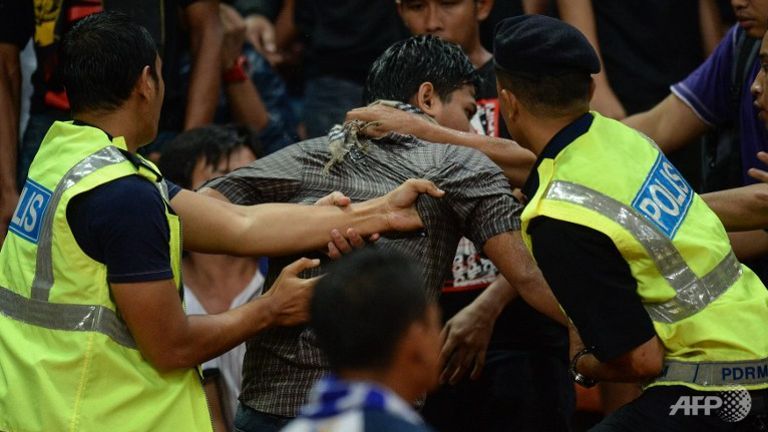 The five face a possible jail term of up to two years and a fine if found guilty of violence at Malaysia’s Shah Alam stadium following Vietnam’s 2-1 win on December 7.

The ugly scenes, which occurred at the end of the match, prompted Malaysia’s sports minister to apologise to Vietnam. Police are also hunting others involved in the incident.

Despite Vietnam’s first-leg victory, Malaysia progressed to the final after winning 4-2 away from home. They play Thailand in the final’s first leg later on Wednesday.

Football-related violence is nothing new in Malaysia with various acts of hooliganism staining the country’s reputation recently.

Earlier this month, the Asian Football Confederation fined the Football Association of Malaysia $10,000 over unruly fan behaviour during a March friendly against the Philippines.

In September, a Malaysia Cup match between rivals Sarawak and Perak erupted into a riot when 2,000 Sarawak fans smashed cars and fought police after the game. – Agence France-Presse