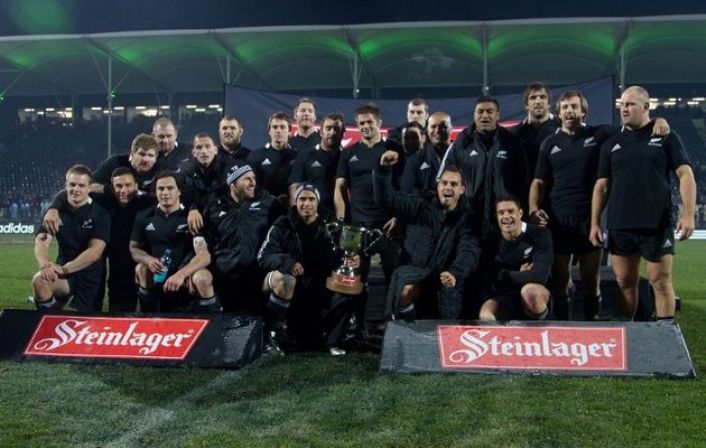 “In New Zealand there is a strong cultural connection between alcohol and sport which needs to be addressed,” the Ministerial Forum on Alcohol Advertising and Sponsorship found after a two-year review.

“The forum is concerned that young people are not protected from exposure to alcohol sponsorship when viewing sport.”

It called for a short-term ban on sponsorship of all sports that are broadcast or streamed online, followed by a complete ban on all alcohol sponsorships within five to 10 years.

“Many sporting teams and clubs, and individual athletes are ‘heroes of the young’ and therefore team kit and equipment with alcohol logos is a tacit endorsement of the product,” it said.

“Further, the association creates positive expectancies around the sponsoring brand or product and the outcome of alcohol consumption.”

It said France had successfully introduced a similar ban in 2010, calling it “a practical example of how local advertising and sponsorship restrictions can be implemented”.

Steinlager beer is one of the major backers of New Zealand’s most famous sporting team the All Blacks, including paying for naming rights of this year’s home series against England.

The report recognised many grassroots sporting clubs would struggle if alcohol marketing was banned and recommended the government fund a sponsorship replacement programme to help address the shortfall.

But it said action was needed to break the link between sporting prowess and excessive alcohol consumption that was being fed to young people.

“Given the revered status of sport and sporting heroes in New Zealand the forum sees implicit association between alcohol consumption and sport as unacceptable and too prevalent to leave unattended,” it found.

The Association of New Zealand Advertisers said the review had taken an “extreme” position that ignored international evidence that the biggest factor contributing to problem drinking was friends and family, not advertising.