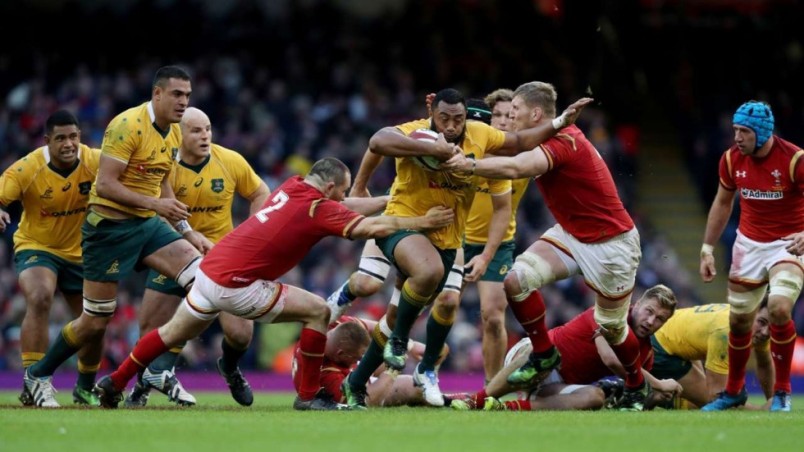 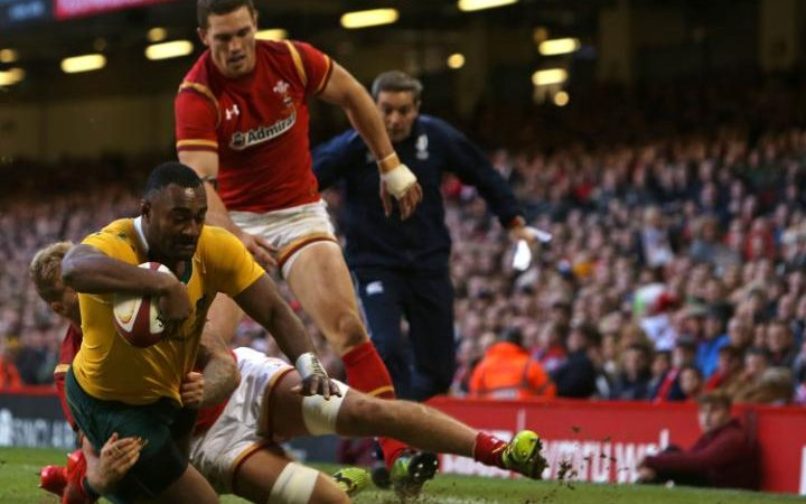 Australian fly-half Bernard Foley was in imperious form as he helped extend the Wallabies’ winning streak over Wales to 12 games with a comprehensive 32-8 victory on Saturday.

Foley exchanged an early penalty with Leigh Halfpenny before the visitors scored three first-half tries from skipper Stephen Moore, Reece Hodge and Tevita Kuridrani to lay the bedrock for a dominant display.

Foley himself stretched the lead early in the second period with his own try before Scott Williams pulled one back for the home side, seeking their first victory in an opening game of an autumn series since beating Romania in 2002.

But the Wallabies had the last laugh when winger Dane Haylett-Petty crossed for a fifth try after picking off a sloppy Welsh pass.

Wallaby captain Moore said the game had been “pleasing”.

“You never know how much possession you are going to get and I think we threw it away a bit,” the hooker said.

“We attacked well and it is a nice way to start the tour.”

Wales counterpart Gethin Jenkins admitted that his team had not got their hands on the ball in the first half.

“We made errors and they punished us,” said Wales’ most capped player, with 127.

“It’s always an uphill task to get back into the game but full credit to Australia.”

“We showed some good spirit at the end but we lost the game in the first half.”

Since losing to New Zealand in the final of last year’s World Cup, Australia have endured a six-match losing streak and headed into Saturday’s match with just three Test wins in the last 11.

But the Wallabies certainly did not hold back at Cardiff’s Principality Stadium, displaying an all-encompassing attacking verve that left Wales looking leaden-footed and totally bereft of ideas in the opening half.

Australia showcased their intent from the off, going through phase after phase in the opening three uninterrupted minutes, which featured a sublime Israel Folau offload and culminated in a Foley penalty to open the scoring.

Halfpenny responded immediately after Rory Arnold was caught in possession from the restart.

But that was an extremely rare Welsh sortie into Australian territory, with this season’s Rugby Championship runners-up in full control and Foley orchestrating waves of structured attack that had Wales on the back foot.

Spurning a kickable penalty, the Wallabies went for the corner, and Moore crashed over from the driving maul, Foley missing the extras.

The Wallabies completely dominated possession and territory for the next 15 minutes, Wales’ defensive woes worsened when fly-half Dan Biggar was yellow carded for cynically holding back Haylett-Petty with the tryline begging.

The Australian winger then spilled an inside Foley pass in the Welsh 22m area before Halfpenny produced a try-saving tackle on Hodge as he waltzed through Wales’ line.

But it was not long before Hodge was played in, another inside Foley pass setting Folau free. The graceful full-back sprinted into space and with options either side, passed back into the centre for the five-pointer, Foley again missing the conversion.

Halfpenny’s second penalty attempt went wide and the Wallabies punished the home side with a third try, Foley’s delayed pass allowing Kuridrani a clean run at the line after dummying the Welsh full-back.

Foley converted to hand the visitors a 20-3 half-time lead and was the first name on the scoreboard in the second period, running in a try of his own after slick hands in midfield.

Scott Williams, a late call-up for the injured Jonathan Davies at centre, gathered his own grubber through to pull a try back for Wales.

Replacement winger Hallam Amos had a try ruled out with five minutes to play to sum up a disappointing afternoon for a well-beaten Wales side, whose record against the “big three” of Australia, New Zealand and South Africa now stands at just two wins in 34 games since Warren Gatland took charge in 2008.

Australia’s victory, however, gives them the perfect start to their bid for a first Grand Slam since 2008, with matches lined up against Scotland, France, Ireland and England, plus a midweek match with the French Barbarians. – Agence France-Presse