Home 2020 Form and colour of the ID. family: new design for the ID.R 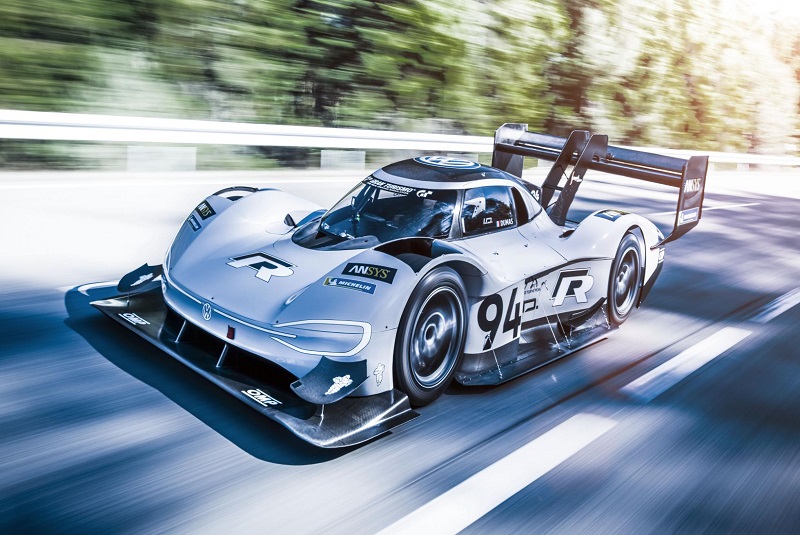 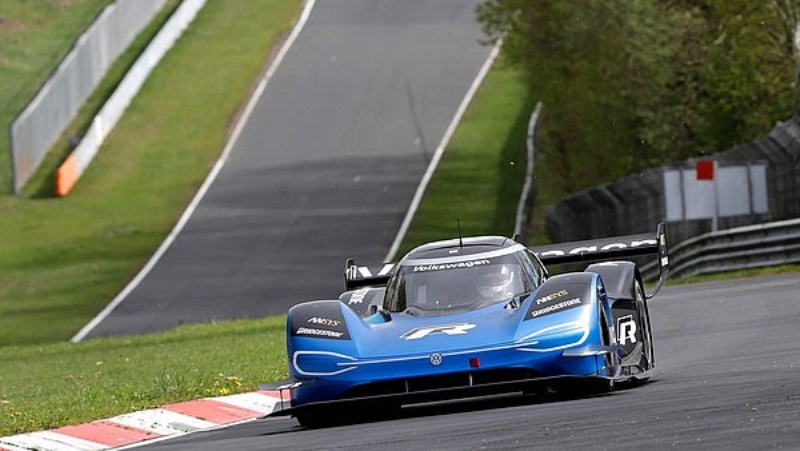 Close cooperation between motorsport and design departments in

Volkswagen Motorsport to appear with ID.R at Goodwood SpeedWeek in October

A new look for the Volkswagen ID.R. Since the project started in 2018, the fully-electrically driven race car from Volkswagen Motorsport has sported grey, blue and red colours while setting five records on three continents. At the Goodwood SpeedWeek (16.–18.10.2020), it will compete clad in a new blue-silver livery. The Volkswagen design team deliberately decided to choose these colour tones. Blue serves as an identifying characteristic for Volkswagen Motorsport and Volkswagen R.

Scale Silver has been taken from the colour programme for the ID.31, the first production model from the range of fully-electrically driven cars by Volkswagen. To underline the close connection to the ID. family, the ID.3 will appear alongside the ID.R at Goodwood SpeedWeek. The first model from this totally new generation of fully electric vehicles has been on sale since 20th July. Delivery has already begun for the ID.3 1st Edition, limited to 30,000 cars.

The colours in the new design for the ID.R are not the only aspect shared by the sporting figurehead for the Volkswagen electro offensive and the ID. family. “Of course, the colour scheme is one of the first characteristics that catches the eye,” says Marco Pavone, Head of Exterior Design Volkswagen.

In addition to the choice of colours, the honeycomb elements are another distinguishing feature. On the ID.3, these are present on the front skirt and the C-pillars, for example. With the 500 kW (680 PS) ID.R, the honeycombs do not just play a part on the outer skin, featuring in the “Union Jack”, the British flag that appears as a homage to Goodwood SpeedWeek. Inspired by the form of the honeycomb, the tremendously rigid hexagons find application in composite materials in the monocoque and in the aerodynamic components of the electric racing car.

The black roof represents another characteristic of the entire ID. family. “On the ID.R, the film application stops at the shoulder line on the monocoque and only continues upward with an aluminium frame on the windscreen, which is drawn into the side air intake like a C-pillar,” says Pavone. “That comes from the ID. family, primarily from the ID.3. This chrome accent is also to be found on the A-pillar, the roof frame rail and the C-pillar. That is a feature common to all ID. models.”

The closeness to the ID. family was an important premise for the design team. “When we make it, it must be recognisable one-to-one as a member of the ID. family,” says Pavone about the specifications. “Of course, that is extremely challenging as you have to pay attention to other things when you are designing a high-performance vehicle. We managed to achieve this despite the aerodynamic challenges and I believe that customers and motorsport fans can recognise the car as an ID. member – even if you were to completely remove the decals.”

During the development process the design team faced some special challenges, such as the limited options for implementing the design on film. “The wheel arches on the ID.R stretch a long way up. The film must therefore be able to deal with a large deformation,” says Pavone.

The film is warmed during the application process to pull it over the shape. However, the film can only be stretched so far. If you overdo it, it could tear,” explains Pavone, adding: “If you were to print a design like the ID. honeycomb on the film and then deform this in a three-dimensional manner, the honeycomb structure would no longer appear correctly. The design that we can implement is effectively limited to the surface where the film can deal with the deformation.”

For this reason, consideration was given on several occasions to the possibility of painting parts of the ID.R. “Ultimately, we always came back to the film as this is lighter on the bodywork than painting, and weight is a critical topic in motorsport,” says Pavone. From an aesthetic point of view, painting would have the advantage of making it easier to display the design.

“In the right light, metallic paint always looks better than the film, as it has more ability to model shapes and boasts more depth,” says Pavone. Nonetheless, the cooperation with Volkswagen Motorsport on this fourth design for the ID.R succeeded in clearly positioning the electric race car as a member of the ID. family. “I see something modern. I can see that it is an ID. car, and that is electrically powered,” says the Head of Exterior Design Volkswagen. 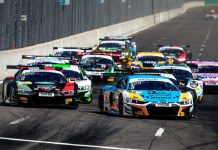 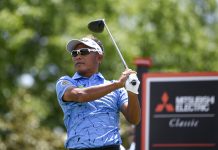