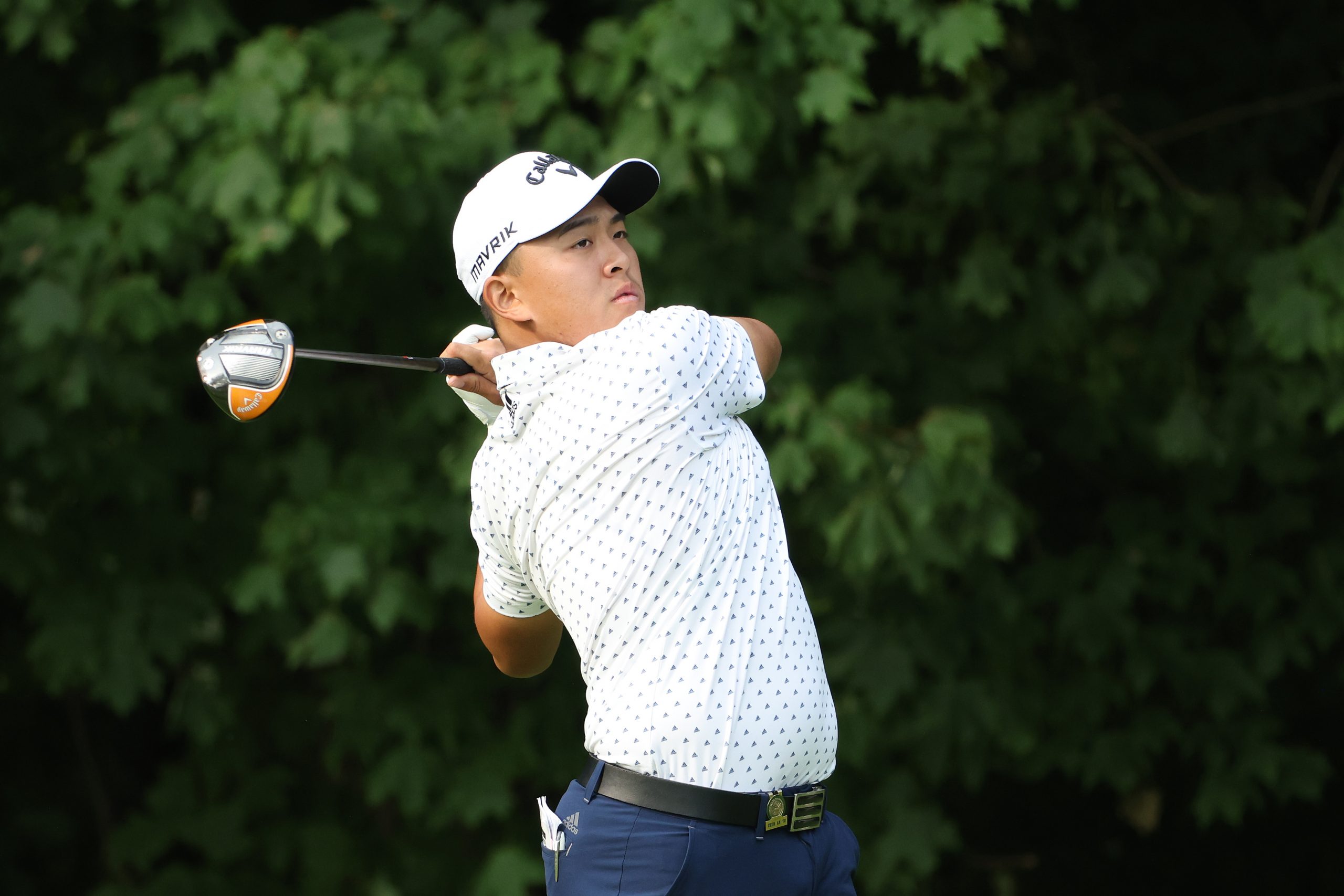 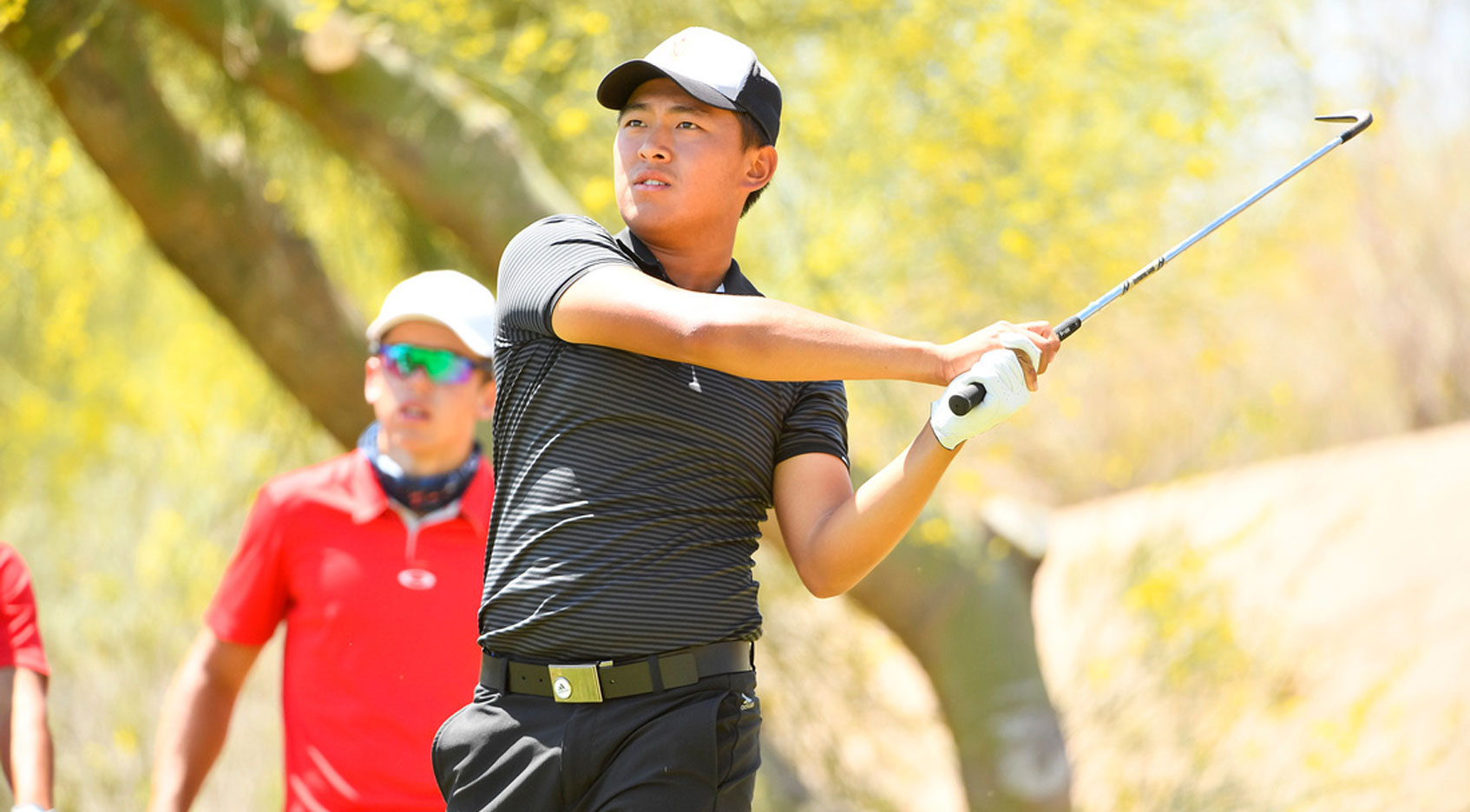 Chinese Taipei’s Chun An ‘Kevin’ Yu takes his professional bow on the Korn Ferry Tour on Thursday with high hopes of fast-tracking his fledgling career to join close friend and compatriot C.T. Pan on the PGA TOUR in the very near future.

The 22-year-old Yu tees up in the BMW Charity Pro-Am presented by Synnex Corporation courtesy of his fourth-place finish in the inaugural PGA TOUR University Ranking, a program launched last year to strengthen and elevate the path to the PGA TOUR for elite college golfers. He will be exempt into all remaining open, full-field Korn Ferry Tour events in 2021.

Yu is the latest Asian prospect keen to make his mark in the game. A former World Amateur No. 1 golfer, he garnered three wins and four runner-up finishes while representing Arizona State University and posted the second-best scoring average by a freshman (71.61) in the team’s history, only behind current World No. 3 Jon Rahm (2012-13).

“It’s definitely going to be so different from last week to this week. Everything is on my own now as during college, our coaches handled everything. I’m trying to be myself and try not to beat myself and not do some hero stuff. One step at a time and on the golf course, just focus on where to hit into a good spot, hit a good shot and try to make some putts.”

Yu intends to take up on Pan’s advice and follow in his footsteps as he embarks on his new journey in the game.

He has known Pan, a one-time PGA TOUR winner and an International Team member at the 2019 Presidents Cup, since they played amateur golf together and helped Chinese Taipei win the team gold medal in the 2016 Asian Games. Pan won the individual gold then while Yu took the bronze medal.

“The goal is to try to get my PGA TOUR card by the end of the year. I’ll try to focus in the moment. People usually think too much when you turn pro, and I’ll try to be normal and play my own game and hopefully play good and get onto the PGA TOUR very soon,” he said.

“C.T. is a good friend. He’s set a good example to me and all the young kids. He started college in Washington and went on to the Mackenzie Tour – PGA TOUR Canada and Korn Ferry Tour. He was winning tournaments and setting a good example for me to try to achieve. He’s given me a lot of advice and now that I’m here, I’ll try to do the same thing and maybe try to do better than him. He’s told me to not overthink it and take this opportunity and be myself. Best advice before coming here is that there is just no short cuts for your dreams and we’ll get there if we work hard.”

As an amateur, Yu qualified for the last three U.S. Opens to enjoy a taste of competing against the best golfers in the world. At Winged Foot last September, he agonisingly missed the cut by three strokes after dropping eight shots over his last six holes.

“I really think I played better in Winged Foot although not over the last few of holes. I definitely felt like I belonged out there,” said Yu. “If I can do what I’ve been doing, I should get there and try to have a good career.

“When I played in my first U.S. Open (2018), I was super nervous. I was more nervous playing with Rory (McIlroy) in a practice round but once we played a couple of holes, I loosened up and it was pretty fun playing with the best player in the world. I definitely learned a lot of stuff throughout those weeks.”

Part of his amateur accolades include winning the 2015 Junior PLAYERS Championship at TPC Sawgrass against a field which included future PGA TOUR winners Matthew Wolff, Viktor Hovland and Joaquin Niemann. Wolff was also in the field when Yu won the 2019 Australian Master of the Amateurs at Royal Melbourne, site of the 2019 Presidents Cup.

He is ultimately thankful of his time at Arizona State University, which has produced great golfers including 45-time PGA TOUR winner and recent PGA champion Phil Mickelson, Rahm and Europe’s Ryder Cup stalwart Paul Casey. He is equally appreciative of PGA TOUR University for providing the route to elite college golfers onto the Korn Ferry Tour.

“The last five years, it’s been a pleasure to be a Sun Devil. I’m so glad I made the choice to play for Arizona State, it was a wonderful experience. It (PGA TOUR University) means a lot to all the college players as going straight from college to Korn Ferry is not easy. If we don’t have this opportunity, you have to go through all the qualifiers, play four stages and every stage is hard. This is such an amazing opportunity for us to do good out there,” said Yu.