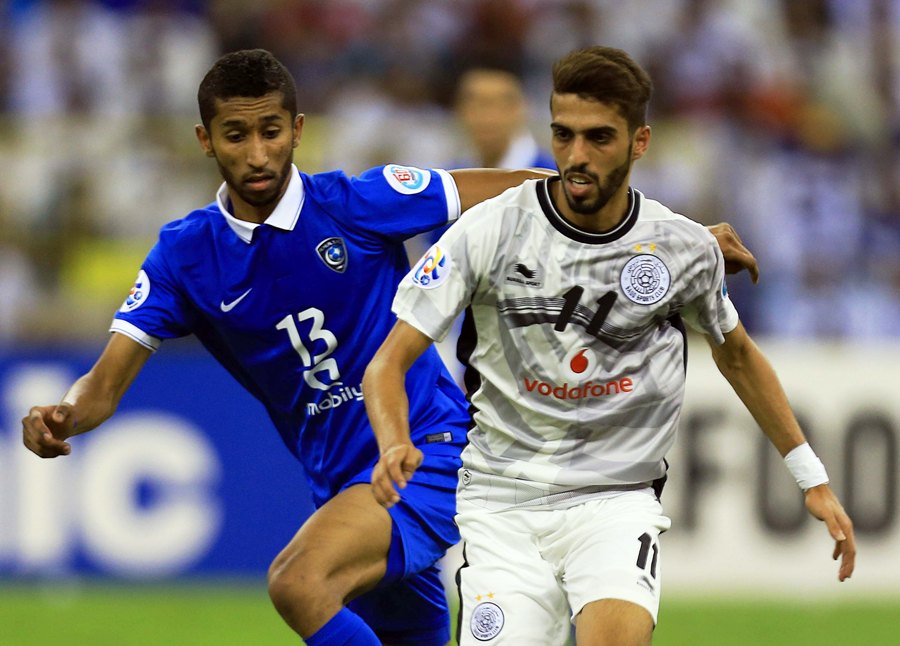 Former champions Al Sadd will seek to return to the semi-finals of the AFC Champions League for only the second time in 12 years as the 2011 champions look to overcome a 1-0 deficit against Saudi giants Al Hilal in Tuesday’s quarter-final second leg.

Al Sadd coach Lhoussaine Ammouta saw his team go behind in the first leg in Riyadh earlier this week as Salman Al Faraj’s second-half strike secured Al Hilal a narrow advantage to take into the upcoming game in Doha.

But despite the first leg setback at a packed King Fahd International Stadium, Ammouta believes that his Al Sadd players showed him enough in that game to provide hope ahead of the return meeting.

“I expected a tough match in Riyadh and we gave a good performance which makes me satisfied before the second leg,” said the Moroccan, who was a member of the coaching staff when Al Sadd claimed the 2011 continental title.

“We showed a good performance against Al Hilal although we relied more on defence. As a result, we didn’t create many scoring chances and we should try our best to improve this side of our game.

“But at the end of the day, I’m happy with the result and I hope that we can win in the second leg to go through.”

The Qatari side’s hopes will be bolstered by the return of defender Abdelkarim Hassan who missed the game in Riyadh through suspension.

Al Hilal coach Laurentiu Reghecampf, meanwhile, is very much aware that the quarter-final tie is still hanging in the balance despite his side’s goal advantage.

The two-time Asian Club Championship winners have not been to the semi-final stage of the continental tournament since 2010 and two years ago they were eliminated from the quarter-finals by eventual winners Ulsan Hyundai of Korea Republic.

“Despite the good result, it is still not decisive as there is still a second match in Doha and we must remain focused if we want to continue in the competition,” said Reghecampf, who took over as Al Hilal coach in May.

“We should improve our performance in the second leg and I hope that we can get a positive away result.”

And the UAE President’s Cup holders are in a strong position to reach the last four for the first time since 2005 after a pair of second-half strikes by Ismail Ahmed and Asamoah Gyan gave them victory at the Hazza Bin Zayed Stadium in Al Ain City.

Even though it was Al Ain’s first-ever win over Al Ittihad in the AFC Champions League, their Croatian coach Zlatko Dalic warned his players against allowing complacency to enter their performances.

“We achieved a positive result but it is not the end of the encounter,” said Dalic.

“The second leg match will be very hard and we should forget the good result that we achieved today because we have another task ahead of us.”

Dalic’s opposite number Khalid Al Koroni had enjoyed a 2-1 group stage victory at home over Al Ain in his first AFC Champions League game in charge of Al Ittihad, but he will now need to better that scoreline in order to achieve the Saudi powerhouse’s sixth semi-final appearance.

“We tried our best to level the score in Al Ain in the first leg meeting but we were not lucky,” said Al Koroni.

“In the first half we showed that we know Al Ain very well but when we went into the attack, we left our back exposed and they managed to score.”

“However, I hope that in the second leg we can make a good comeback.”

The remaining quarter-finals will conclude on Wednesday as Australia’s Western Sydney Wanderers travel to China to face defending champions Guangzhou Evergrande with a 1-0 lead from the first leg, while 2013 finalists FC Seoul and fellow K-League Classic side Pohang Steelers clash in the Korean capital following their goalless stalemate in Pohang.