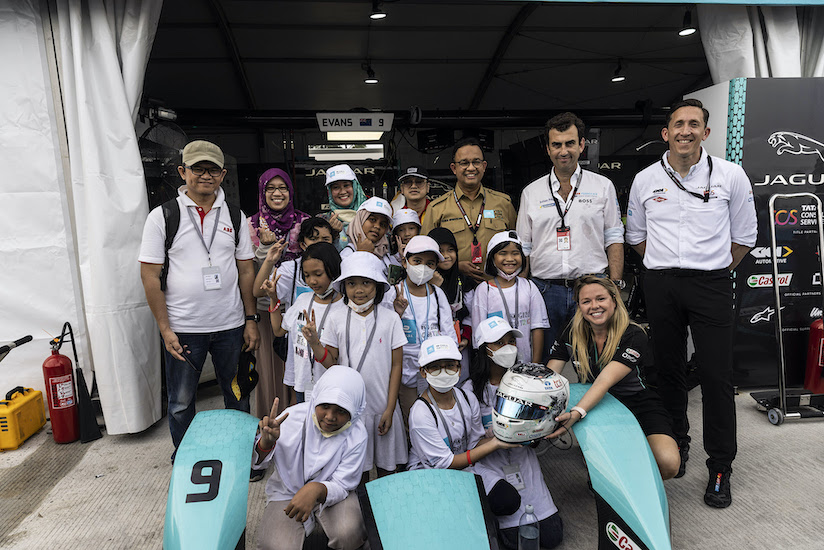 Hankook Tire is the new Technical Partner of the ABB FIA Formula E World Championship from Season 9 and will showcase its commitment to social sustainability and gender diversity alongside the FIA and current Global Partner of the programme ABB.

The Season 9 programme will include more hands-on workshops and behind-the-scenes experiences for girls aged 12-18, with an increased focus on education, off-site careers talks and a presence at all races.

The virtual programme including online virtual sessions, will enable girls around the world to access the insights of inspirational female leaders from across the championship, including teams and partners.

Aimed at countering gender inequality in the motorsport and engineering industries, where only 1.5% of all professional motorsport licences are held by women, the one-day immersive experience helps inspire and educate girls on the different roles open to them within motorsport.

From broadcasting, health & safety, driving and media roles, participating girls get exclusive behind-the-scenes access to race day operations and the opportunity to hear from female leaders across the championship.

“We are excited to team up with our technical partner Hankook Tire to deliver an expanded and more immersive experience for young girls who are interested in exploring the opportunities of a future in the world of motorsport and Formula E. There are women working in the championship’s paddock today who have attended FIA Girls on Track workshops in the past, underlining the positive and even life-changing potential of the programme. By also launching the programme virtually, we will engage so many more girls that could have future career in motorsport and help accelerate gender diversity in the industry.”

“Hankook are fully committed to supporting the FIA Girls on Track Programme for the upcoming season. We are delighted to be able to add our know-how to the programme for young girls aged between 12 and 18, which was launched in 2019. With the topic of tyres, we are presenting another aspect of professional motorsport. The Hankook team wants to use our involvement in Formula E to offer the youngsters a fascinating insight into what goes on behind the scenes in motorsport.”

“Through the collaboration between the FIA Women In Motorsport Commission and Formula E, we have enabled thousands of young women around the world to discover motorsport. The FIA Girls On Track programme has been the start point for a career in motorsport for some. For others, it a glimpse of the many roles they can play beyond the cockpit. I would like to thank Hankook for their support which will further enhance the quality and visibility of our programme. Its expansion with virtual sessions is also a step towards our goal of engaging with as many girls as possible around the world.”

Now in its fifth year, FIA Girls on Track has hosted nearly 1,800 girls across 11 Formula E races and six different race locations, where they have participated in careers talks, karting, media workshops and learnt about cutting edge technology currently being developed by the series’ partners and teams.