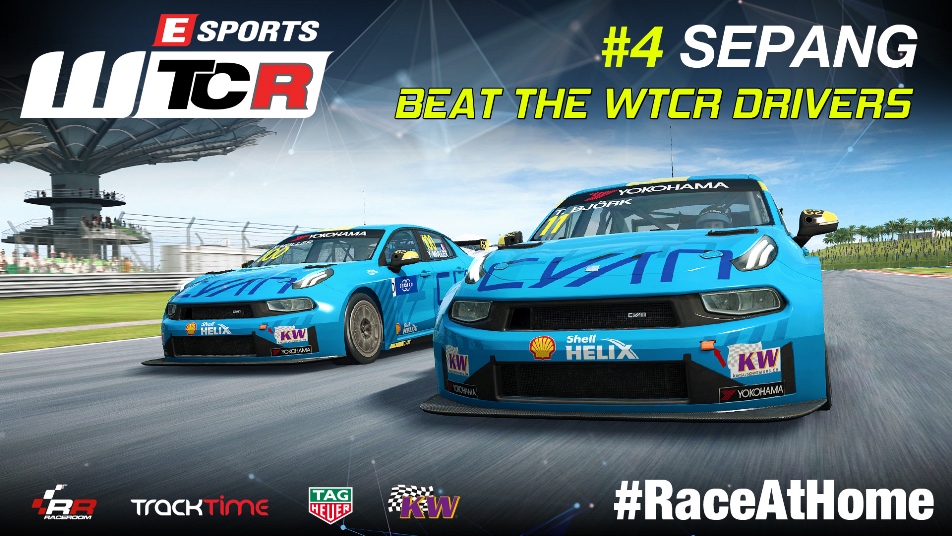 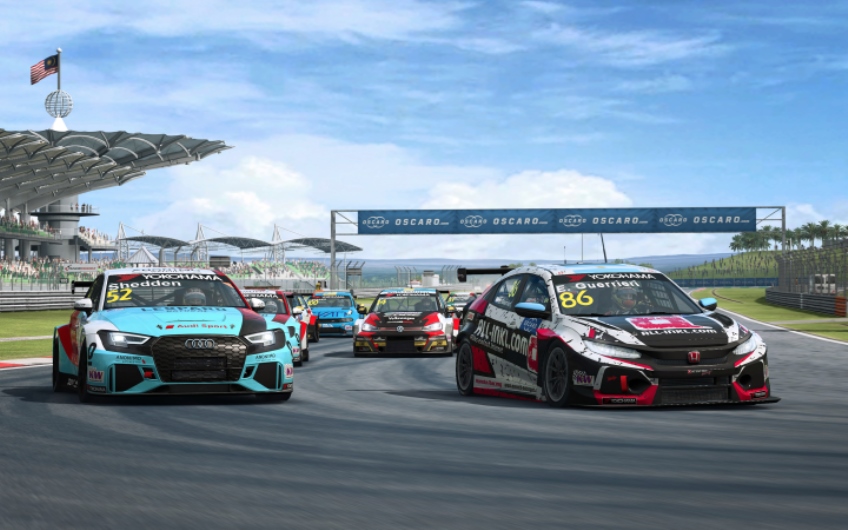 They appear on an A-list of online racers competing against real-life drivers from the WTCR − FIA World Touring Car Cup past and present for two series-deciding races on the track where Norbert Michelisz and Esteban Guerrieri fought it out for WTCR title gold last December.

As well as entertaining fans staying safe at home while they wait for the WTCR proper to begin, all Esports WTCR Beat the Drivers will be promoting the FIA’s #RaceAtHome campaign.

All roads lead to Malaysia
Today’s Sepang event is the fourth and final round of the Esports WTCR Beat the Drivers series and follows online races at Hungaroring, Slovakia Ring and Ningbo International Speedpark, with drivers using cars and liveries from Esports WTCR 2019. A prelude to the full Esports WTCR online championship due to begin later this year, the pre-season series lists TrackTime, TAG Heuer and KW Suspensions as partners with a TAG Heuer watch going to the champion.

How they stand with Sepang super-finale remaining
After six races, just four points split Hungary’s Gergo Baldi (M1RA Esports) and German Moritz Löhner (Williams Esports). Baldi races as Gabriele Tarquini in a Hyundai i30 N TCR with Löhner competing as Tom Coronel in a CUPRA TCR. The standings after round three are as follows: http://game.raceroom.com/championships/48#standings

Top simracing talents in action
As well as Gergo Baldi and Moritz Löhner, other top simracing talents set for action at a virtual Sepang include last season’s live champion Kuba Brzezinski and newly-crowned Time Attack winner Bence Bánki. Below are the 20 simracers in action on RaceRoom’s top server today and here’s the pre-qualifying leaderboard link: http://game.raceroom.com/competitions/1030/leaderboard

Azcona outpaces Guerrieri in Esports WTCR Beat the Drivers pre-qualifying
History is repeating for Esteban Guerrieri ahead of the final round of the pre-season Esports WTCR Beat the Drivers series at a virtual Sepang International Circuit this evening (Monday). When the Argentine raced for real at the Malaysian venue last December, he was locked in a thrilling fight with Norbert Michelisz for WTCR − FIA World Touring Car Cup title glory until contact with Mikel Azcona sent him off track and out of the fight. But having been the best of the real-life WTCR racers online so far this year, Azcona went faster in pre-qualifying with a 2m11.969s compared to Guerrieri’s 2m11.980s to underline his competitiveness. 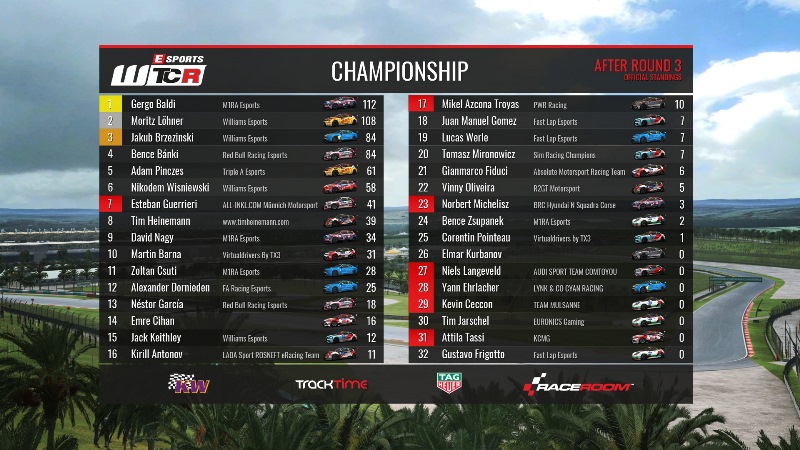 Baldi keeps Ningbo win despite Guerrieri clash
Top online talent Gergo Baldi has escaped sanction following his clash with Esteban Guerrieri in the second of two pre-season Esports WTCR Beat the Drivers races at a virtual Ningbo International Speedpark earlier this month. Guerrieri was leading at the time of the incident, which occurred a handful of corners from the finish. However, stewards from RaceRoom confirmed no action would be taken. Click here to find out more.