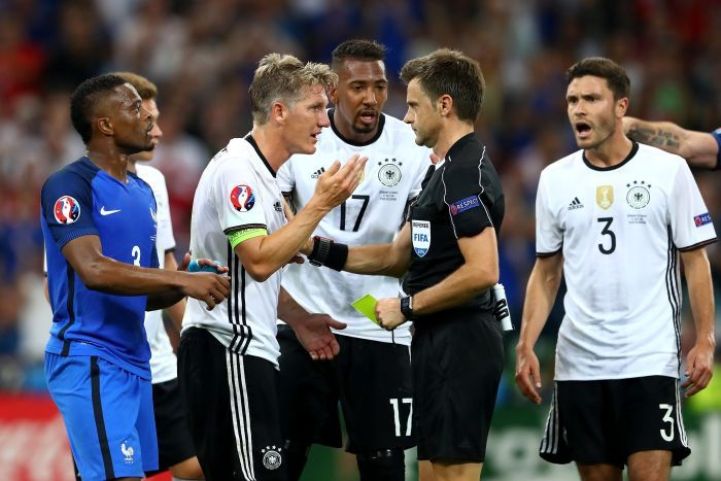 “We found it tough but we didn’t give up,” Deschamps said as he celebrated the 2-0 win in Marseille.

“There is quality in this German team. And when they don’t have the ball it gets even more complicated. We had the best team in the world opposite us.”

Deschamps said he felt “so much joy, and happiness for the players because they deserved” the victory.

The players had felt the support of the French nation behind them, he said.

“Before we came to the stadium we saw people going crazy — they are going to be even crazier on Sunday.

“I’ve always believed in my players. The ones I chose to form this squad have repaid me handsomely. This is their story, their victory.”

Paul Pogba, the influential midfielder who provided the cross which led to Antoine Griezmann’s second goal, said: “It’s great, it’s crazy. Look at all the people here to support us, it’s magnificent.

“‘Grizi’ did his job and we pushed them right to the end,” Giroud said.

“He has now taken the role of the leader of the attack for France and he is indispensable for us.”

Experienced defender Patrice Evra said the team had been told so many stories about the last time France beat Germany in a major tournament, at the 1958 World Cup.

But he said the psychological barrier was broken with victory in the November 13 friendly which was soon forgotten when suicide bombers detonated their explosives outside the Stade de France at the start of a series of deadly terror attacks in Paris.

“As soon as we beat them in a friendly, it gave us a lift,” Evra said.

“But we told each other we would never give up. And that’s why I’m proud of my teammates.” – Agence France-Presse