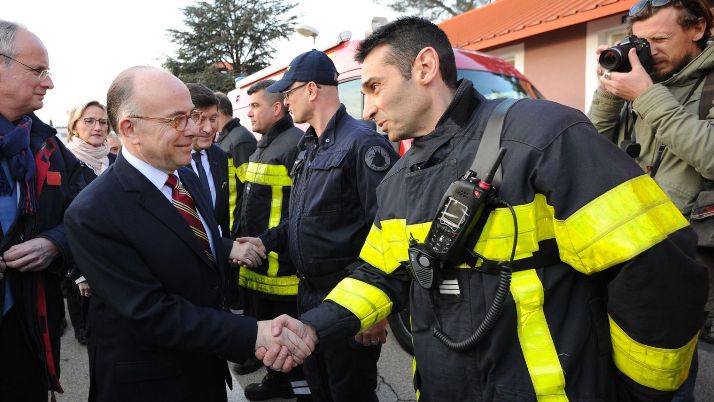 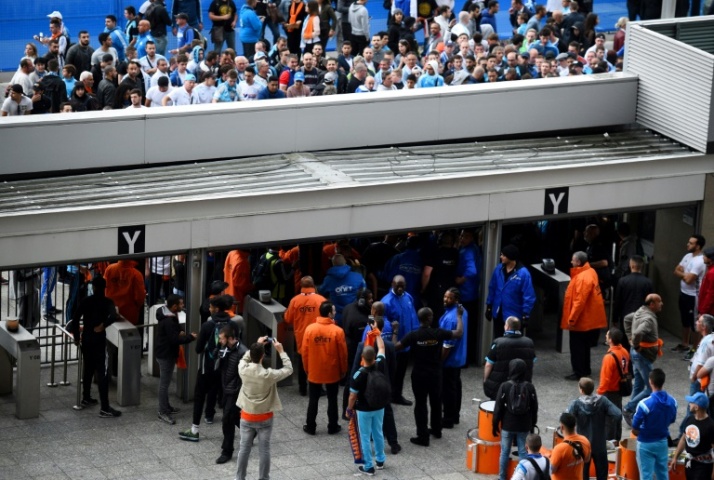 “Failures have been noted,” Bernard Cazeneuve said after chaotic scenes before Saturday’s match between Paris Saint-Germain and Marseille, which was effectively a test run for the security arrangements for the European championships.

The stadium, which will host tournament’s opening match and final, was targeted by suicide bombers during the Islamic State attacks on the French capital in November, when the attackers tried unsuccessfully to get inside the security perimeter.

On Saturday the 80,000 cup final spectators were filtered through a new two-metre-high (six foot six inch) fence put up around the stadium for Euro 2016, and were supposed to have been thoroughly searched.

Despite the security arrangements, smoke bombs were set off inside the stadium and glass bottles, pieces of plastic piping and motorbike helmets were also found.

Police said a huge crowd that had built up at one of the four entry gates in the new fence had surged past the police and security guards on duty.

Less than three weeks before Euro 2016 kicks off at the Stade de France on June 10, Cazeneuve called an emergency meeting Monday with officials from the French Football Federation and the local tournament organisers.

He said afterwards: “It has been decided to put right the malfunctions immediately, in order guarantee the fluid entry of supporters… and to ensure the efficiency of the security searches by the private security companies.”

Philippe Galli, the top local official, said earlier: “Under pressure, the system gave way at a certain number of points, which we are going to put right.

“The security will be re-focused,” he said.

It was the first time the new metal fence had been tested, but Galli suggested that just four entry gates were not enough to get the crowd into the stadium in time.

He added: “We were confronted with a huge crowd at one of the entry gates.” The crowd surged through, overwhelming the police on duty.

Before the match, Galli had promised that no-one would be allowed to enter the stadium without being searched “from head to toe”.

But he admitted that on Saturday, searches “were not done systematically and in the same way at all the entry points”.

Supporters were also able to pass objects over the fence to their fellow fans on the other side.

The security measures were intense by the standards of a sporting event in France. Even after spectators had passed through the fence, they were subjected to two further checks by stadium security staff before taking their seats.

The new fence had created “bottlenecks”, he said, and called for the entire security arrangements to be reviewed.

Referring to the terror attacks in November, he said: “By creating bottlenecks, you are going to have thousands of people stuck and if you have a suicide bomber at one of these four entry gates, can you imagine the panic?”

Cazeneuve said security would also be reviewed at the fan zones in the 10 French cities hosting Euro 2016 matches.

Seven million people are expected to use the fan zones, including the 92,000 capacity area near the Eiffel Tower in Paris. – Agence France-Presse