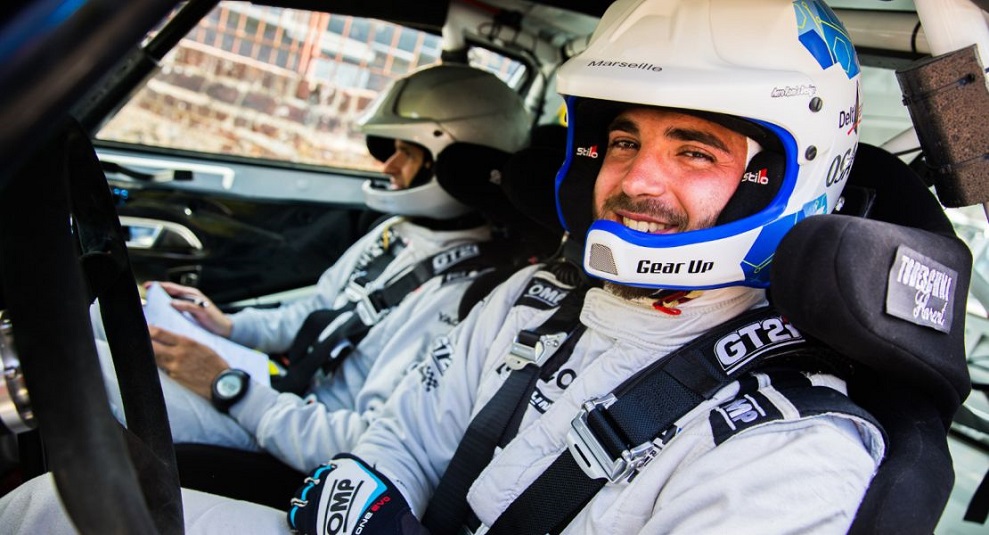 2021 French Junior Rally Champion, having won five out of six rallies this year, Florent Todeschini – alongside co-driver Florian Barral – is without a doubt one of the brightest prospects seen this season. Equally comfortable on tarmac and gravel, Todeschini and Barral are set to enjoy a rally programme next season with the support of the FFSA.

In order to add to their competitive experience, the new Champions have been given a 208 Rally4 to drive by Peugeot Sport, operated by the Lycée Saint-Vallier. Florent and Florian will discover one of the fastest two-wheel drive rally cars in a professional context with technicians from Peugeot Sport and the Lycée Saint-Vallier. This first experience behind the wheel of a Rally4 class car is a great opportunity for Florent Todeschini and Florian Barral to show their speed and prepare for the 2022 season.

Solid leaders in the U29 class, the fate of Hugo Margaillan and Laëtitia Marsault (CHL Sport Auto) is in their hands on the narrow roads of the Critérium des Cévennes. The crew can secure the title this weekend if they win the rally in their number 31 208 Rally4.

Meanwhile, Sébastien Lanquetin (CHL Sport Auto), alongside co-driver Jofrey Courtet, has made a great deal of progress in the 208 Rally4. This crew will therefore be worth watching closely on the Critérium des Cévennes stages. Winners on their first appearance in the 208 Rally Cup at the Rallye Coeur de France held at the end of September, Réhane Gany and his co-driver Franck le Floch (Rossel Compétition), the U24 champions, have also come to enjoy standing on the top step of the podium.

They would very much like to be among the frontrunners this weekend and thus confirm their rapid progress. The same goes also for Luxembourg driver Charles Munster (PH Sport by GT2i), leader of the Belgian Junior Rally Championship alongside co-driver Loris Pascaud, who would love to keep up his rich vein of form here, after a fine second place at the Rallye Coeur de France.

After scoring a top 10 finish on his 208 Rally Cup debut on the Rallye du Mont-Blanc stages, Japanese driver Suguru Kawana has clearly been won over by the leading two-wheel drive rally car developed by Peugeot Sport. Alongside co-driver Cathy Derousseaux, he will be back in the Sarrazin Motorsport team’s 208 Rally4 for his second competitive outing in France.

Clear leaders in the Gentlemen Drivers’ class, Armand Fumal and Michael Louette (Burton Racing) only need a few more points to secure the category title and earn the chance to compete in the Rallye du Var at the end of November in a 208 Rally4 entered by Peugeot Sport.

Lastly, in the fight to win the Women’s French Rally Championship, Pauline Dalmasso and Fiona Curcio are full of confidence after finishing as runners-up at the Rallye d’Antibes.

“We’re delighted to welcome Florent Todeschini and Florian Barral, the French Junior Champions, who have had a great season, winning five rallies in total, on both gravel and tarmac. Once again, the entry list makes for a high quality field with drivers capable of fighting for the top places in the two-wheel drive class. Hugo Margaillan has a chance to win the U29 title, whilst Armand Fumal is close to securing the Gentlemen Drivers’ crown. However, they will need to keep out of trouble to do so, which is no easy task on the tricky roads of the Cévennes. After a successful first experience in the 208 Rally4 on the Rallye du Mont-Blanc stages, the Japanese Suguru Kawana is back competing in France with a view to preparing for the 2022 season in the 208 Rally Cup.”

“After winning the title, Peugeot Sport invited us to take part in the Critérium des Cévennes in a 208 Rally4 operated by the Lycée Saint-Vallier. The FFSA and all our partners were very honoured by this invitation. With my co-driver Florian Barral, we couldn’t pass up this fantastic opportunity. I’m going to drive a more powerful car with a chassis designed for racing. The aim will be to up our pace gradually, initially during testing and then during the two days of the rally itself. The experience of Peugeot Sport and the Lycée Saint-Vallier will be vital in helping us to get to grips with this new environment as quickly and as effectively as possible. The 208 Rally Cup is one of the leading series in terms of promotional formulas, so we’re going to make the most of this rally to test ourselves against the best in the category.”