Home 2022 FUTSAL: Scorching start for Thailand in Group A 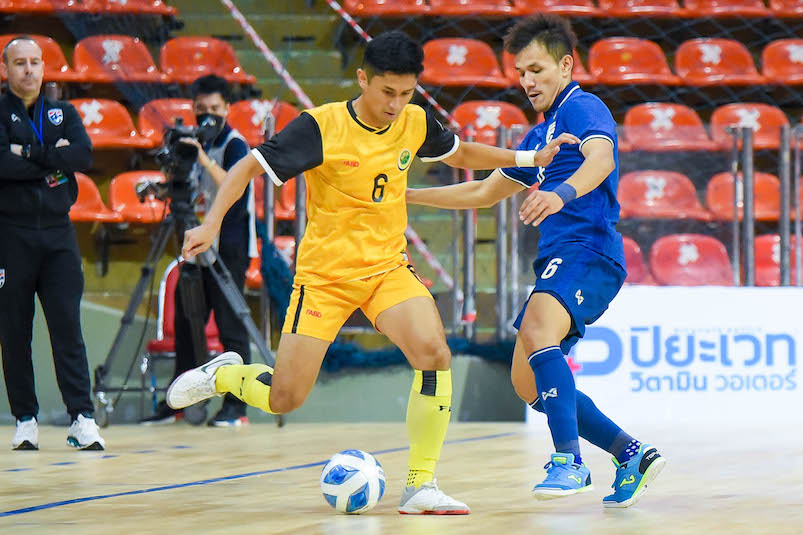 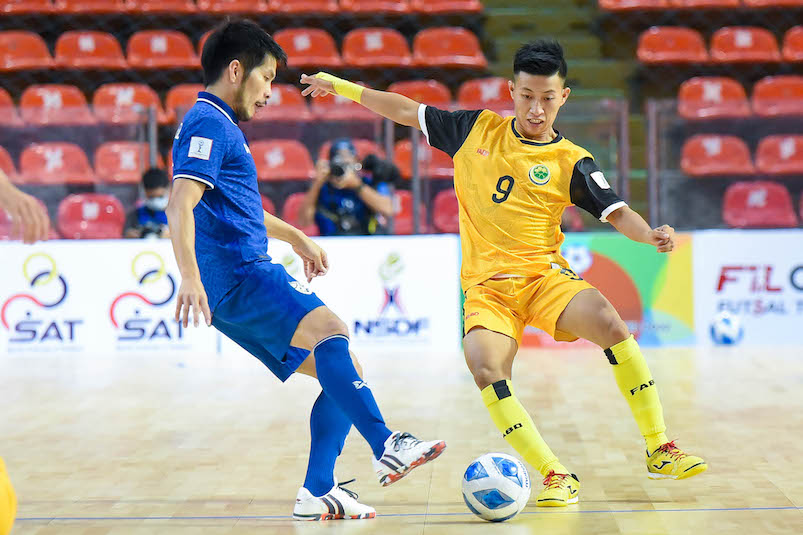 Thailand made a scorching start to their title defence in the AFF Futsal Championship 2022 when they whipped Brunei DS 13-0 in their Group A opener earlier this evening at the Indoor Stadium Huamark.

“We will be playing a lot of matches within five or six days so it is important that we use all the players available. The score is not as important for me as to how we played with high concentration,” said Thailand head coach Carlos Cesar.

It took the homesters less than 40 seconds for Krit Aransanyalak to fire home where from then on, the Thais never looked back for a comfortable 5-0 lead at the half, off goals from Panut Kittipanuwong (5th), Kritsada Wongkaeo (9th), Apiwat Chaemcharoen (13th), Muhd Abd Khaaliq (13th minute own goal) and Peerapat Kaewwilai (17th).

Brunei tried to vary their defensive line into the second half but it was all in vain as Kritsada then completed his hattrick (23rd and 40th minute), Kaewwilai (34th), Ronnachai Jungwongsuk (22nd), Aiman Amin (25th minute own goal) and a double from Osamanmusa (37th and 38th) to complete the scoreline.

“Thailand are an experienced team as they have played at the FIFA World Cup before. And before this tournament, they also played several quality matches. We tried to vary our defensive system but it didn’t work,” added Brunei DS head coach Abdul Azim Zakaria. 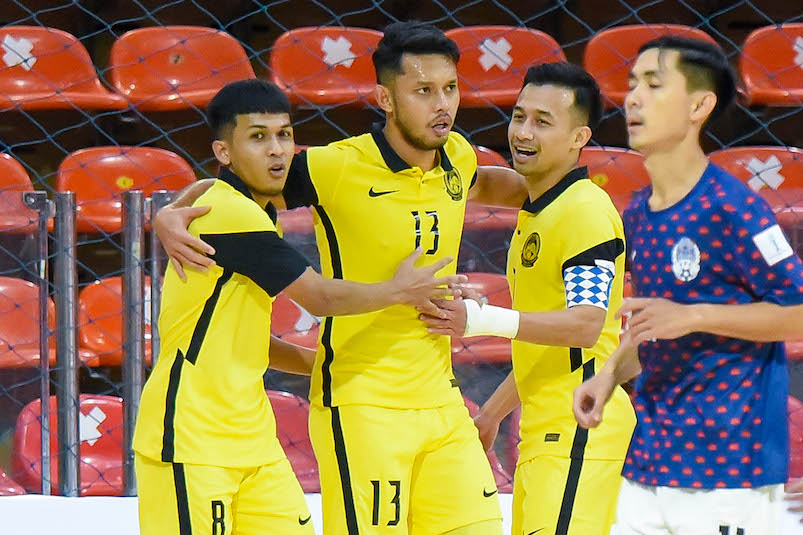 In the meantime, Malaysia had to ensure some anxious moments before they were able to walk away with a 7-6 win over Cambodia in the opening game of the group.

“It was not a good performance from the team, especially in the first half. Our players did not follow the game plan. All six goals that we conceded were from counter-attacks. We need to improve on this for the next match,” said Malaysian head coach Chiew Chun Yong.

An own goal from Ros Sichamroeun early in the first minute failed to inspire the Malaysians as they allowed Cambodia to peg the game at 3-3 at the break, off goals from Mohd Khairul Effendy (9th) and Saiful Ali Nizam (19th) for Malaysia that was cancelled out by Cambodia’s Orkchan Sereyvong (6th), Ros Sichamroeun (16th) and Diamant Prum (18th).

Following Abu Hanifa’s double (23rd and 32nd), it was an own goal from Sichamroeun (39th) and another from Khairul Effendy (39th) that would give the Malaysians advantage even though Cambodia did find the back of the net through Orkchan (25th), Chanmony Tong (33rd) and Sothydaroth Lun (40th).

“Certainly, I am very pleased with the result as I did not expect that it will be this close. Malaysia are a very strong team and I will use this experience to do better for the national team in the future,” said Cambodian head coach Chet Chanrachna