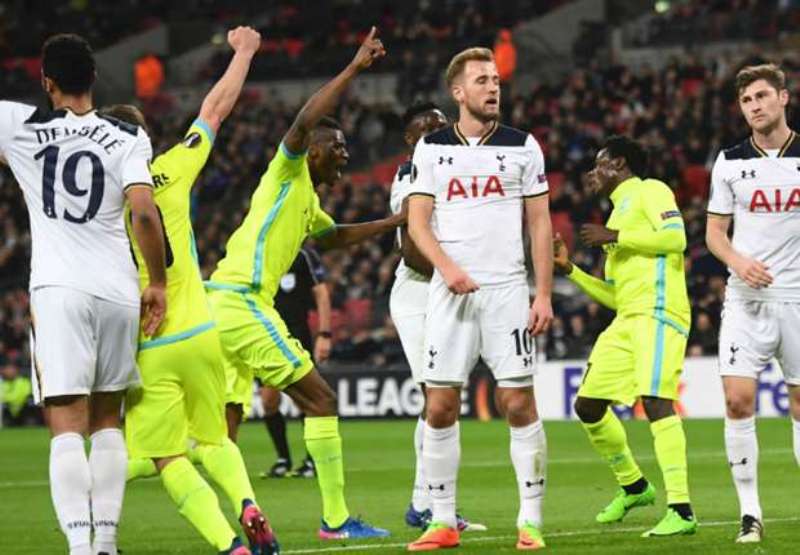 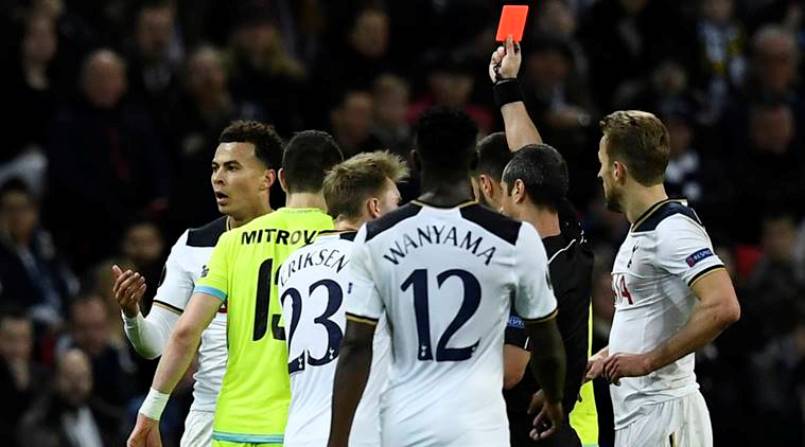 Among those joining this quartet in Friday’s draw at UEFA’s headquarters in Nyon were Roma, Besiktas and Borussia Moenchengladbach.

Mauricio Pochettino’s side trailed 1-0 from the first leg and they were unable to overturn the deficit despite twice leading on the night.

Christen Eriksen put Tottenham ahead before Gent levelled through Harry Kane’s own goal on the stroke of half-time.

Tottenham midfielder Dele Alli was sent off for a horror challenge after the interval and although Victor Wanyama restored the hosts’ advantage, Jeremy Perbet’s late strike was enough to seal Gent’s upset in front of a new Europa League record attendance of 80,465.

Earlier, a last-minute header from Isaac Kiese Thelin squeezed Anderlecht through on away goals.

Anderlecht’s hopes of progressing against Zenit St Petersburg appeared over after the Russians overturned a 2-0 first leg deficit to lead 3-2 with seconds remaining.

But Isaac Kiese Thelin’s decisive intervention earned Anderlecht an unlikely ticket to the last 16 to keep alive their dream of a first continental honour since their 1983 UEFA Cup triumph.

It was the 24-year-old Swedish international’s first goal for the club he joined last month on loan from French Ligue 1 outfit Bordeaux.

Ajax had lifted the UEFA Cup the season before Anderlecht and the Dutch giants made it into the next round courtesy of defender Nick Viergever’s close-range finish in the 49th minute against Legia Warsaw.

The only goal over the two legs put Ajax through by the slimmest of margins.

Also progressing were Roma, 4-1 on aggregate despite Villarreal taking the second leg 1-0, Besiktas, APOEL and Olympiakos.

Lyon powered through with a crushing 7-1 defeat of AZ Akmaar for an 11-2 aggregate success with Nabil Fekir securing a hat-trick.

On Wednesday Manchester United cruised into the last 16 with a 1-0 win at Saint Etienne for a 4-0 aggregate success.

Also surviving to live another day in Europe’s second tier competition on Wednesday were Schalke and Russian outfit Krasnodar, who saw off Fenerbahce. – Agence France-Presse