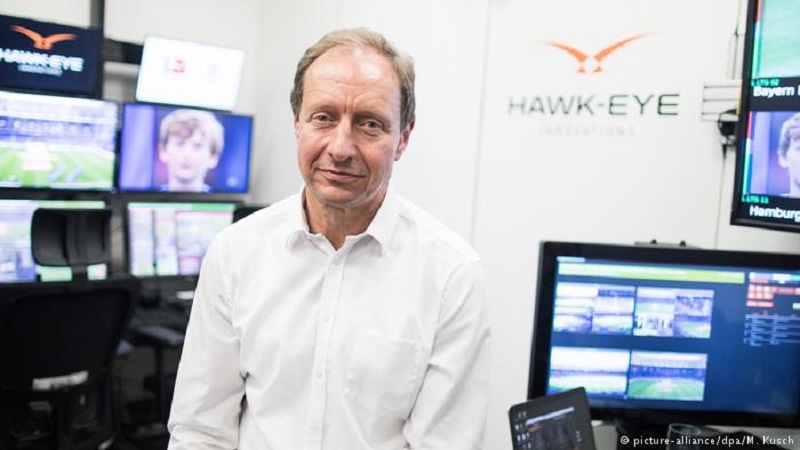 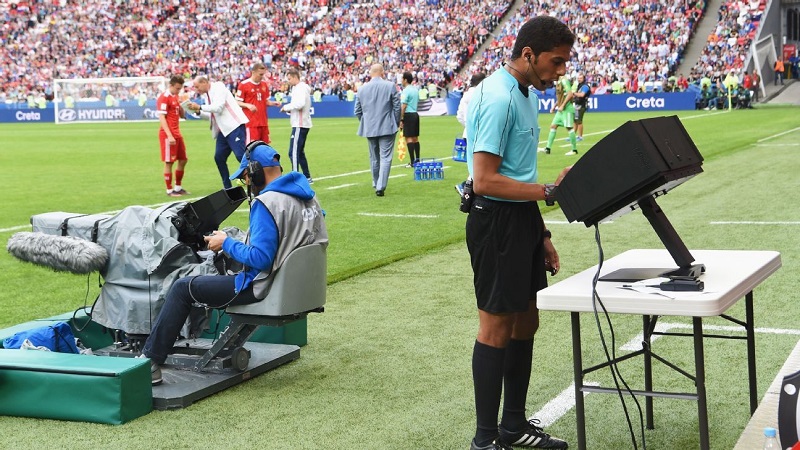 Bundesliga fans are demanding the end of video assistant referee (VAR) testing in Germany as the system’s German league chief was replaced on Monday amidst accusations of influencing matches.

The VAR is being trialled this season in Italy and Germany with football’s governing body FIFA yet to decide whether it will be used at June’s World Cup in Russia.

In Germany, the VAR experiment has sparked controversy and debate with ‘Cologne’ – the centre where all scenes are reviewed – widely blamed for unfavourable rulings and a byword for a place where bad decisions are made.

Judging by fans’ banners at top-flight grounds around Germany at the weekend, most supporters want VAR scrapped immediately.

On Monday, magazine Kicker ran the headline “Only Losers: Irritation, sanctions, wrong decisions” on it’s cover next to an image of a referee showing a red card.

The VAR system sparked serious accusations on Sunday which ultimately cost Hellmut Krug, the head of the VAR system in Cologne, his role.

Germany’s biggest-selling newspaper Bild claimed Krug twice influenced penalty decisions in favour of Schalke, who he supports, during their 1-1 league draw with Wolfsburg a week ago.

“I believe that we have the wrong people in Cologne,” fumed Augsburg’s sports director Stefan Reuter in reaction.

Krug vehemently denied the accusations, but the DFB moved swiftly on Monday to remove him as head of the project.

“For me, it is important that the referee keeps his responsible role on the field and players, as well as spectators, have confidence in him,” added Froehlich.

It has been a rocky few days for the DFB.

Last week, the German FA called for the VAR to intervene more during matches, even if the on-field referee did not commit an obvious error, which was met with protests from the clubs.

“The whole communication from the DFB is currently catastrophic,” fumed Moenchengladbach’s director of sport Max Eberl.

“If you have a test phase and you want to adapt the entire system, that’s justified, but then everyone should know it.

“We should only need the video assistant in a situation which is really crucial to the game.”

“I think you should not cut out the referee too much. Only in very serious situations should video evidence be consulted,” he said.

“You must not dilute the football.”

Gladbach’s coach Dieter Hecking does not expect the system to still be in use after December’s winter break.

“The VAR is good for football, but I dare to suggest that it will be canned in the winter break,” said Hecking.

“It’s in a test phase, but it seems we are doing everything to ensure it doesn’t have a chance.”

Fans complain that VAR interventions spoil the flow of the game.

It often takes minutes for decisions to be made, which leads to disgruntlement at Bundesliga grounds when the ref signals that the VAR is checking a situation.

The 3-3 draw between Wolfsburg and Hertha Berlin on Sunday is a good example as two first-half goals for hosts Wolfsburg were disallowed by the VAR, sat in Cologne, which incensed home fans.

“There was a lot of restlessness in the game because of the video referee,” said Hertha coach Pal Dardai.

Former Germany international Stefan Effenberg says the Bundesliga should copy the example of American Football, where decisions in the National Football League are clearly articulated to spectators by the referee.

“The NFL should be a role model. Next season, the referee should, regardless of the situation, speak briefly to the spectators,” said Effenberg.

“It would take maybe five seconds to calm around 70,000 people.

“There have been many good decisions. Mistakes only need to be considered in terms of how to do things differently in the future.”

As expected, the head of the DFB is one of the few remaining fans of the system.

“I still believe in the project, once everyone clearly defines their roles and then sticks to them, I’m pretty sure that this can be something very good for football,” said DFB president Reinhard Grindel. – Agence France-Presse