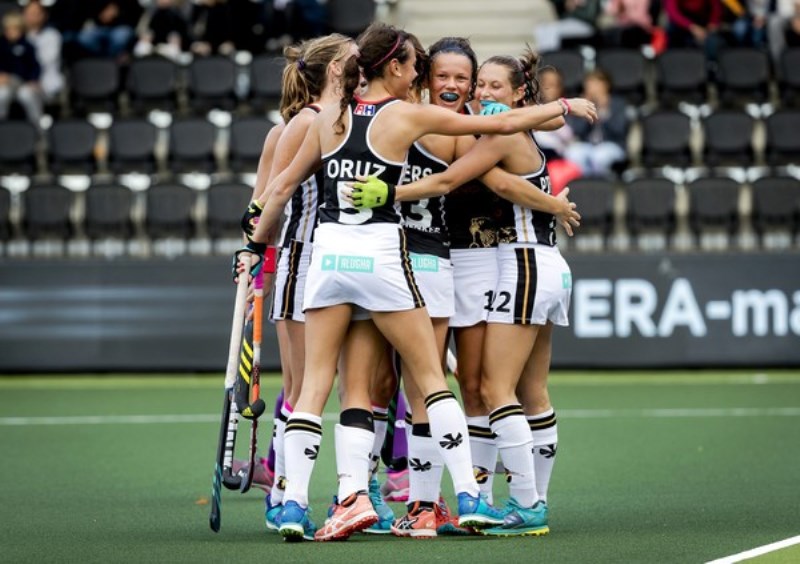 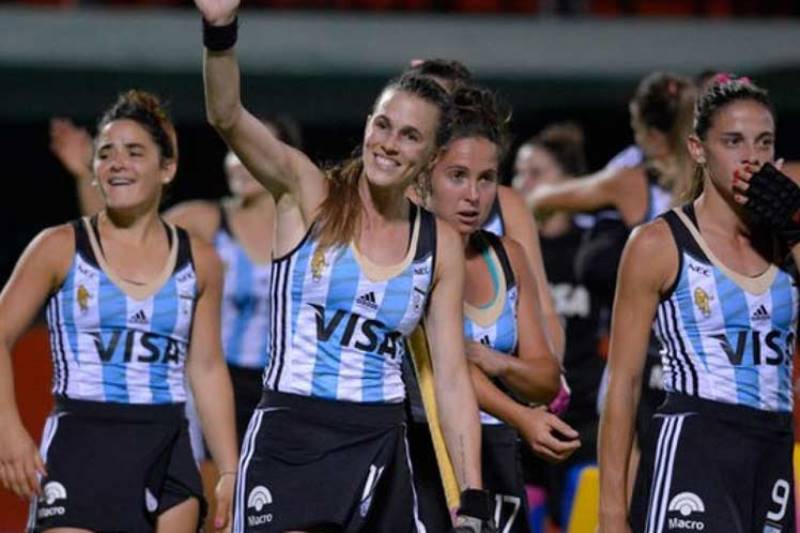 China and England suffer back to back defeats

Germany and Argentina made it two wins from two in Pool B on the third day of play at the Sentinel Homes Women’s Hockey World League Final 2017 being held at Harbour Hockey Stadium in Auckland, New Zealand.
In the opening game of the day, new China Head Coach Jamilon Muelders had his team fired up as they came up against his old team Germany.
However despite a strong start, Germany scored in the 10th minute when Marie Maevers received the ball and, under pressure, slotted home a well taken field goal.
In the 13th minute another German foray from the left allowed Cecile Peiper to make inroads into the circle and forced a penalty corner. From there Marie Maevers made it 2-0 when she expertly scored from the rebound.
The second quarter was all Germany with Chinese defenders Ou Zixia, Wu Qiong and Zhou Yu in particular absorbing many of the attacks, successfully defending two more penalty corners.
China sprinted out of the blocks in the second half, forcing three penalty corners early on, but they just couldn’t find the back of the net.
Song Xiaoming had an opportunity but couldn’t pull in a left cross in front of an open goal. Minutes later, Yong Jing couldn’t deliver from a perfect Song Xiaoming cross. The German defence remained staunch and resolute again and again throughout the Chinese attacks.
The final quarter was absorbing, with play alternating from end to end. China had two more penalty corners but couldn’t penetrate Germany’s goal.
With just over five minutes remaining, Lisa Altenburg slapped in a ball from outside the circle, which Teresa Martin Pelegrina deflected into the goal to secure Germany’s 3-0 victory.
Speaking afterwards, Germany’s Charlotte Stapenhorst said: “We had a good first half which set us up for the win. We’re also happy that we didn’t concede a goal – our goalkeeper was on point today! Now we feel ready for Argentina – we are in a really good position.”
In the later game, Argentina and England went head to head in what was a frantic match beneath the floodlights.
Argentina, with their typical flair, started the match fast. They had England back pedalling for the first quarter, with England’s world-class ‘keeper Maddie Hinch calling upon an array of skills to keep the scoresheet clean.
Augustina Habif, Delfina Merino and Maria Granatto combined throughout this match, their magical skills keeping the heat on England’s defence throughout.
With no goals going into the final quarter,  Argentina continued to press – their intensity and desire showed through a yellow card for Lucina von der Heyde and green card to Maria Granatto in the last 10 minutes.
After overcoming their temporary loss of personnel, Argentina captain Delfina Merino picked up the ball on the left in the circle, created some space for herself and reverse hit the winner to the left of England’s replacement goalkeeper Amy Tennant. With only three minutes left of the match, that proved to be the winner as Argentina went on to win 1-0.
Afterwards Merino said: “It was really hard for us to score one goal. We had a lot of the ball and a lot of opportunities. I put three shots high – we missed a number of corners – it was just not going in. We waited until the last few minutes to get our goal, but the good thing about this team is that we keep fighting to the end. We are a young team and we are trying to improve little by little. With each match we learn more about ourselves.”
Meanwhile, England’s goalkeeper Maddie Hinch said: “It was a really tight game but to lose a goal in the late stages is pretty hard to take.”
Tomorrow Netherlands play Korea at 18:00 before hosts New Zealand take on USA with both teams looking for their first win.
Follow all the action on the official website and FIH’s social channels, Facebook, Twitter, Instagram and Snapchat.
#HWL2017