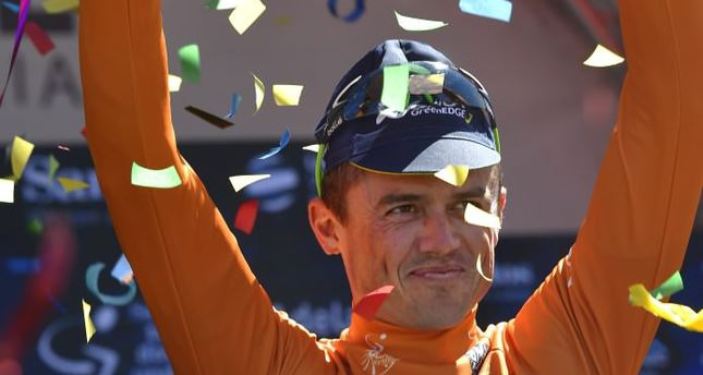 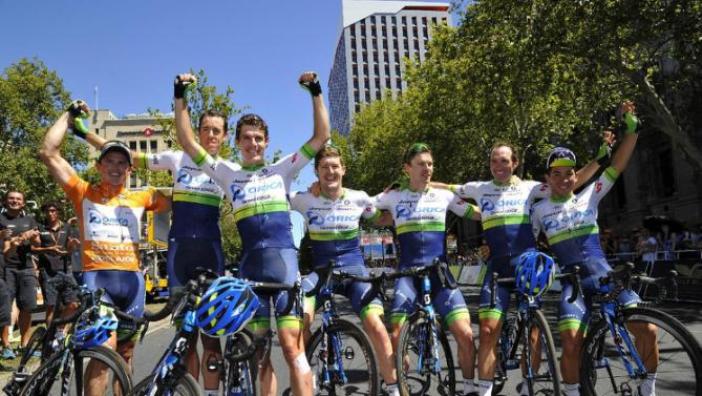 Australian Simon Gerrans claimed a record fourth Tour Down Under when he finished safely in the peloton after the 90-kilometre final stage on Sunday.

Gerrans’ Orica Greenedge teammate Caleb Ewan won the final stage in a sprint finish, adding to his victory in the opening stage on Tuesday.

The powerful Ewan surged for the line 80 metres out, winning by a bike length from Australia’s Mark Renshaw (Team Dimension Data) and Italian Giacomo Nizzolo (Trek-Segafredo).

However, the day’s racing belonged to Gerrans, whose nine-second overnight lead meant he only had to stay out of trouble Sunday to ensure a win in the general classification.

He staked his claim for this year’s race when he won the third stage to Campbelltown, then backed up with victory in a sprint finish in the fourth stage at the seaside town of Victor Harbor.

“We had a dream run this race,” Gerrans said.

“Caleb bookmarking the race with the first and last stage wins, obviously me overall and the sprint jersey — I don’t think we could ask for anything more than that.

“What a fantastic week it’s been for us.”

Sunday’s final stage, 20 laps of a circuit through Adelaide, took place in perfect conditions in front of close to 100,000 fans lining the streets of the South Australian capital.

Dutchman Maarten Tjallingii (Lotto NL-Jumbo) and Belgium rider Thomas De Gendt (Lotto-Soudal) broke clear on the fifth lap and stayed away until De Gendt dropped back on the lap 17.

Lieuwe Westra (Astana) crossed the gap and joined Tjallingii on the break, but the pair were caught at the start of the final lap, setting the race up for the sprinters.

Team Sky, Tinkoff and Team Dimension Data all tried to lead their sprinters to the front but Ewan bided his time and once he decided to make his move none of the others could go with him.

“Obviously it wasn’t just a good week for me, the team showed this week that they were by far the strongest,” Ewan said.

“It was always going to be hard to go into the race with two ambitions, to win stages and also the GC (general classification) with Simon.

“But we did it perfectly with four stage wins and overall.”

Gerrans also claimed the sprint title while Henao took out the King of the Mountain crown. – Agence France-Presse