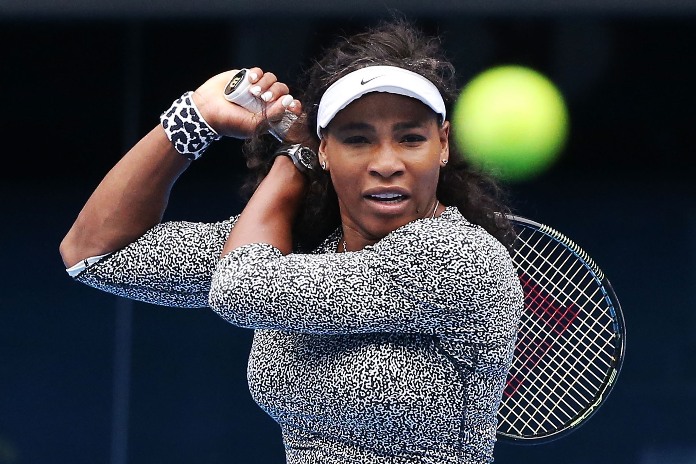 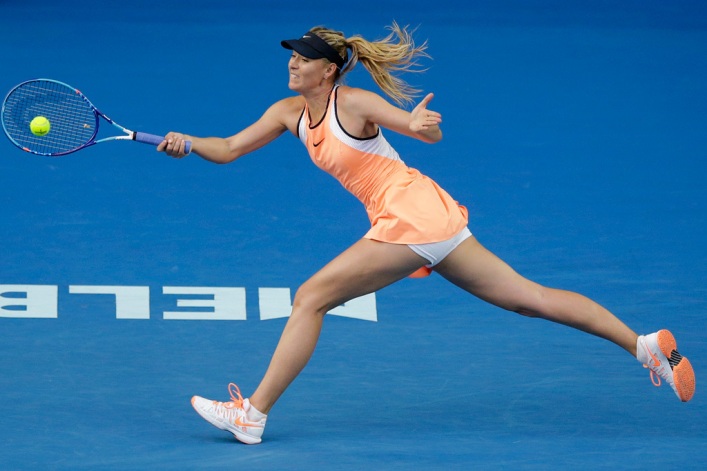 Serena Williams served up a glamour Australian Open quarter-final against arch-rival Maria Sharapova on Sunday as she looks to extend her iron grip over the Russian star.

The world number one and defending champion smacked down Margarita Gasparyan 6-2, 6-1 in just 55 minutes on Rod Laver Arena to ensure the mouth-watering showdown.

Sharapova holds the dismal record of never beating her nemesis in 17 contests dating back 12 years. The last time she managed a win was at the WTA Tour Championships in 2004.

She now has another chance to finally get the monkey off her back after coming through a 7-5, 7-5 thriller against fast-rising Swiss teen Belinda Bencic.

The Russian world number five, who lost to Williams in the Melbourne Park final last year, said she was always looking to improve and used the losses against the mighty American to examine what she could do better.

“Absolutely. It’s not like I think about what I can do worse!” she said.

“There is no reason I shouldn’t be looking to improve and to getting my game in a better position than any other previous round. It’s only going to be tougher, especially against Serena.”

A nonchalant Williams, who rarely looks beyond her next opponent in the draw, claimed she didn’t know Sharapova was now in the way of her bid to win a 22nd Grand Slam and equally Steffi Graf’s Open-era record.

“I’ll be ready, she had a really good match — I had no idea I was playing her (Sharapova) next,” she told the courtside interviewer after taming Gasparyan.

“That will be a good match, I have nothing to lose. We are both doing the best we can. It’ll be fun.”

Polish fourth seed Agnieszka Radwanska will face Spain’s 10th seed Carla Suarez in the other quarter-final on Tuesday after both players came through testing three-setters.

Radwanska was pushed to the limit by unseeded Anna-Lena Friedsam, winning 6-7 (6/8), 6-1, 7-5 with the German, who struggled with injury and cramp, leaving the court in tears.

“I had no choice, just to fight till the end for each point. That’s what I did,” said the composed Radwanska, who kept her cool as Friedsam wilted.

Suarez ended the dream run of local hope Daria Gavrilova 0-6, 6-3, 6-2 to make the last eight for the first time since her tournament debut in 2009.

Williams has been in ominous form this year at Melbourne Park and easily swatted aside Gasparyan.

It wasn’t vintage Serena but even operating at 50 percent she was too good for the world number 58 and a rout was always on the cards.

Williams won three majors — the Australian and French Opens and Wimbledon — in 2015 which took her to within one of Graf’s long-time record of 22.

Margaret Court, who was in the stadium to watch Williams play, holds the all-time Grand Slam record of 24.

Sharapova had a much harder task against Bencic, the WTA’s highest ranked teenager, who has gone from rising star to the real deal over the past year, having already claimed 10 top-10 wins in her career.

Coached by Melanie Molitor, mother of Martina Hingis, she won tournaments in Eastbourne and Toronto in a breakout 2015 and was a major hurdle for the Russian.

But Sharapova — the last teen to win a Grand Slam title, aged 19 at the 2006 US Open — has also been in good touch in Melbourne, where she won in 2008, and ultimately her experience proved decisive.

“These are the players that will ultimately take our spot,” she said of the talented Bencic. “But not just yet.” – Agence France-Presse