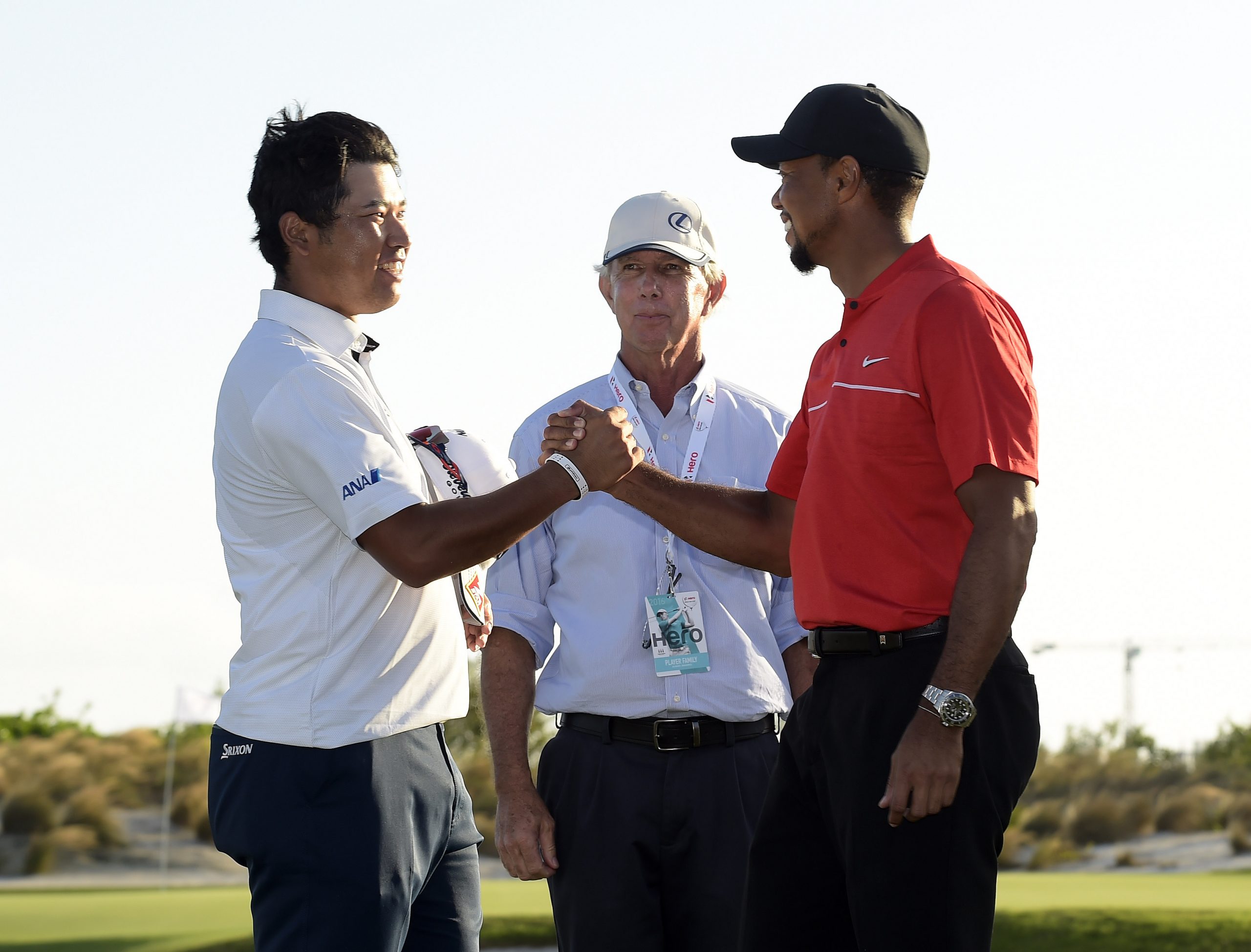 From Tiger Woods to Collin Morikawa and Abraham Ancer to Justin Thomas, many top names took time to express their best wishes to Matsuyama, who recently notched his eighth PGA TOUR title to match Korea’s K.J. Choi for most wins achieved by an Asian golfer.

Thomas, the 2017 FedExCup champion, said in a video available on the TOUR’s Japanese social media channel, LINE: “Hideki, happy birthday my man. Hope you have a great 30th. I’ve enjoyed all the times playing with and against you and look forward to many more down the road.”

Mexico’s Ancer, who featured in the International Team with Matsuyama at the 2019 Presidents Cup, hailed the Japanese star’s achievements. They played in the same group during the first two rounds of last year’s Masters Tournament which Matsuyama secured an historic triumph where he became only the second Asian male golfer to win a major.

“He turns 30? I thought he was way older than that. Damn, I’m older than Hideki,” joked Ancer, who is a year older.

“I played with him the first two rounds of the Masters when he won, so that was really cool. Man of few words, but whenever he says something, it’s actually really funny, and his caddie as well, Shota is an absolute legend. I enjoy playing golf with Hideki. He’s just a machine, nice guy. I got to know him a little bit more during the Presidents Cup.”

Stewart Cink, an eight-time PGA TOUR winner, paid tribute to Matsuyama for proudly carrying Japan’s flag in the game. “I’ve played with Hideki quite a few times and I really enjoy watching him, he’s fun to play with, he’s very very talented and impressive,” said the veteran star.

“Probably my favorite moment is that he probably put on the best ball-striking display I’ve ever seen when he won the tournament at Firestone (2017 WGC-FedEx St. Jude Invitational). He won by a lot and shot incredibly low and it was one of the best displays of golf I ever saw and that include some of Tiger’s marches to victory. Hideki’s always been just a world-class worker, great guy and carries a lot of weight on his shoulders being the main Japanese focus in the game of men’s golf.”

Max Homa also marveled at how Matsuyama has handled the weight of expectation from a golf-mad nation since breaking through on the PGA TOUR following his maiden victory at the 2014 Memorial Tournament presented by Workday, an event hosted by legend Jack Nicklaus.

“I don’t think people understand how much he goes through, media-wise, that I would argue only Tiger has ever dealt with. He has basically his own Golf Channel at home in Japan,” said Homa.

“Even going out to play the ZOZO CHAMPIONSHIP the year Tiger won (2019), he (Matsuyama) almost won, but being out there was interesting because Tiger was still the favourite, he’ll always be the favourite, but it was as close as I think it’ll ever be for the fanfare. I mean they were going nuts for Hideki too, so he’s got a lot of pressure on him and he handles it gracefully. He’s an all-star, he’s a tremendous golfer.”

World amateur No. 1 Keita Nakajima is amongst the thousands of young Japanese golfers who have been inspired by Matsuyama’s heroics on the PGA TOUR. “Happy 30th birthday, Hideki. I was able to watch you play live for the first time at the Sony Open, and I will continue to work hard so that I can hopefully someday play alongside you. I wish you all the best,” Nakajima said in the video.

While Matsuyama, currently the FedExCup. No. 1 and World No. 10, conducts his interviews in Japanese language, Woods said the Asian star has enough English in him to be able to enjoy their time together while competing on the golf course.

“I know he doesn’t speak a lot of English, he has a translator, but trust me he speaks enough and he’s a very funny guy and we’ve had a great time together over the years,” said Woods.