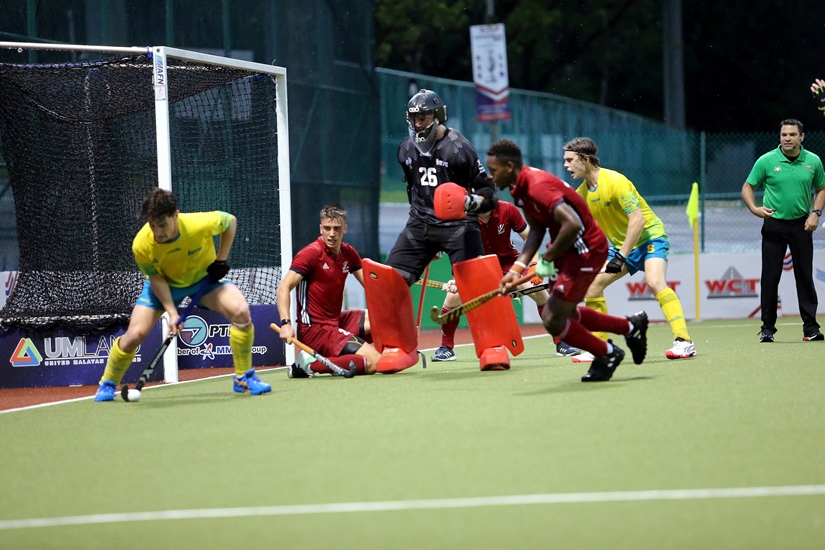 With nine points in the kitty, the Australians have virtually booked a place in the Oct 29 final. Their remaining matches are against India tomorrow and South Africa on Oct 28.

Australia ensured their third victory in the tournament, their first against Japan, whom they had beaten 3-2, and second against Malaysia 8-0 on Sunday.

Both teams have met on six occasions in the SOJC since 2014. Great Britain won four times while Australia defeated their rivals 2-0 in the 2017 final and played out a 2-2 draw in the league match in 2018.

“It’s maximum point for us but I am more concerned with our performance. It wasn’t a satisfactory performance. In some areas there were some good things and, in some areas, not good,” said Australian coach Jay Stacy.

“We got some videos to watch and improve and grow for the next matches. We re not looking at the points but rather our performance,” he added.

Great Britain coach Jon Bleby, said.” It is very frustrating to have so many opportunities and yet we did not score. There were more than 10 penalty corners.”

Striker Cooper Burns gave Burras the lead two minutes into the game through a field gold. The Burras earned their first penalty corner and Jack Holland relayed the ball to Burns who executed the ball past goalkeeper Yuvraj Bhuhi.

The momentum of the match, however, came to halt two minutes later when play was suspended due to heavy rain and lighting.

Upon resumption 30 minutes later both sides played hard hockey and Great Britain’s determination in search of the equaliser paid dividends when Ellis Robson restored parity in the 18 minute from a field goal, giving the three-time champions a big dose of hope.

In the 27th minute, Australia forged a move that increased the lead. The Burras were awarded a penalty stroke and Joshua Brooks executed the ball to the bottom left side of Yuvraj to give Australia a 2-1 halftime lead.

Great Britain came back fighting in the second half, growing in confidence but muffed several penalty corner opportunities. Both teams have been enjoying a fair share of ball possession.

But the Australians piled on the pressure on Great Britain in the fourth quarter and their efforts drew inspiration from Liam Hart’s field goal. Australia 3 Great Britain 1. It was Hart’s third goal in three matches.