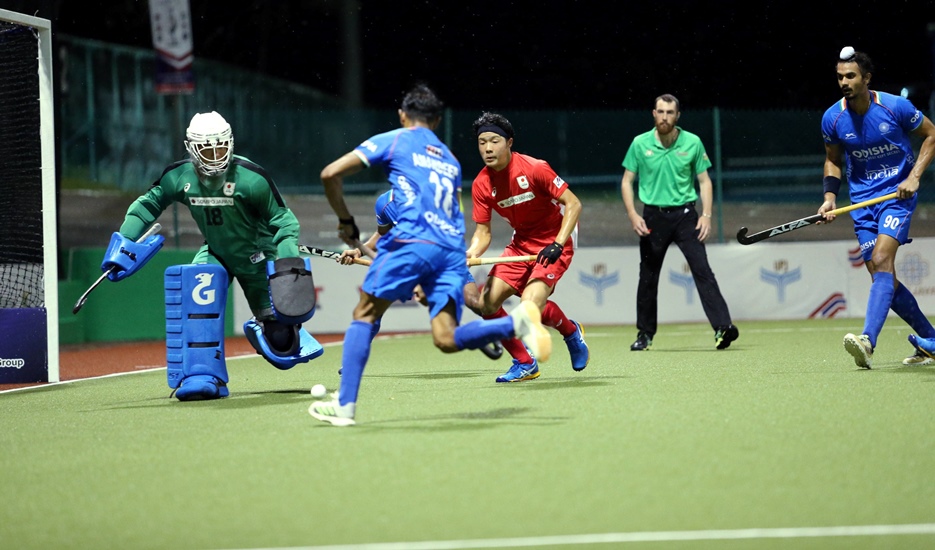 Former champions India secured a 5-1 win over Japan to keep their hopes of reaching the final of the Sultan of Johor Cup alive.

The Indians, who have six points from three matches, dominated play early in the first quarter.

Hardly have the Japanese settled down after the whistle was blown, India’s team captain Uttam Singh, one of seven players who saw action at the 2021 Junior World Cup, stroked home the first goal in the third minute via a field goal.

India’s coach C.R. Kumar said he was expecting a tough opposition by the Japanese but nevertheless was satisfied with the performance of his players.

“Japan had seven penalty corners and it was good for us. It gave us a lot of practice in this kind of real situation. We had our chances and converted,” he said.

Japanese coach Hiroki Watnabe, echoed: “India was fast and strong in counterattacks. We played well and got many penalty corners. We had our chances and did not take advantage.”

Rohit extended the lead in the 12th minute after India successfully earned their second penalty corner but the Japanese, who upset defending champions Great Britain 3-2, turned on the power with a penalty corner conversion to reduce the deficit 2-1 in the last seconds of the first quarter.

Though the Japanese rallied bravely in search of more goals, matching the Indians in speed and counterattacks, it was India’s clinical performance by their marauding strikers that won India two more goals. Johnson Purty knocked in the third goal in the 21st minute from a field goal attempt and Man of the Match – Dhami Boby Singh, sealed it 4-1 in the 31st minute in similar fashion.

But it was not all India’s domination in the last two quarters. Japan was top of India. They had a total of seven penalty corners against India’s two.

Their failure to convert all those opportunities saw Japan’s hopes of a come-from-behind win diminished.

As the clock ticked away, the high-riding Indians continued to inflict further blows on Japan with the fifth goal by Amandep Lakra in the 51st minute via penalty corner conversion.