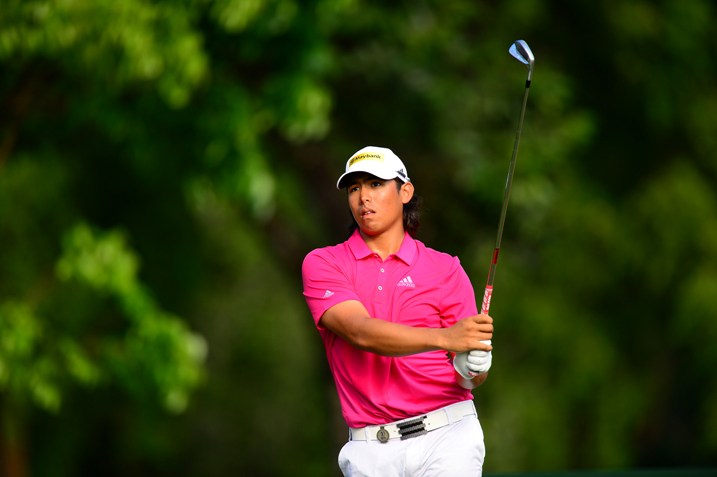 Gavin Green fired an opening four-under-par 68 to lead by one shot from defending champion Ben Leong at the SapuraKencana National Classic on Tuesday.

The talented Green, who represented Malaysia at the Olympics last month, posted five birdies against one bogey to take charge of the RM150,000 event which affords the winner with a coveted spot in the lucrative CIMB Classic next month.

Last year’s winner Leong returned with a 69 while Kemarol Bahrin and Khor Kheng Hwai were a further shot back in tied third place at the TPC Kuala Lumpur, West Course.

Starting from the 10th tee, the 22-year-old Green struggled in the windy conditions when he turned in even-par but bounced back with four birdies on his homeward nine to take charge of the three-day event.

“It was difficult on my first nine because it was really windy. I kept the ball in play and didn’t take any risk. I missed a lot of putts but overall this is a good start to the week,” said Green, who is aiming for a debut appearance at the CIMB Classic.

“Today’s round was entirely from last year where I shot an 80. Playing in the big events like the Olympics and some on the Asian Tour and Asian Development Tour (ADT) have really helped me gain more experience. I’m learning how to play under pressure and not trying too hard like what I did last time,” added Green.

After earning a dream debut at the CIMB Classic last year, Leong is eyeing for a second appearance in the event which is sanctioned by the PGA TOUR and Asian Tour at the TPC Kuala Lumpur from October 20 to 23.

“Honestly, it was patchy, I hit some good shots, some bad putts and vice versa. Overall it added up to a good score. That’s golf for you,” said Leong.

“You can’t expect too much on this course. It is a tough course so I’ll accept this score. It is a good start to the week. There are two more days to go so the plan is to stay in the present and take it one shot at a time,” said Leong, a one-time Asian Tour winner.

The 31-year-old Kemarol got off to a strong start in his quest to qualify for the CIMB Classic when he carded five birdies against three bogeys.

“I missed a few short putts but it is still a good round. This is a tricky course and there are bogeys to be made so you need to take your medicine and stay patient. Honestly, I’ve been struggling this year after going through Lasik surgery in March. I just need to play through the discomfort (dry eyes) and hopefully continue to put in more red numbers,” said Kemarol.

As the FedExCup Playoffs wrap up this weekend at the TOUR Championship, three of the top five players in the standings heading into the final event have committed to play at this year’s CIMB Classic; Patrick Reed (2nd), Adam Scott (3rd) and Paul Casey (5th). All three are guaranteed the FedExCup this week if they can secure victory at East Lake Golf Club in Atlanta, Georgia.

The CIMB Classic 2016, now in its seventh year, will feature a 78-player elite field, comprising 60 from the PGA TOUR, 10 from the Asian Tour and eight sponsor’s exemptions. The PGA TOUR player commitment deadline for the tournament is 21 September 2016.

The CIMB Classic, which is also co-sanctioned by the Asian Tour and Professional Golf Association of Malaysia is part of the PGA TOUR’s season-long FedExCup competition. Malaysia will have two representatives – the winner of the SapuraKencana National Classic and the highest ranked Malaysian golfer in the OWGR as at 11 October 2016.