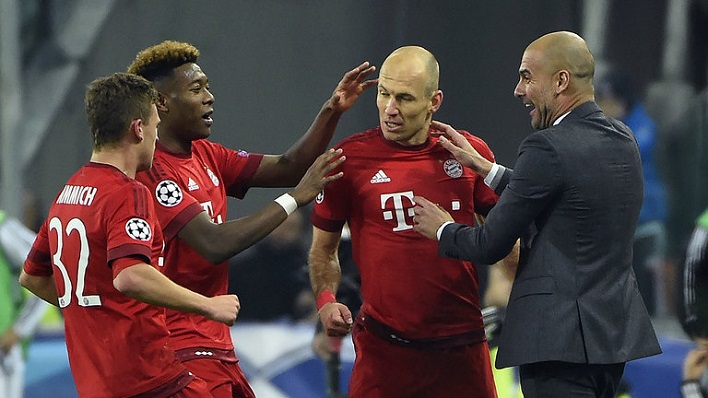 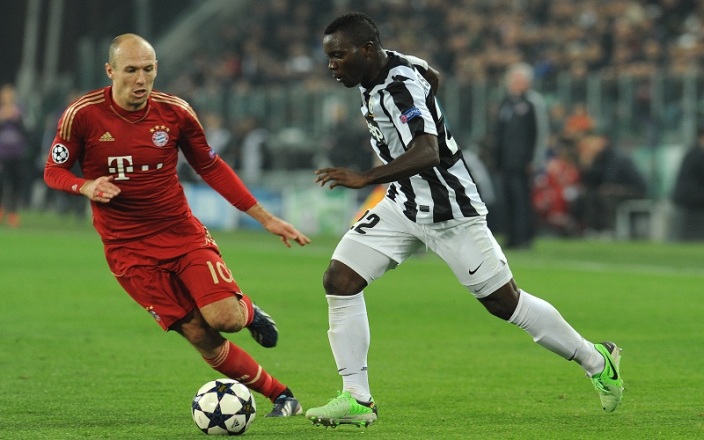 Guardiola has won five titles so far in three seasons with Bayern and is on course for the treble of Champions League, Bundesliga and German Cup title.

But he is under pressure to win the one title which has so far eluded him in Munich — the Champions League.

After it was announced in February that Guardiola will coach Manchester City next season, there is extra pressure on the Spaniard to cap his three seasons with the European crown.

In each of his two previous Champions League campaigns with Munich, Bayern exited at the semi-final stage, coming up short against Real Madrid, then Barcelona respectively.

Bayern threw away a two-goal lead three weeks ago against Juventus when the last 16, first leg, finished 2-2 in Turin.

Guardiola admits he has given some thought as to whether Wednesday’s return at the Allianz Arena could be his last Champions League game with Munich.

“Maybe it will be,” he said before correcting himself.

“Normally, I’m a positive thinker. Never in my life have I thought: ‘this is the last game — why (would I)?”

Bayern warmed up for the visit of the Italian champions with a 5-0 trouncing of Werder Bremen on Saturday with Thomas Mueller and Thiago Alcantara both netting twice.

Guardiola expects to be hit on the break by Juventus and he took pleasure from watching his side snuff out each of Bremen’s counter-attacks.

“It’s the hardest thing in football to attack ten players and then prevent any counters,” said the Spaniard.

“We have to implement our game very well, play very intelligently and have our heads in the right place for 90 minutes,” he added with an eye on Juventus.

Guardiola has kept plenty in reserve for Wednesday.

Netherlands winger Arjen Robben was left out of the matchday squad against Bremen.

Lewandowski, who has scored a total of 34 goals this season, played only the last 16 minutes and Brazil winger Douglas Costa was kept on the bench.

Bayern have taken the draw in Turin as a clear warning.

They were cruising into the quarter-finals when Mueller and Robben struck either side of half-time.

Juventus roared back with two goals in the last half hour from Paulo Dybala and Stefano Sturaro to extend their unbeaten home record in Europe to 17 matches.

Bayern captain Philipp Lahm says the hosts can ill afford to allow the likes of Mario Mandzukic or Dybala much space.

“We’ve been warned. Juventus will capitalise on our mistakes and we can’t afford to have any weaknesses in our game,” said Lahm.

Bayern can certainly take plenty of heart from their impressive display against Bremen as Guardiola set a new club record.

The victory was his 75th win of his 94 league games in charge for an 80 percent win-ratio.

They dominated Bremen, enjoying 83 percent possession which they converted into twenty shots on goal with just two in reply.

“Crazy, crazy” was Guardiola verdict on the form of France winger Kingsley Coman whose lightning feet and pin-point accurate crosses set up three of the goals.

Germany’s World Cup winner Mario Goetze returned after five months out after a groin injury and could face Juve, despite picking up an elbow injury. – Agence France-Presse