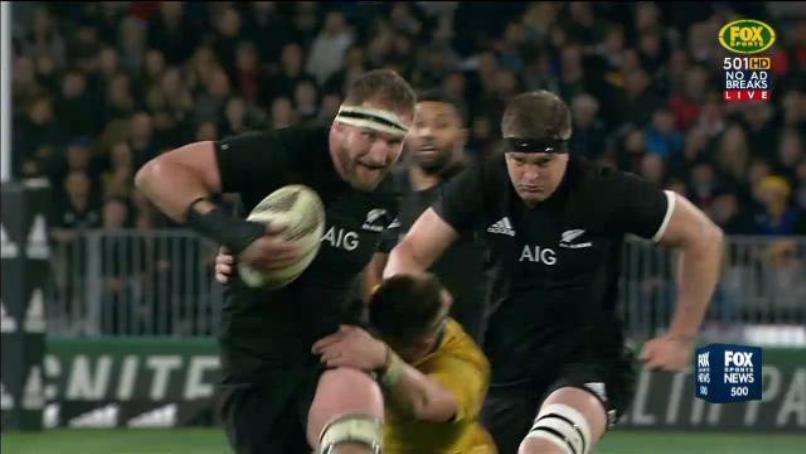 Coach Steve Hansen has raised the bar for New Zealand as they seek victory over Argentina in Buenos Aires Saturday and a record-extending fifth Rugby Championship title.

The 58-year-old former policeman, who guided the All Blacks to victory at the 2015 Rugby World Cup in England, wants more of superlative rugby that bamboozled South Africa this month.

New Zealand scored eight tries in a 57-0 Auckland romp — the heaviest defeat suffered by the Springboks in their 126-year history.

Now Hansen is challenging a team lacking five resting first choices to match or even better the finest display by the world champions this season.

“I am challenging the team to produce similar performances in the upcoming Tests, starting with the Pumas,” he told reporters.

“It is going to be a tough ask because they were pretty good against the Springboks.”

But overcoming Argentina at the 50,000-seat Estadio Jose Amalfitani should not be unduly difficult judged by recent form.

New Zealand sit pretty at the top of the Championship standings on 19 points after four victories, three of them with the addition of a bonus point.

Among those successes was a 39-22 win in New Plymouth over Argentina, who faded in the final quarter as they are prone to do so often.

The dynamic ball-in-hand approach of the All Blacks has delivered 27 Championship tries, with winger Rieko Ioane claiming four, while the 185-point tally includes just two penalties.

Victory for New Zealand will take them to at least 23 points and beyond the reach of second-place South Africa, who host Australia in Bloemfontein earlier Saturday.

Argentina have not secured even one point from four losses, and managed only a paltry seven tries, including two from winger Matias Moroni and scrum-half Martin Landajo.

Moroni starts against New Zealand, but Tomas Cubelli wears the number nine shirt with Landajo on the bench.

Pumas coach Daniel Hourcade knows what lies ahead for a Pumas team skippered by Agustin Creevy, one of the best hookers in world rugby.

“Playing against the All Blacks represents a special challenge because it means facing the best team in the world,” he said.

“We have to be attentive to everything because they take advantage of the slightest carelessness and score points against you.

“If you miss tackles, no system works. It is that cruel and that simple. It you miss your tackles against the All Blacks, you are doomed.”

This decision necessitated changes and Hansen has made six to the side that started against South Africa.

Luke Romano and Scott Barrett are the new lock partnership and Vaea Fifita and Matt Todd join skipper and number eight Kieran Read in the back row.

Argentina have changed four of the team that faded after half-time in a 45-20 defeat by Australia in Canberra two weeks ago.

Moyano fractured his right hand against the Wallabies, sidelining him for six weeks. – Agence France-Presse