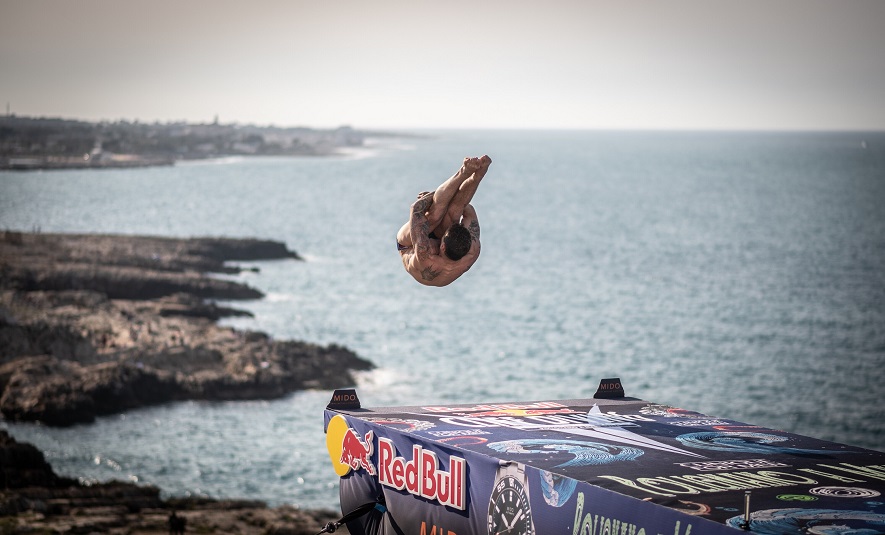 Will the current leaders and reigning Red Bull Cliff Diving World Series champions
Iffland and Hunt preserve their top positions or can the strong wildcards shake up the
final rankings?

Just days after the record-breaking competition on the rugged Irish coast, the cliff
diving elite will determine its 2021 champions during back-to-back stops in Italy.

With only four days between the two competitions the athletes’ stamina and strength will be put to its ultimate test in a unique final showdown. While the reigning record
champions Rhiannan Iffland from Australia and France’s Gary Hunt are targeting the
extension of their winning streaks on the Adriatic Sea, it is a parade of wildcards that
bears all the chances to collect their podium claims in the Red Bull Cliff Diving World
Series.

With two perfect dives and a record number of 10s from the judges added to the history
books of the World Series, the cliff diving athletes are in prime form going into the
‘Grandissimo Finale’ in the sport’s European home in Polignano a Mare, Italy.

Rhiannan ‘invincible’ Iffland maintains in winning form with 11 consecutive victories and
comes to Italy as the first female cliff diver to achieve a perfect dive with all 10s from the jury.

The Australian holds all trumps to extend her reign for another year to make it five overall
titles in a row. It is an array of wildcards and potent talent that could interfere Iffland’s
intentions.

Canada’s Jessica Macaulay, 2019 overall runner-up, has podiumed in all competitions this year and sits in second place overall. The wildcards Molly Carlson, also from Canada, and Australia’s Xantheia Pennisi, both with a 2021 debut podium, seem accomplished enough to achieve their first World Series wins.

Everything is still wide open in the men’s where Gary Hunt can become Italy’s Mr. three-peat – two wins this season in Mostar and Downpatrick Head as well as two previous victories off the private rootop tearrace in Polignano a Mare.

However, strong competition comes from the Romanian duo Catalin Preda, the wildcard winner from France, and Constantin Popovici, runner-up in the past two stops.

The top trio in the current overall standings is alarmed by an Italian hero – Alessandro De
Rose. The 29-year-old athlete became the first ever male wildcard to win in a fairy-tale setting at home in 2017.

Boosted with confidence from his first podium in four seasons in Ireland last week, De Rose is a contender for victory on home soil as well as qualification for 2022.

September 22 and 26 are the decisive dates at the end of a year that has brought back the
World Series to its spectacular 27m stage. The highly contested King Kahekili Trophy is up for grabs in Italy and will be awarded to only the best man and woman after five events counting towards the World Series ranking in a place where houses are built on rocks high above the sea.

It’s go time for the cliff diving elite and Puglia as well as Polignano a Mare are all set for a
one-of-a-kind 2021 showdown!

Five wildcards will be competing in these stops, as the winner in the men’s from France, Catalin Preda, and the second-placed in the women’s from France, Molly Carlson, received an additional wildcard due to their exceptional results.

*The Oslo Exhibiton did not count towards the Red Bull Cliff Diving World Series standings.