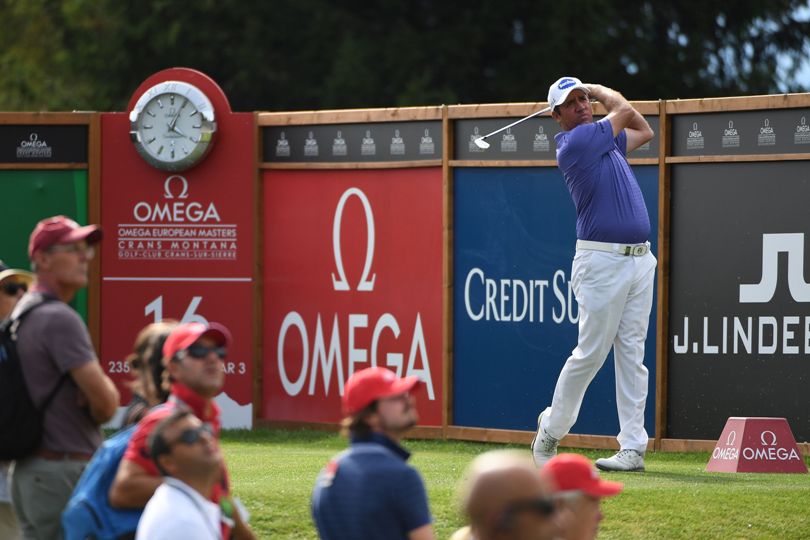 Scott Hend of Australia fired an impressive five-under-par 65 to lead the Omega European Masters by one shot after the third round on Saturday.

The in-form Hend, who has already won two titles in Thailand this season, posted six birdies and dropped only one shot on the final hole to take charge on 13-under-par 197 at the €2.7 million (approximately US$3 million) event sanctioned by the Asian Tour and European Tour.

Alex Noren of Sweden, winner of the 2009 Omega European Masters, produced a 66 to sit in second place while Richard Bland of England was a further two shots back on a 200 total at the Crans-sur-Sierre Golf Club.

China’s Li Hao-tong birdied the 18th hole for a 68 to share 11th position and will enter the final round six shots back of the leader.

Hend, a nine-time Asian Tour champion and two-time European Tour winner, continued his rich vein of form at Crans-Montana after enjoying a sensational season so far where he won twice and enjoyed three other top-10s.

“I should have won more. I had chances to win more but I’ve only won twice. I’m hungry to win more than twice or three times or more than four. I want to win as many times as I can,” said Hend, who also represented Australia in the Olympics.

The big-hitting Australian produced a sensational round of golf after turning in 31 and adding two further birdies on the back nine. He led by three strokes mid-way through the round before Noren narrowed the gap with birdies on holes 14, 15 and 17.

“I played really nice golf. I left a few shots out there but made a couple of par saves which made up for it. It was unfortunate on 18 when my ball managed to run between the bunkers down the cart path. It is a tough driving hole and I didn’t get it into the spot I wanted to.

“Leading by one shot is better than none. I just want to play solid golf again and hopefully hole some more putts and see where we end up. Hopefully Alex and I can forge ahead and create a gap between us and the field and battle it out on the back nine,” said Hend.

With one win, one runner-up result and three other top-10s this season, Noren, a five-time European Tour winner, launched his title charge by firing five birdies against one bogey.

He admits that he was fortunate to return with a 66 after his second shot on the last narrowly missed the water hazard.

“I had some very good fortune on 18. I didn’t hit the very best of tee shots and I was down the right. I tried to hit way past the pin but my caddie thought I needed one more club and I thought it was enough with what I hit. It just bounced over the ditch,” said Noren.

“It was a good day, a little bit tougher playing in the afternoon here. It’s a little bit drier and bouncy and Hend was playing really well from the start, making birdies, and he was four under through nine. I was just trying to hang in there and finish up with some good birdies,” added the Swede.

China’s Li double bogeyed hole two but fought back with four birdies in his next five holes. He bogeyed 12 but made up for that mistake with a cool 21-feet birdie on the last to give himself a battling chance in the last round.

“That birdie on the last makes me feel way, way better. My ball striking was good but I just haven’t been putting as well as I would have liked to. I had a decent finish but I’m a bit disappointed I couldn’t make anything on the back nine,” said the 21-year-old Li.