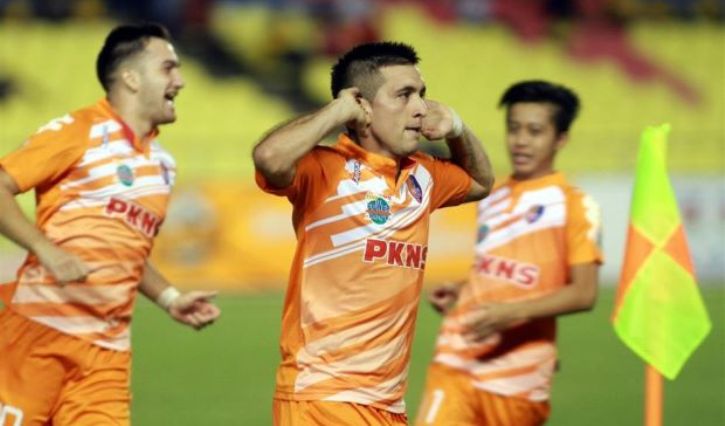 Selangor club side PKNS FC play lowly Armed Forces in a 100PLUS Premier League match in Temerloh on Sept 9 – an afternoon match which they must win to stay in contention for a second place which comes with a promotion to the Super League next season.

It is an afternoon match and PKNS head coach E. Elavarasan has switched his team’s training sessions to late afternoon. However, the rains have thrown a spanner in his training plans – forcing him to conduct the team’s training indoors.

Armed Forces may be languishing in the relegation zone in the 12-team league but Elavarasan is not buying anything and wants his team not to waste the opportunity for promotion to the elite Super League.

Malacca United are one win away from winning the 100PLUS Premier League title and this could be achieved on the same day PKNS play Armed Forces if they beat second placed JDT II at the Hang Jebat Stadium in Malacca in a night match.

A win for Malacca United will be a huge favour for PKNS. Malacca United lead the table with 48 points after 19 matches with a JDT II in second spot with 40 points – one more than third-placed PKNS who are on 39.

PKNS are also battling for a semi-final berth in the Malaysia Cup competition. Although PKNS lost 3-4 to “Big Brother” Selangor in the first-leg quarter-final at the Shah Alam Stadium on Aug 28, it was an encouraging performance from Elavarasan’s team.

More importantly PKNS hot-shot Gabriel Guerra scored his first Malaysia Cup goal for the team – a goal that could “spur him for more goals” after a dry spell. The Argentine is the team’s leading scoring in the league with 14 goals while compatriot Juan Manuel Cobelli has 13.

“We have taken all the obstacles in training for the match in Temerloh in our stride. With Guerra getting his first Malaysia Cup goal I hope it is the start of better things to come from him…hopefully it will start with the match against Armed Forces,” said Elavarasan after putting his players through their paces in the gym.

The Malaysia Cup defeat to Selangor showed that PKNS do not fear playing the big names in the M-League.

“We displayed some fantastic fighting spirit and scored three against Selangor but due to poor defending we conceded four. This is one drawback. And I have drilled this into the team.”

The return-leg Malaysia Cup quarter-final will be played on Sept 17 at the Shah Alam – which is the home venue for both Selangor and PKNS.

But for now the focus is the league match against Armed Forces in Temerloh.