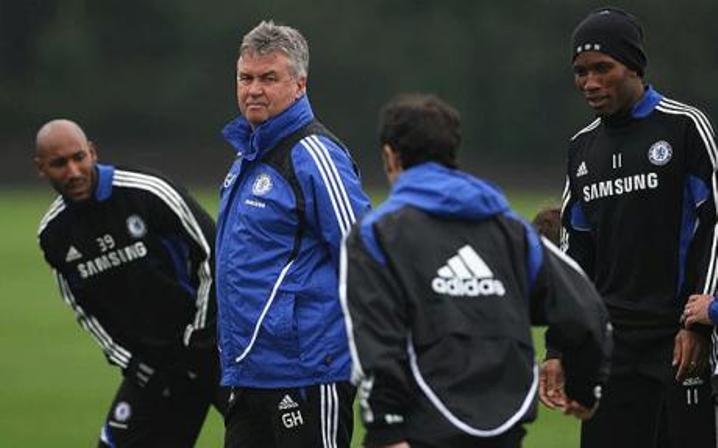 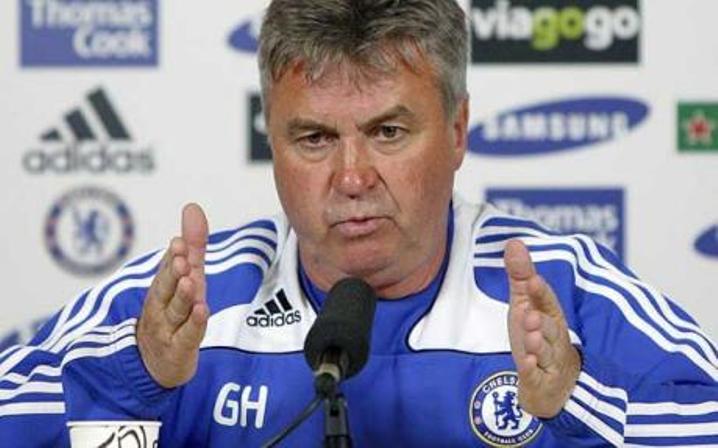 Guus Hiddink has challenged his Chelsea flops to rediscover the winning formula as they start the new year with a tricky trip to Crystal Palace on Sunday.

Hiddink’s side have drawn against Watford and Manchester United since the Dutchman returned for his second spell as Chelsea interim manager following Jose Mourinho’s sacking.

That those two workmanlike performances were regarded as cause for encouragement shows just how far the champions had fallen during the miserable final days of Mourinho’s troubled reign.

In a reversal of fortune that would have seemed remarkable at the end of last season when Chelsea were hoisting the Premier League trophy after beating Palace, Alan Pardew’s fifth placed Eagles are now 11 points above the 14th-placed Blues.

Chelsea are only three points above the relegation zone and their struggles have been so prolonged that the club’s hierarchy are reportedly concerned about the lack of wage-reducing relegation clauses in their highly-paid players’ contracts.

Hiddink knows Chelsea need to improve quickly to avoid a nerve-wracking fight against relegation, while a winning run to start 2016 would also lay a strong foundation for salvaging the season with success in the Champions League and FA Cup.

“We have started gathering some points. It (the draw with United) was the third consecutive game we didn’t lose but that’s not enough,” Hiddink said.

“You see how it is, all the big teams are losing points as well.

We must come now in to a winning period of games, that’s important.”

In contrast to Chelsea’s woes, Palace, so long one of London’s lesser lights, now harbour genuine hopes of securing one of the few European berths in their history.

Pardew’s men are unbeaten in their last six matches and are unlikely to have any inferiority complex against Chelsea, having defeated them twice in their last four meetings, including a 2-1 success at Stamford Bridge earlier this season.

Hiddink has been back in English football for a few weeks, but the 69-year-old is already well aware of the threat posed by tenacious Palace.

“Crystal Palace are doing well. Alan Pardew has done a marvellous job in the period he has been working there,” Hiddink said.

“If you look at the statistics you have a team that has scored 23 goals in 19 games and just conceded 16 which means he is well organised with his team.

“Nowadays it’s very difficult and if you see where our next opponent is in the table they are close to the Champions League positions.

“So it’s not that easy now to have a long-term winning sequence.”

Chelsea striker Diego Costa is back from suspension and England defender Gary Cahill should be available after an ankle problem.

Significantly, Palace will be without suspended France midfielder Yohan Cabaye, while striker Connor Wickham and winger Yannick Bolasie are sidelined with calf and thigh injuries respectively.

Palace will also be missing Patrick Bamford, the young Chelsea forward who earlier this week called a halt to what he described a “terrible” loan spell with Pardew’s team.

Bamford, who hopes to find a new loan deal elsewhere, made only nine appearances for Palace and his petulant actions, for which he has since apologised, drew a rebuke from Pardew.

“He needs to harden as a professional. This experience will harden him,” Pardew said.

“He was a little bit emotional and maybe he said some things that he regrets.