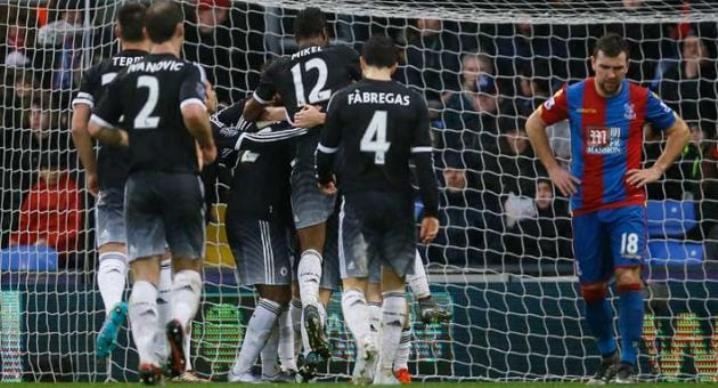 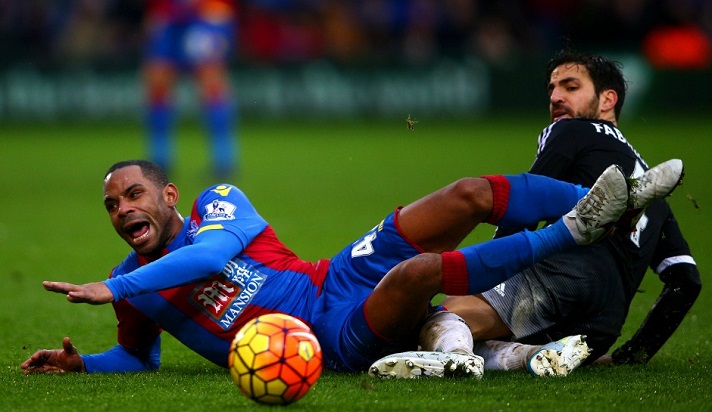 Guus Hiddink believes Chelsea’s 3-0 victory at Crystal Palace proves his players have started to heed his demands to put in the hard work needed to restore their tarnished reputation.

After a pair of draws in his opening two matches since taking over as Chelsea interim manager, Hiddink at last secured his first win thanks to goals from Oscar, Willian and Diego Costa at rain-lashed Selhurst Park on Sunday.

The confident and composed way Chelsea subdued a tricky opponent in difficult conditions was a rare highlight in a torrid season for the troubled Premier League champions, who moved six points clear of the relegation zone after their biggest league win of the campaign.

Hiddink faced a difficult task when he arrived at Stamford Bridge last month as a short-term replacement for the sacked Jose Mourinho.

Confidence was low among a squad who had grown so unhappy with Mourinho that they were no longer putting in the effort required to maintain their position as one of the league’s superpowers.

But the upbeat Hiddink has quickly won over his players, his presence helping revive their appetite for the game and convince them to raise their work rate.

The result was clear to see as Chelsea brushed aside a Palace team that defeated them earlier this season to extend their unbeaten run to four matches since Mourinho departed.

“We’ve started working and if the team is not doing well through a long period then you have to look for security, and that’s why we emphasised on good, hard work, tactically and a defensive way,” Hiddink said.

“We don’t need to add a lot of quality of players: they are blessed by nature with big quality.

“But they have to know when things aren’t going as wished that we have to look for causes, and that’s why we started working.

“The very talented players, they start working also, to invest in the dirty work and not just the beautiful game they can play, because this league is very demanding.

“And if you think you can do it just on your quality, what’s more given by talent than nature, then this league will kill you.”

While Willian’s stunning 20-yard strike was the pick of Chelsea’s goals and effectively killed off Palace, it was the less visible but no less significant contribution of Nigerian midfielder John Obi Mikel that caught Hiddink’s eye.

Shielding his defence with a commanding display in the holding midfield role, Mikel gave Chelsea the physical presence they have lacked for much of the season as Nemanja Matic struggled.

Mourinho had lost faith with Mikel, using him just a handful of times this term, but Hiddink has bigger plans for him.

“He’s the ideal player in my option to bring balance to the team,” Hiddink said.

“If the team is not willing to defend well, or hasn’t got the right balance, then you’ll concede a lot of goals.

“I think John Obi can be one of the key figures in bringing back that balance.

“On this podium very talented players can explore their qualities.

“He can recover his radar, he reads the game very well, he knows where the strength of the opponent is and knows how to combat that.

“He has very good sense, he doesn’t do it in a brutal way, he’s very elegant.

“Someone who can defend so smoothly is very beautiful.”

Hiddink was also encouraged that the temperamental Costa kept his cool despite being on the receiving end of some bruising challenges.

Palace boss Alan Pardew had no complaints about his side’s first defeat in seven matches.

“Chelsea weathered a bit of a storm and they deserved to win,” he said.

“When they got the goal you could see their spirit lift and ours diminish.

“There you see the story of the game. We went away from our game plan and started forcing things.” – Agence France-Presse