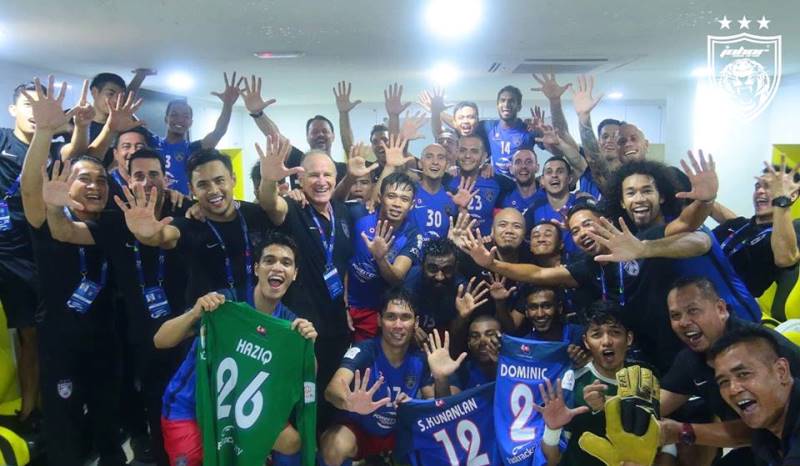 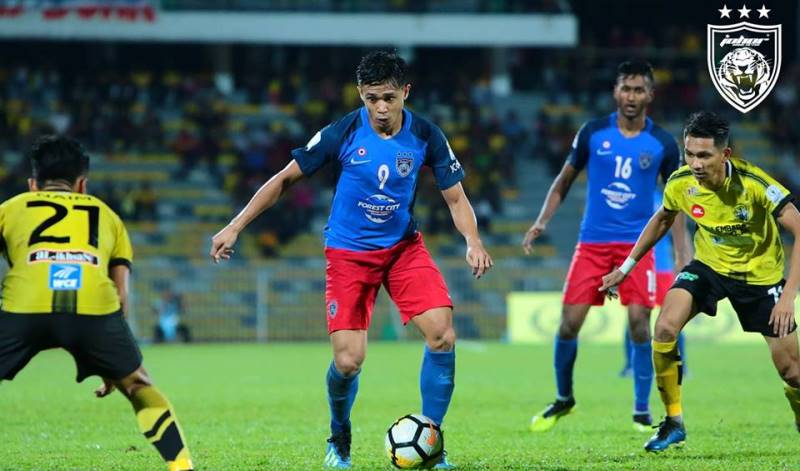 Johor Darul Takzim roared to their fifth Malaysian Super League title with a come-from-behind 2-1 win over Perak at the Perak Stadium in Ipoh on Tuesday.

The Southern Tigers thus set a new Malaysian football record as no team has won the Super League title five times in a row after winning the first in 2014.

With the win, JDT will once again carry Malaysia’s challenge to play in the AFC Champions League next year when the team plays in the qualifying rounds. JDT is likely to be joined by Pahang, the newly crowned FA Cup champions if the two-year (2019 and 2020) ban on the Elephants from applying for an AFC license, is lifted by the FA of Malaysia (FAM).

For now, JDT remains as the undisputed Malaysian Super League kingpins – clinching their fifth with 47 points after 18 matches. Perak is in second place with 31 points from the same number of matches followed by Terengganu and Kedah, both on 30 points each, separated by goal difference.

Perak grabbed the lead on 72 minutes through a goal by Norhakim Hassan but it only made JDT tighten things up to get back into the picture.

Safawi himself turned hero with a header in the 83rd minute and this turned out to be the winner on a night Kedah were humiliated 4-1 by Melaka United at the Hang Jebat Stadium.

At the Sultan Ismail Nasiruddin Shah Stadium in Kuala Terengganu, visitors Kuala Lumpur were also at the receiving end at the hands of Terengganu. The Turtles beat the City Boys 3-1 to avenge their 3-0 defeat to Kuala Lumpur in Cheras in the first round. – BY RIZAL ABDULLAH