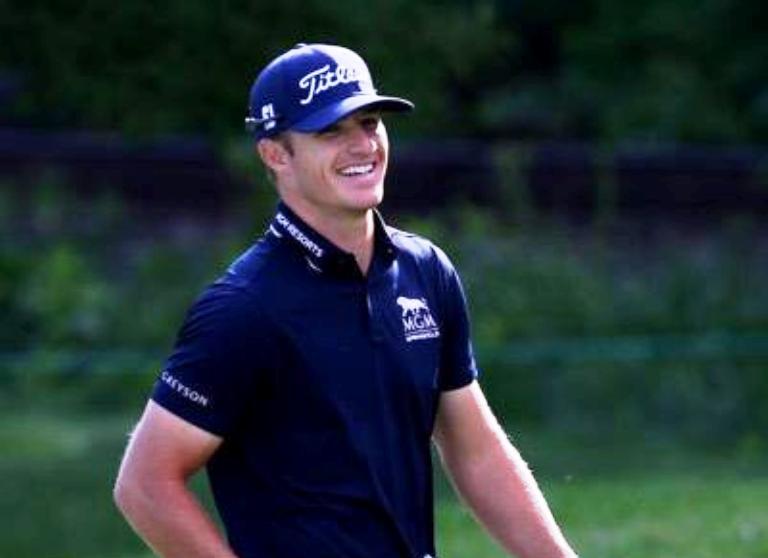 The PGA TOUR announced today that TOUR member Morgan Hoffmann, who was diagnosed in 2016 at the age of 27 with Facioscapulohumeral Muscular Dystrophy (FSHD), has been named the recipient of the PGA TOUR Courage Award.

The PGA TOUR Courage Award is presented to a player who, through courage and perseverance, has overcome extraordinary adversity, such as personal tragedy or debilitating injury or illness, to make a significant and meaningful contribution to the game of golf.

Soon after going public with his condition, Hoffmann and his fiancée Chelsea (now wife) launched the Morgan Hoffmann Foundation in 2017. Since then, Hoffmann, now 30, has made it his goal to find a cure and become a role model for those affected by muscular dystrophy and similar neuromuscular diseases.

To fulfil its mission, the Morgan Hoffmann Foundation plans to build a health and wellness center to help others gain the strength to pursue their dreams.

“It was a devastating blow to all of us in the golf world to learn of Morgan’s diagnosis,” said PGA TOUR Commissioner Jay Monahan.

“It is also a true testament to Morgan’s character, that in the wake of receiving the life-changing news in the prime of his career, he established the Morgan Hoffmann Foundation to help others afflicted with MD. Morgan’s words are simply amazing and inspiring: ‘I don’t play golf for myself anymore, I play for everyone who has muscular dystrophy in any shape and form.’  The PGA TOUR family continues to cheer for Morgan – louder than ever.”

After an All-America collegiate career at Oklahoma State, Hoffmann joined the PGA TOUR in 2013 and qualified for the TOUR Championship in his second season on TOUR in 2013-14.

For the next several seasons, Hoffmann competed while quietly battling the uncertainty of his health. Despite living an active lifestyle, he left over 25 doctors across the country dumbfounded and without any answers or insight into his condition.

After visiting a neurologist in New York City, he was diagnosed with Facioscapulohumeral Muscular Dystrophy (FSHD) in late 2016.

“To be recognized alongside the past recipients of the PGA TOUR Courage Award is very humbling,” said Hoffmann. “Playing on the PGA TOUR with muscular dystrophy, I hope to inspire people to follow their dreams, no matter what ailments they have, whether it be a disease or a mental disability. I’ll accept this award with gratitude, and the PGA TOUR’s support will go a long way to helping our Foundation make a change in people’s lives.”

The Courage Award includes a $25,000 charitable contribution to a charity of the award recipient’s choice. The award, along with the $25,000 donation, will formally be presented to Hoffmann at the Morgan Hoffmann Foundation Celebrity Pro-Am (June 21-22) at the New Jersey native’s home course, Arcola Country Club in Paramus, New Jersey. Last year’s two-day event raised more than $1 million for the Morgan Hoffmann Foundation.

“There are so many people who have supported me through this incredible journey, but I want to thank my wife, Chelsea, who has been my rock and with me every step of the way,” Hoffmann said.

“After my diagnosis, Chelsea didn’t bat an eye and the Foundation would not be here without her. I couldn’t have asked for anything more meaningful in my life than to have that support to go through this with.”

Hoffmann is in season two of a Major Medical Extension, granted after being limited to nine events in 2017-18 due to his condition. He played 11 events in 2018-19 and four in 2019-20, with three starts remaining.