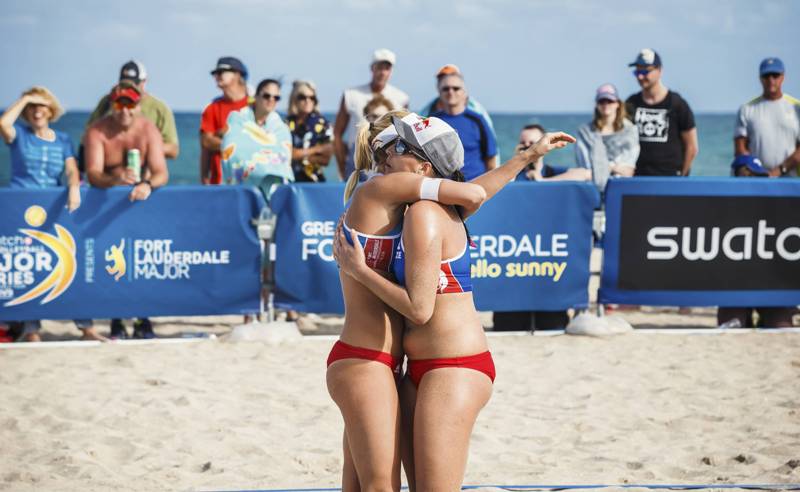 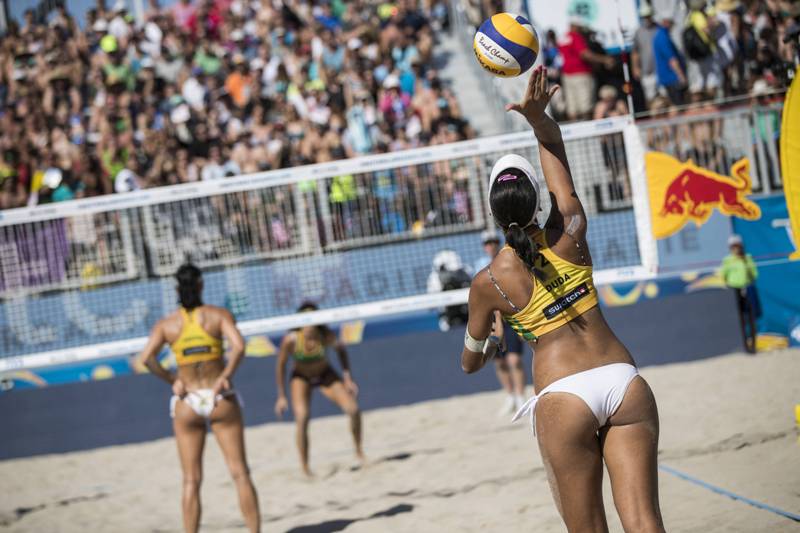 Sun, sea, sand and the best beach volleyball players in the world. Is there a better place to kick-off the Beach Volleyball Major Series 2018 season than in Fort Lauderdale?

It might be winter in the Northern Hemisphere, but the heat will be well and truly on as, for the third year running, beach volleyball is back in this iconic location on the glorious Florida coast.

Olympic and World Champions will battle it out in the Sunshine State for the right to win the first main prize of the season and a share of a cool 600,000 USD in prize money – the highest prize purse on the FIVB World Tour.

Twelve months ago, Brazil dominated the Fort Lauderdale Major between the palm trees, scooping four of the six medals. Saymon Barbosa and Álvaro Filho were the men who took home gold back to South America, while the women’s title was won by Larissa Maestrini and Talita Antunes.

However, chances are high that new names will stand on top of the podium this year. Larissa and Talita will not be in Florida to defend their title, with Talita announcing she is taking a break from the beach to have a baby. Álvaro and Saymon face a battle to make the main draw and will face a tough test in a hugely competitive qualification line-up – just as they had to do last year.

“Of course we’d love to start in the main draw, but it won’t disrupt us,” Saymon said. “To me, it only shows that we need to work harder than ever to accomplish our goals. But it won’t stop us. I have this déjà vu feeling about it. There will be hurdles, of course, but we are prepared to overcome them.”

Perhaps the gold medals will go the way of the Americans. Local heroes – including last year’s World Tour Finals champions Nick Lucena and Phil Dalhausser – will be backed by a passionate crowd, who will gather in their numbers to pack out the Red Bull Beach Arena.

“It’s our home tournament and we can’t wait,” said 38-year-old Lucena who grew up playing on this beach. “There’s nothing quite like playing beach volleyball in Florida at this time of year – especially if it’s in your home town.”

The European teams meanwhile will be hoping to end a 22-year wait for a gold medal on US sand. Among the talent flying across the Atlantic bidding for glory are Anouk Vergé-Dépré and Joana Heidrich. The Swiss stars featured in a special photoshoot, Intracoastal Beach Affair, alongside American wildcards Casey Patterson and Stafford Slick, to showcase this beautiful part of Florida.

The wait for the action is almost over with the men’s and women’s main draw competition beginning at 9am EST on Wednesday. The first knockout matches start on Thursday and every match can be watched live on the Beach Major Series BeachStream.